F-Zero was originally released for the Super Nintendo Entertainment System (SNES) in Japan on November 21, 1990, with the North America launch nearly a year later during August 1991. Some may remember it on the Virtual Console service across multiple Nintendo platforms over the years and as part of the Super NES Classic Edition in 2017. For those who’ve never heard of this game, it basically takes place in the year 2560, where multi-billionaires with lethargic lifestyles created a new form of entertainment based on the Formula One races called “F-Zero”. Read more for two videos, including a compilation of TV commercials, and additional information.

Players can select from four different characters in the game, each with their respective hovercar. You race against computer-controlled characters in fifteen tracks divided into three leagues, with the main goal being to simply beat opponents to the finish line while avoiding hazards such as slip zones and magnets that pull the vehicle off-center. Should the latter happen, your vehicle will either be damaged or fall off the track completely. A race consists of five laps around the track, each of which must be completed in a higher place to avoid elimination. 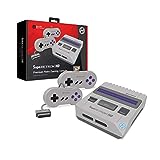 
The game’s big innovation was Mode 7, a form of texture mapping available on the SNES which allows a raster graphical plane to be rotated and scaled freely, simulating the appearance of 3D environments without actually having to process any polygons. This texture mapping applied in F-Zero consisted of a single-layer that is scaled and rotated around the vehicle.