British inventor Richard Browning is taking his Gravity Industries jet suit to new heights with the Royal Marines. What sets this invention apart from similar manned portable flight packs is that it uses additional jets attached to the hands, which means the wearer can steer by simply moving their arms, while the powerpack is secured to the wearer with metal frames. Read more for the video and additional information.

Currently, the maximum flying time for the latest prototype is around 10 minutes, powered by six micro-gas turbines. When the commercial version is released, you can expect to shell out about $250,000 USD. However, it can reach altitudes of up to 2000 feet in its current state, but it’s recommended that one travel no further than 10 to 13 feet above the ground. 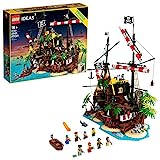 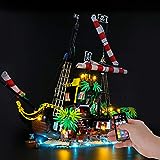 Gravity has to date been experienced by over a billion people globally and covered by virtually every media platform. The Gravity Team, based in the UK, have delivered over 100 flight & Speaking events across 30 countries including 5 TED talks,” said Richard Browning.

First Look at RUHAcam, an Open Source Raspberry Pi-Powered Digital Camera That You Can 3D Print