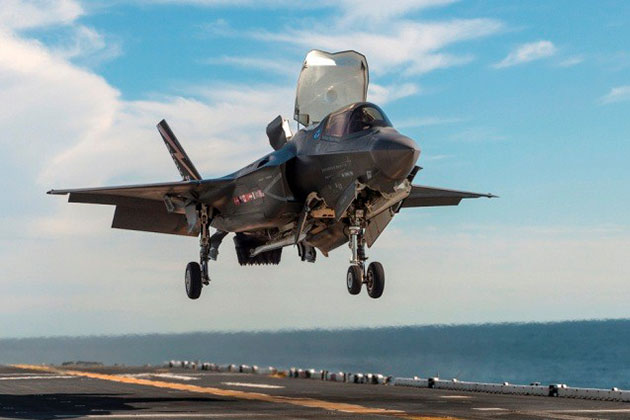 The F-35 is descended from the X-35, which was the winning design of the Joint Strike Fighter (JSF) program. It is being designed and built by an aerospace industry team led by Lockheed Martin. 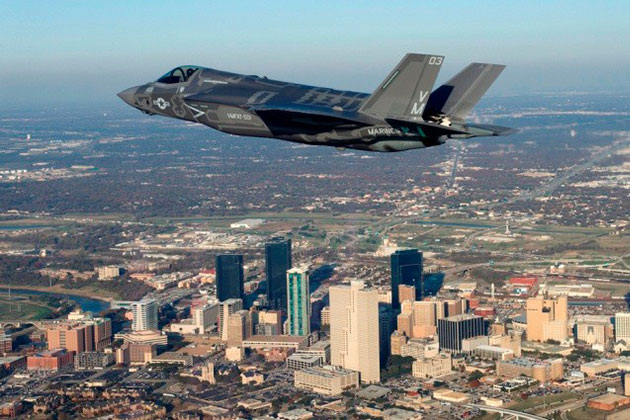 The United States plans to buy 2,457 aircraft. The F-35 variants are intended to provide the bulk of the manned tactical airpower of the U.S. Air Force, Navy, and Marine Corps over the coming decades. Deliveries of the F-35 for the U.S. military are scheduled to be completed in 2037. 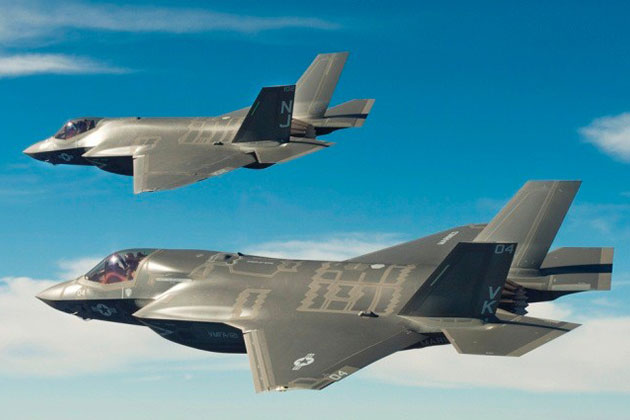 The Pratt & Whitney F135 powers the F-35. An alternative engine, the General Electric/Rolls-Royce F136, was being developed until it was cancelled by its manufacturers in December 2011. Neither the F135 or F136 engines are designed to supercruise, the F-35 can achieve a limited supercruise of Mach 1.2 for 150 miles.

The F-35 has been designed to have a low radar cross-section primarily due to the shape of the aircraft and the use of stealthy radar-absorbent materials in its construction, including fiber-mat. Unlike the previous generation of fighters, the F-35 was designed for very-low-observable characteristics. Besides radar stealth measures, the F-35 incorporates infrared signature and visual signature reduction measures.

1. Has No Landing Hook

Unlike other variants, the F-35B has no landing hook. The “STOVL/HOOK” control instead engages conversion between normal and vertical flight. Jet thrust is sent directly downwards during vertical flight; the nozzle is being redesigned to spread the output across an oval rather than circular shape in order to limit damage to asphalt and ship decks. The variant’s three-bearing swivel nozzle that directs the full thrust of the engine is moved by a “fueldraulic” actuator using pressurized fuel.

Stick a Turbocharged Engine on a Utility Terrain Vehicle, and You Get the Can-Am Maverick X DS