Photo credit: Lets Go Digital
Huawei is set to release its first foldable smartphone, the Mate X, in China next month. Even before its official launch, the company is already working on the second-generation Mate X 2, and this one may include a stylus pen, or at least according to a recent patent filing. Huawei Technologies filed the patent earlier this year with the USPTO (United States Patent and Trademark Office) and it was published on September 26, 2019, showing a foldable mobile phone. Read more for the patent and additional information. 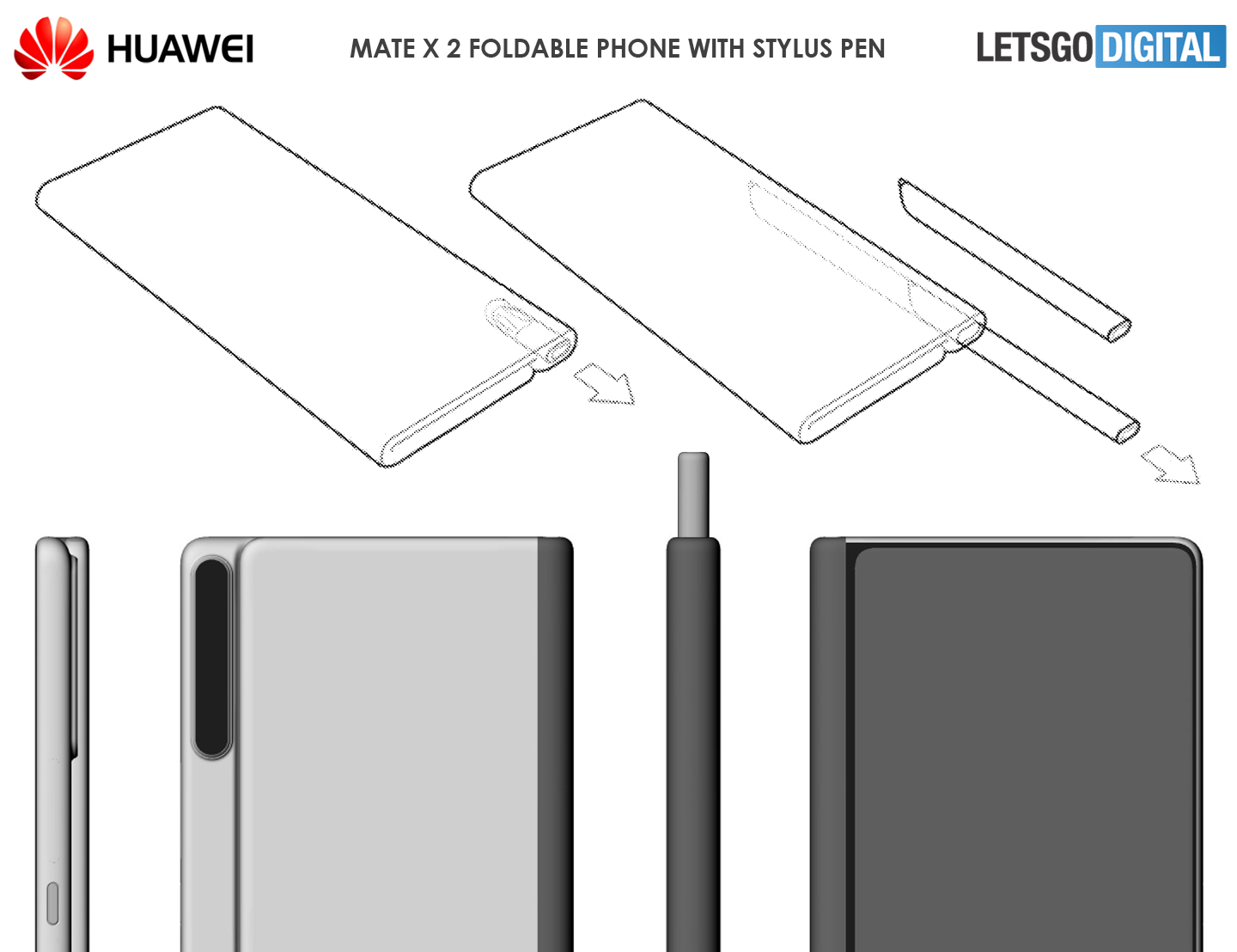 This foldable smartphone is similar to its predecessor, the Mate X, but now, there’s room for a stylus in the side bar, where the camera setup is located. Unfortunately, the sketches do not reveal much in the way of the camera setup or other components, like the fingerprint sensor, ports, etc., but it should most certainly have an upgraded chipset as well as a higher resolution OLED display.