Photo credit: Lets Go Digital
Huawei filed a design patent on November 28, 2018 and was published on February 28, 2019 by the EUIPO (European Union Intellectual Property Office) and the WIPO (World Intellectual Property Office) for a smartphone with a second display on the back. It resembles the Huawei P30, but with a smaller notch a near full screen design. What really sets this handset apart from the others is its extra display directly below the triple camera setup on the back, making it ideal for viewing selfie snaps. Read more to see the patent, additional pictures and information. 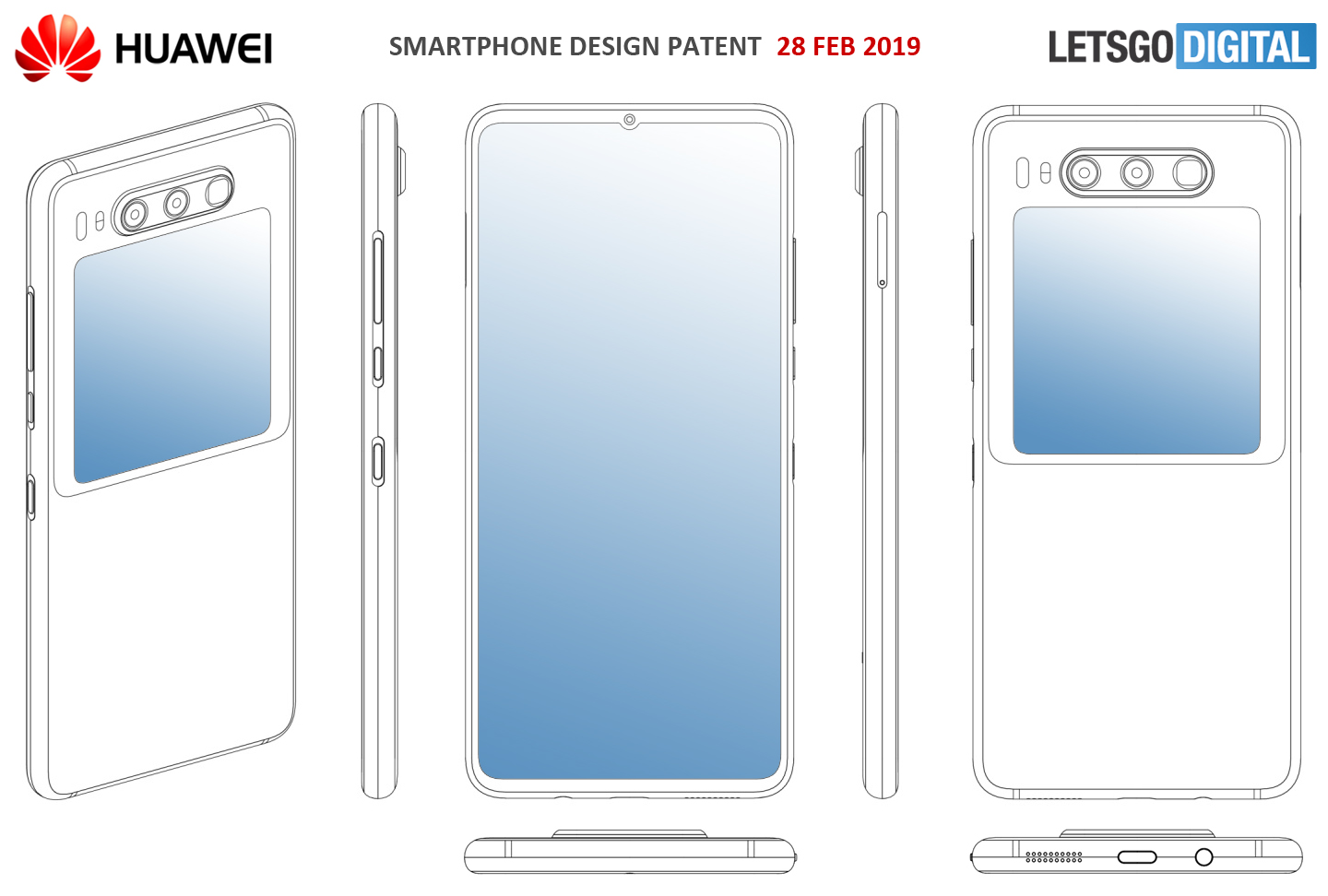 “The back of this Huawei phone houses a triple camera. The third lens differs from the other two lenses, the square-shaped lens indicates that Huawei wants to use the same periscopic camera system for this as with the P30. With this model, however, the cameras are positioned horizontally, rather than vertically. To the left of the three cameras is a flash and a laser autofocus system built-in,” reports Lets Go Digital. 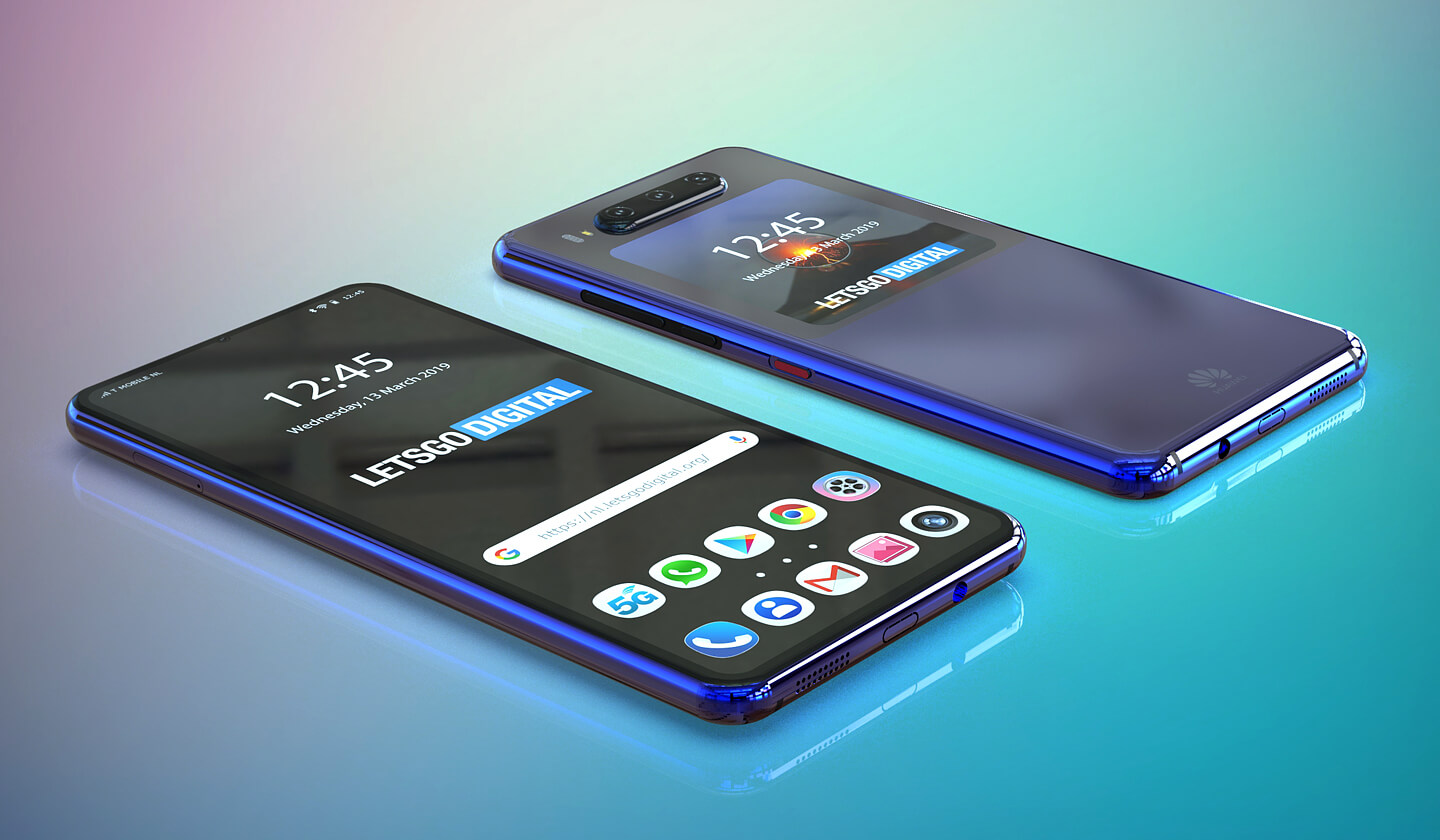 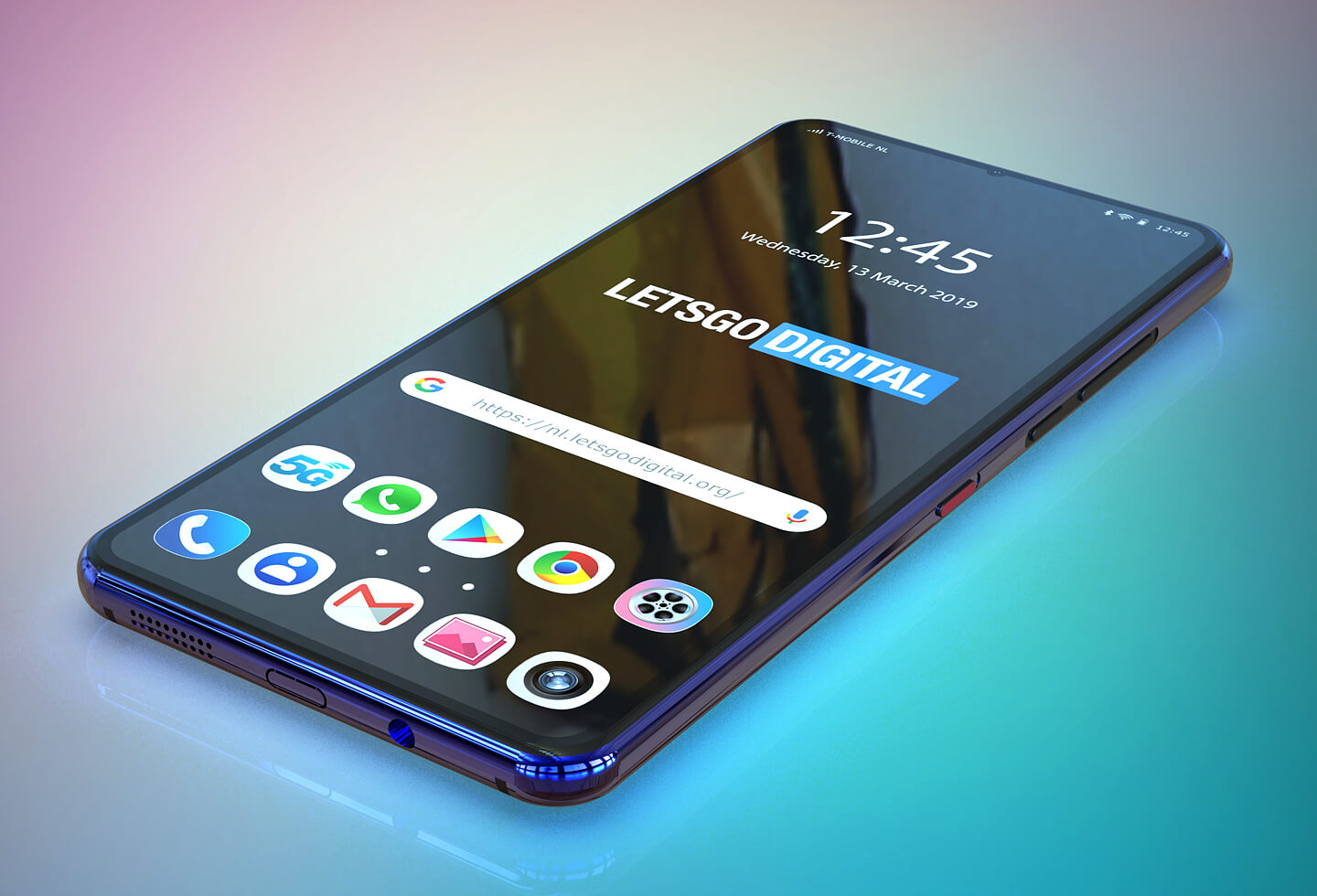 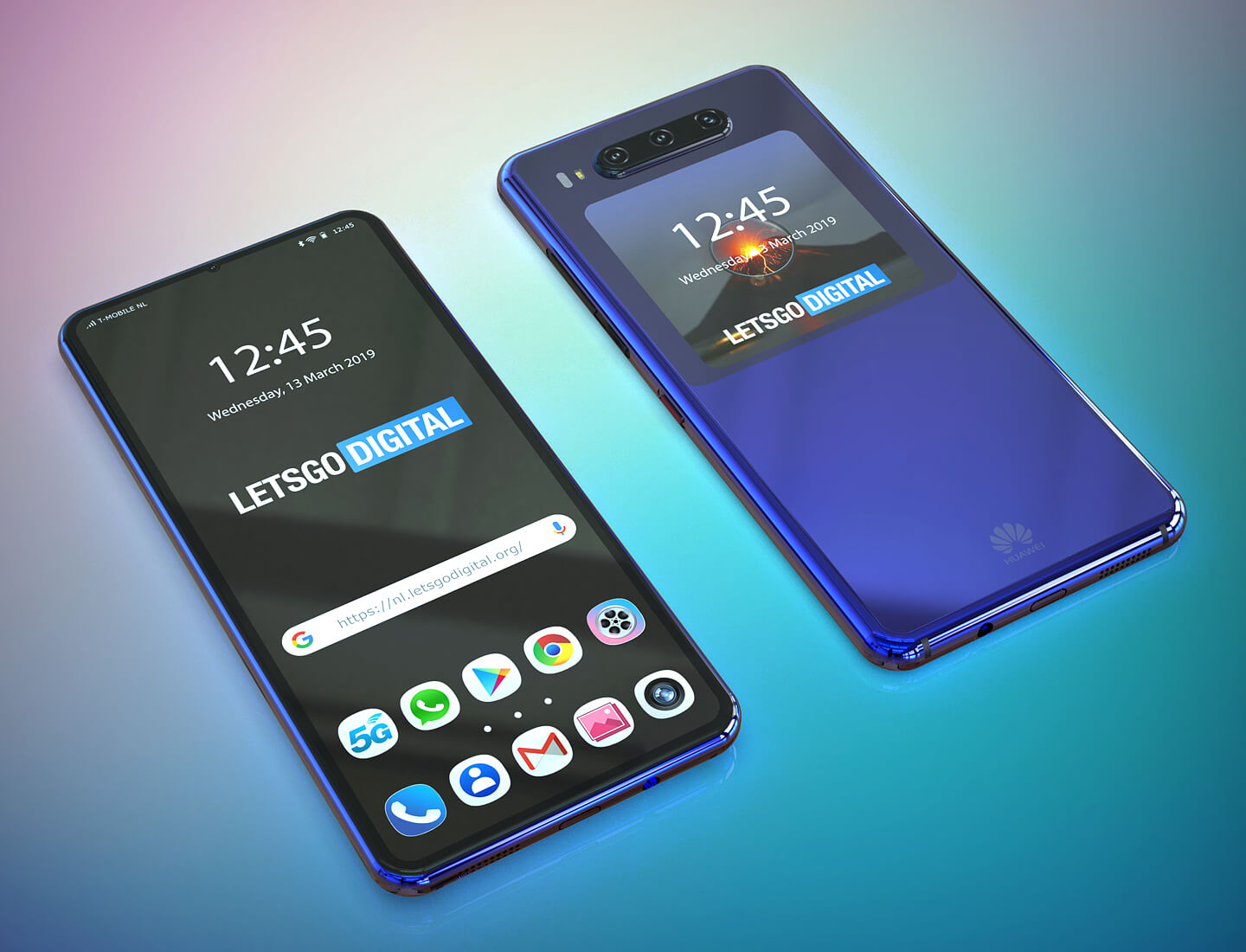