At first, this ring may look normal, but it’s actually made from the ejector nozzle of an SR-71 Blackbird. This long-range, Mach 3+ strategic reconnaissance aircraft was operated by the United States Air Force, and developed as a black project from the Lockheed A-12 reconnaissance aircraft in the 1960s by Lockheed and its Skunk Works division. Click here to view more pictures of the SR-71. Continue reading for another picture of the ring. 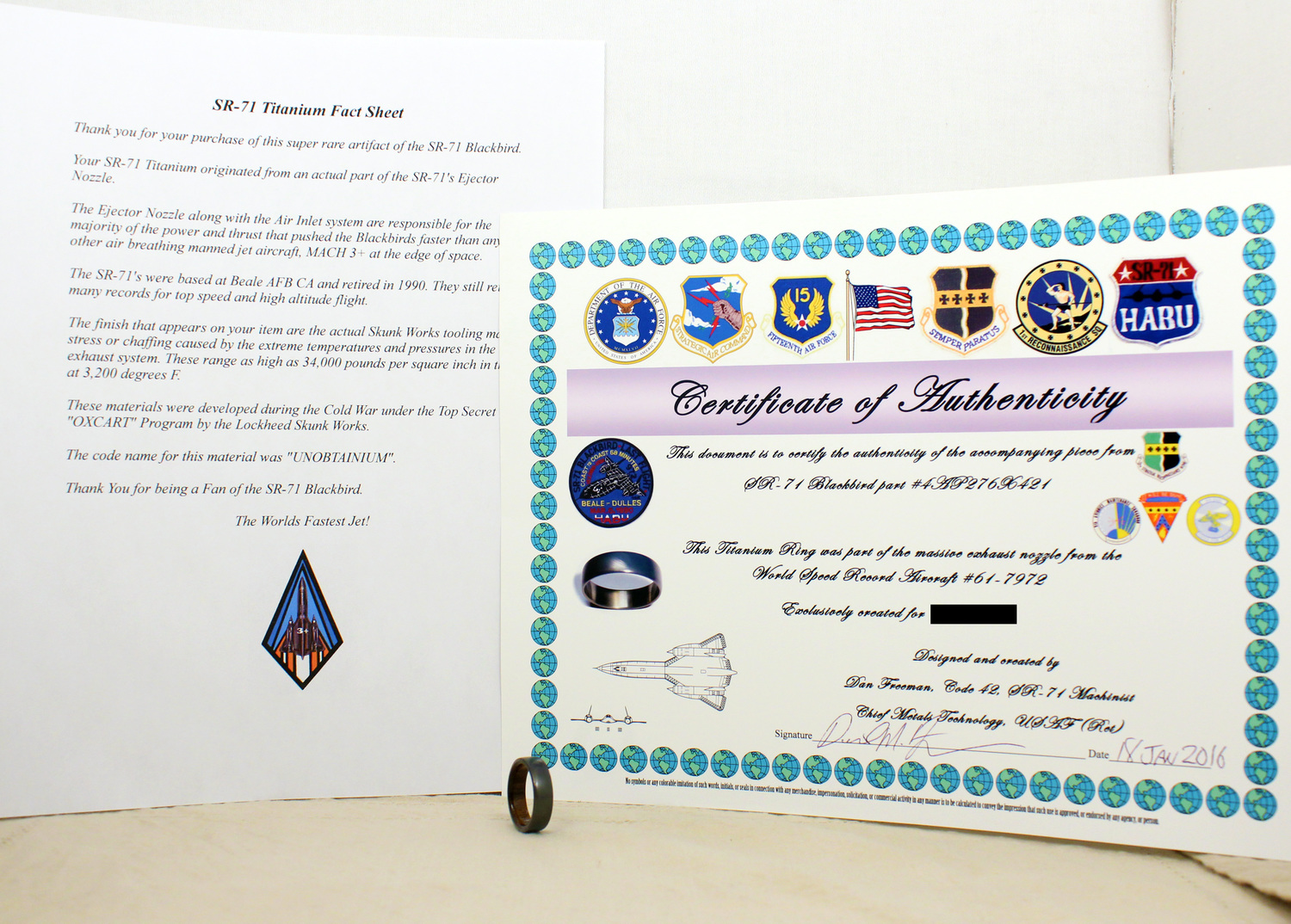 “The wood inner portion is teak reclaimed from the deck of The USS North Carolina (BB-55). She participated in every Pacific naval engagement during WWII collecting 15 battle stars thus becoming the most highly decorated ship in that theatre,” according to Wedgewood Rings.