Fisherman Hiroshi Hirasaka captured this massive wolffish off the island of Hokkaido, close to eastern Russia, and it might be the largest ever discovered. The species usual only grow to around 112 cm and weigh 15kg, but the one found lurking beneath the Pacific Ocean measured in at staggering 2-meters long, twice the normal size. Many people on social media are saying that this might have been caused by the Fukushima nuclear disaster. Continue reading for another picture and more information. 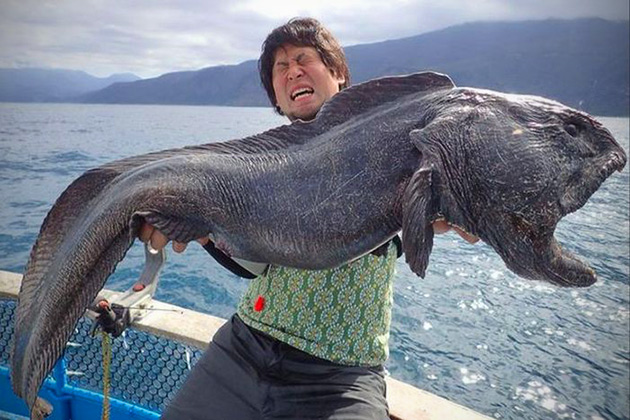 Apparently, Hirasaka grilled up this wolffish shortly after the pictures were posted. He travels the world to eat strange creatures and has even written a book called “Exotic Fish Species: I Caught, Judged and Tried Eating.” According to Hirasaka, “It was worth flying to Shiretoko [Hokkaido] twice within three months.”

Ultra Bright ThorFire C8s CREE XM-L2 Tactical Torch is Perfect for the Outdoors, Get One for Under $15 – Today Only