Unlike previous single-location installments, Ken Block’s Gymkhana TEN takes viewers on an epic journey to five very unique and different locations in several vehicles. The hooning begins in Luleå, Sweden, with Block piloting the current 2018 Ford Fiesta WRC on snow and ice, and then jumps to Detroit, Michigan, where he decimates the tires of a Ford Mustang RTR Hoonicorn V2 with 1,400 horsepower on the streets of the Motor City. From there, you’re transported to Guanajuato, Mexico in his Ford Focus RS RX rallycross car. Read more for a behind-the-scenes video and additional information.

Things get real crazy during the jump to Los Angeles, California, with Block driving his beloved Ford Escort Cosworth Group A car on a mixture of both tires and bare metal wheels, sliding out of control while creating massive sprays of sparks. Finally, the historic Route 66 in Shamrock, Texas, comes into view for the world debut of Block’s all-new 1977 Ford F-150 Hoonitruck. 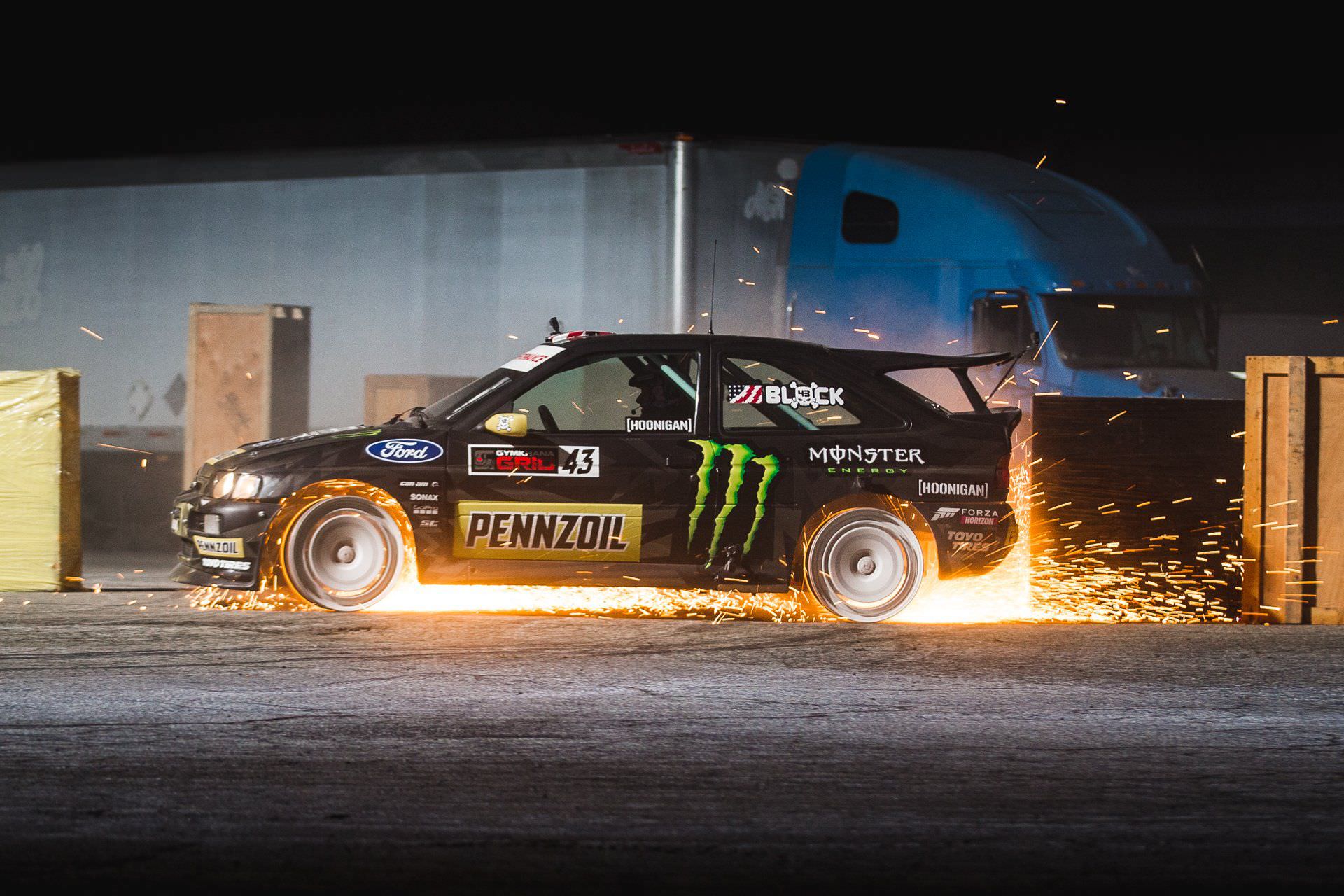 “Production for the new project is chronicled in the Amazon Prime original series The Gymkhana Files, which premiered in November. The show covers everything from Block’s start as a co-founder of DC Shoes and his early rally career to more recent efforts, like trying to keep his 1400-horsepower “Hoonicorn” Mustang from sliding off a dusty section of the Pikes Peak hill-climb,” reports Car&Driver. 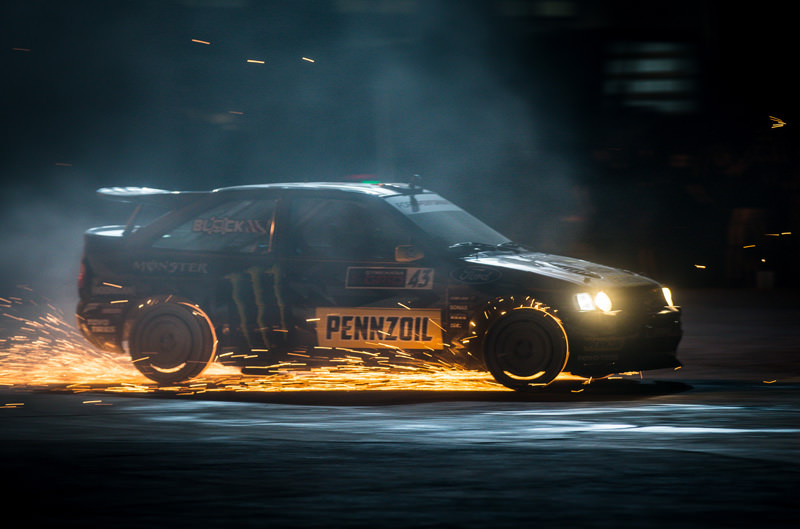 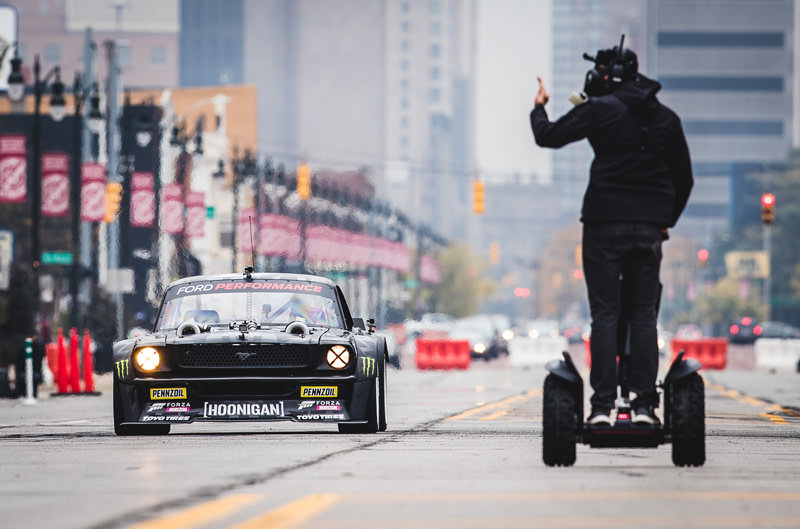