Photo credit: James Wenzel
The University of California, Berkley campus have been invaded by KiwiBot autonomous delivery robots, but this past Friday, students found one of the 100+ active robots in flames. Apparently, a “defective battery” that had been accidentally installed in the robot was the cause, according to the company. “One of the batteries for our robot that was idling started smouldering, eventually leading to some smoke and minor flames. A member of the community acted swiftly to extinguish the flames using a nearby fire extinguisher,” the company said in a statement. Read more for another video about the Kiwibot and additional information.

When this robot fire was discovered, Kiwi suspended all of its vehicles and delivered food orders by hand to students on campus. To date, they’ve delivered more than 10,000 meals successfully, and without major incident. Kiwi has put in custom software that will rigorously monitor the state of each battery to prevent this from happening again. 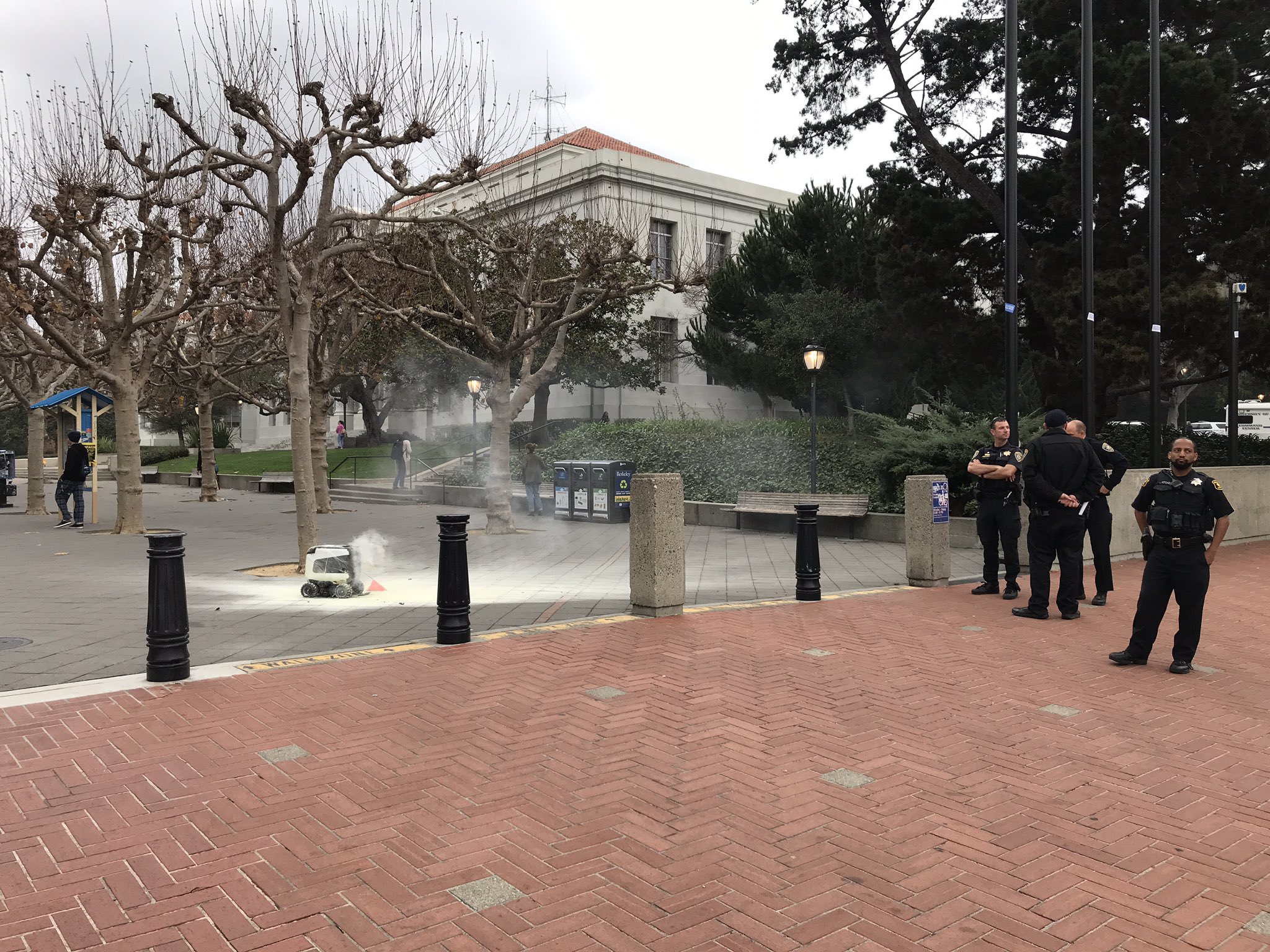 “The KiwiBots are currently only available in Berkeley, and are designed to handle the last 300 meters of food deliveries. Kiwi’s delivery process costs $3.80, and is formed of three different parts. First a robot carries a food order from a restaurant’s counter to the street, where it is then picked up by a courier on a tricycle. This courier then takes the food delivery to within a few hundred meters of its destination, before a KiwiBot is used to take it directly to a person’s door,” according to The Verge.