Nintendo released the Famicom in Japan on July 15, 1985, and to commemorate its 35th anniversary, LEGO officially announced the NES (7134) set today. This 2,646-piece, brick-built NES features realistic details, a cartridge slot for the Game Pak, complete with a locking function, and a controller with a connecting cable / plug. To finish off the look, it also comes with a retro TV and a flat 8-bit Mario figure on the scrolling screen. Read more for a video, additional pictures and information.

If you also have the LEGO Super Mario Starter Course Set, you’ll be able to scan the figure so he reacts to the on-screen enemies, obstacles and power-ups just like the real game. The TV itself sports a handle-operated scrolling screen. It measures over 8” (22.5cm) high, 9” (23.5cm) wide and 6” (16cm) deep, and alongside the NES model makes a great conversation starter for your home or office. Available August 1st, priced at $199.99. 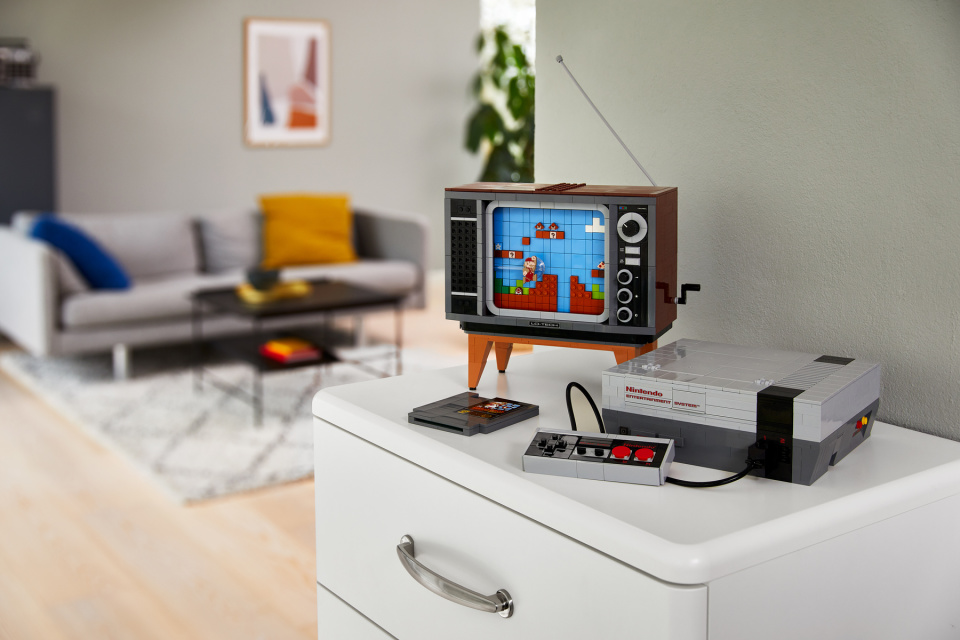 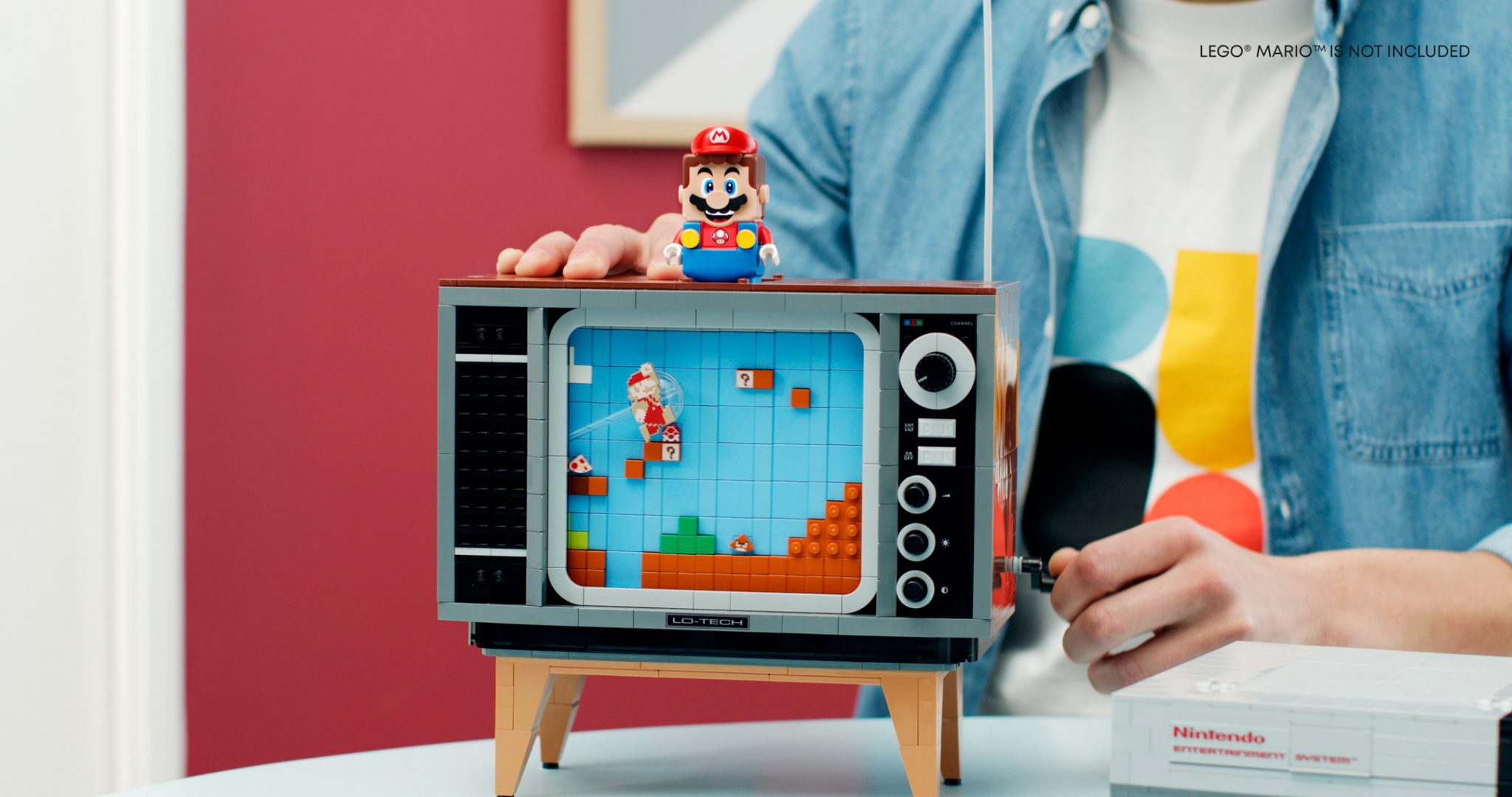 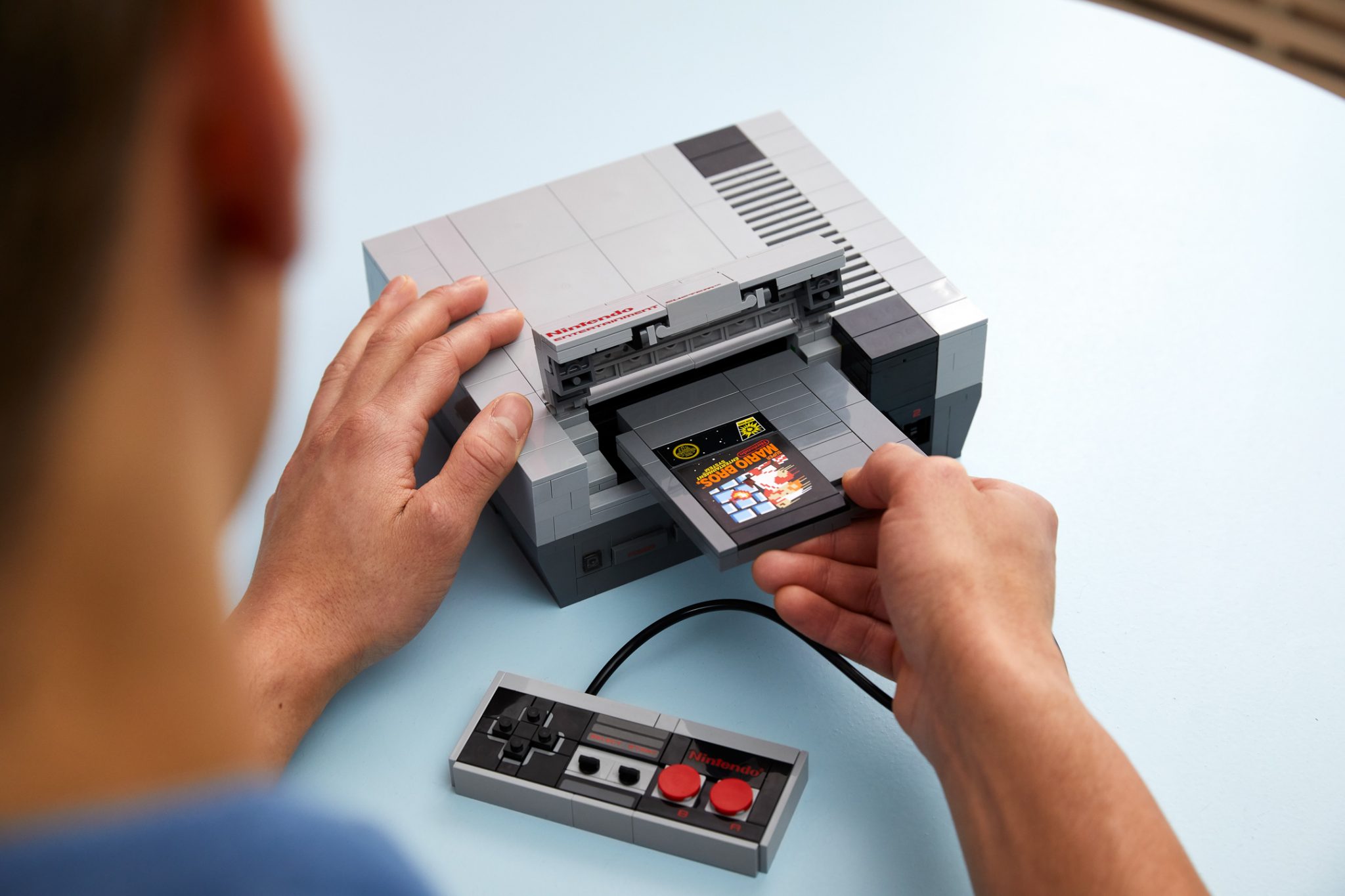 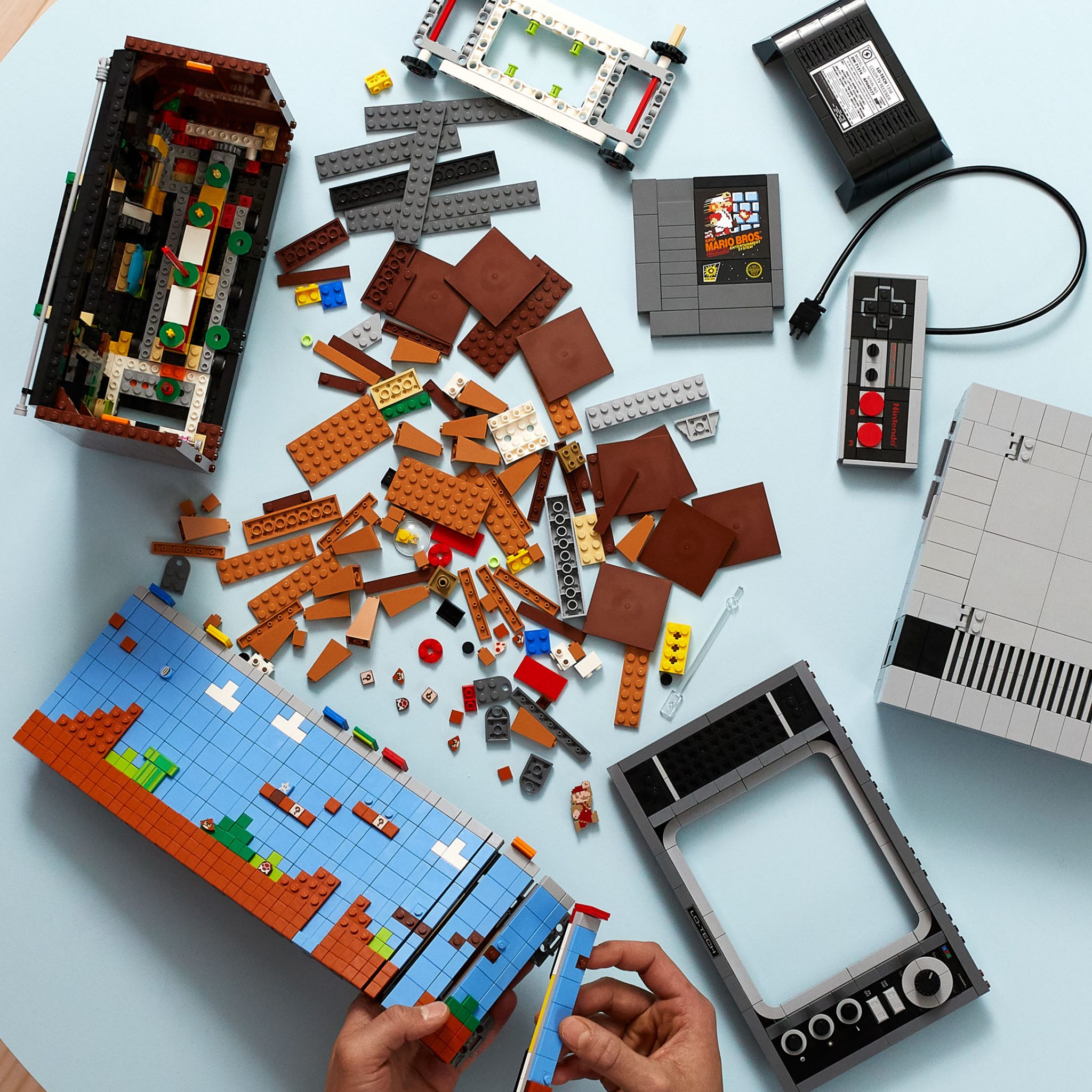 Super Mario has been a cherished figure in the gaming world for over thirty years now. Many adults still fondly remember that first time they saw Mario leap across the small screen, even if the graphics were a lot simpler than they are today. With the LEGO Nintendo Entertainment System, we’re letting them truly indulge in that nostalgia, recreating one of the most-loved consoles of all time so they can see the Super Mario from their childhoods once again – and even to share the experience of gaming in the 1980s with their own children,” said Maarten Simons, Creative Lead on LEGO Nintendo Entertainment System, the LEGO Group.