YouTuber Logan Paul has been known for some crazy stunts, but his latest project might have angered some Nintendo fans. Why? He took 15 Game Boy Color consoles and turned them into an epoxy resin table, complete with a metal Pokemon frame to prevent edge wear. There’s no mention on if these handhelds were previously working, but should they all be non-functional, it’s a creative way to repurpose them.


Not all of these were the standard Game Boy Color console, as there were a few collectible versions thrown in, like the Pikachu edition. First released in 1998, the GBC boasted a color screen instead of monochrome, but features the same custom 8-bit processor made by Sharp that is considered a hybrid between the Intel 8080 and the Zilog Z80 from its predecessor. 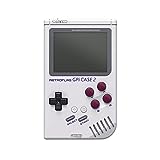