We have seen the future of racing, and it includes the Maca S11. This hydrogen-powered automobile and helicopter (carcopter) hybrid is designed for speed, safety, and sustainability. Priced just over $900,000 USD, this eVTOL will take to racetracks around the world some time in 2023, and guests who visited the company’s booth at CES this past week was able to experience a race in augmented reality. Read more for a video and additional information.

The full-sized production model will be able to hit a top speed of 155mph and has room for a single pilot, guarded by several AI-powered obstacle / collision avoidance mechanisms in case anything goes wrong. Power comes from three duo-rotors and six electric motors, all running on hydrogen that generate approximately 268 horsepower. Maca aims to have functional prototypes flying later this year. 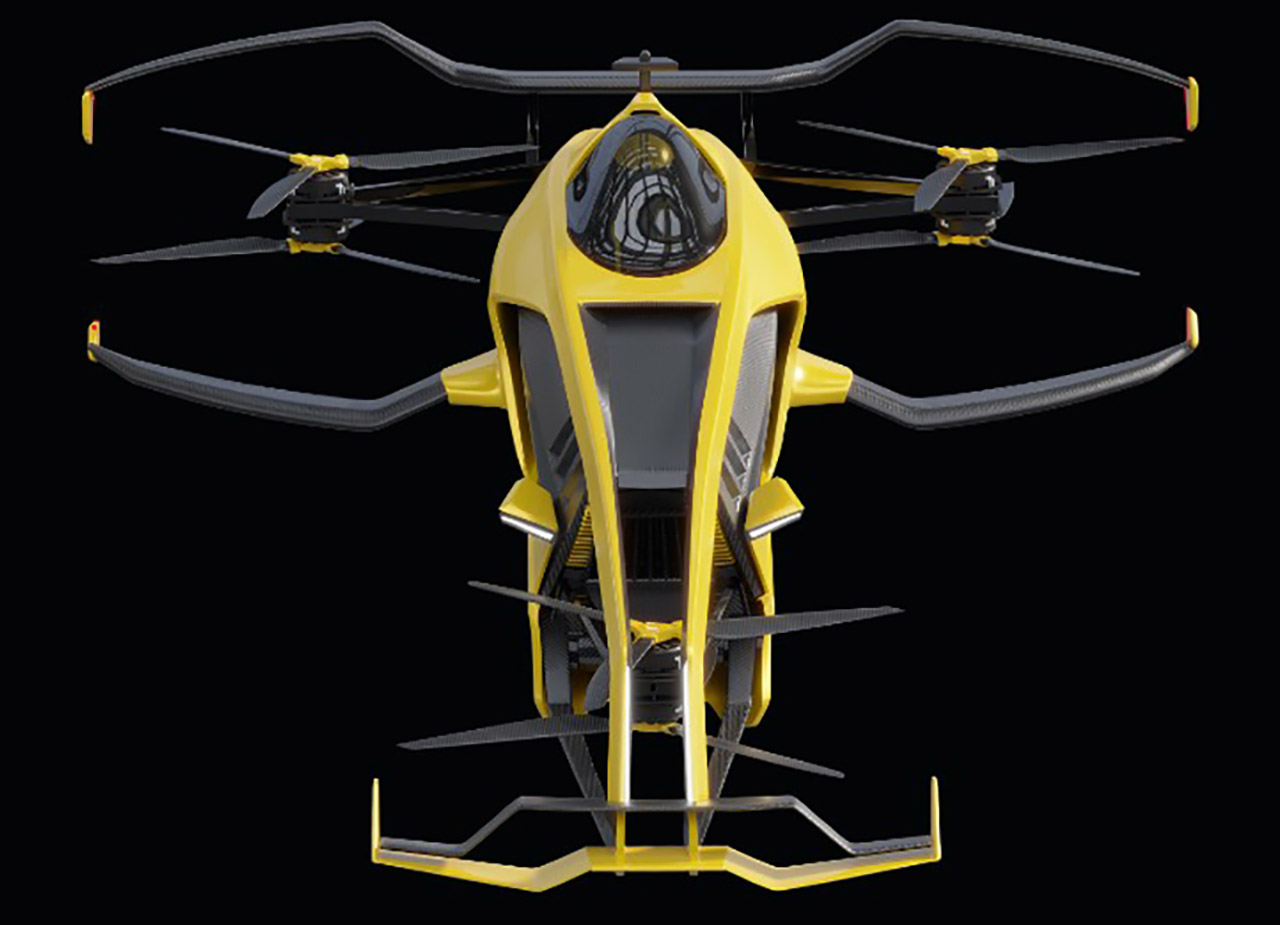 While most companies are relying on electricity or traditional fossil fuel to power their vehicles, Maca deploys clean-burning hydrogen-based fuel cells, which allows for longer flight times and green energy sustainability. The ultimate objective is for MACA to deliver what we have all anticipated for well over half a century… the creation of a realistic flying vehicle answer to urban congestion,” said Thierry de Boisvilliers, Maca chief operating officer.