You’ve probably seen Sony’s Aibo robotic dog, but if you’ve always wanted a cat version, MarsCat by Elephant Robotics should do the trick. This bionic cat robot autonomously moves around, thanks to 16 motorized joints, and can also randomly perform various activities, like playing, sleeping, and covering up waste in a litter box.

It features a nose-mounted camera, depth-sensing laser, microphone, speaker, six capacitive touch sensors, a Raspberry Pi computer, servos and battery pack to make all the magic happen. This robot is also capable of recognizing multiple objects, such as the three included toys, while avoiding obstacles and responding to voice commands. Over time, MarsCat will develop a distinct personality based on how the owner interacts with it. You can pre-order one for $649 on Kickstarter, with the planned retail price set at $1,299. 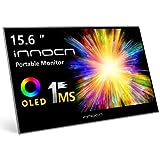