Not just a myth, beachgoers in the Spanish community of Cantabria were astonished Tuesday when they stumbled onto the carcass of a giant 30-foot-long squid that had washed ashore almost fully intact, and weighed nearly 400 pounds. According to Grind TV, it “was delivered to the Maritime Museum of Cantabria, where it was cleaned and frozen, while a decision is awaited between museum scientists and the government as to what will be done with the colossal cephalopod.” Continue reading for one more picture and information. 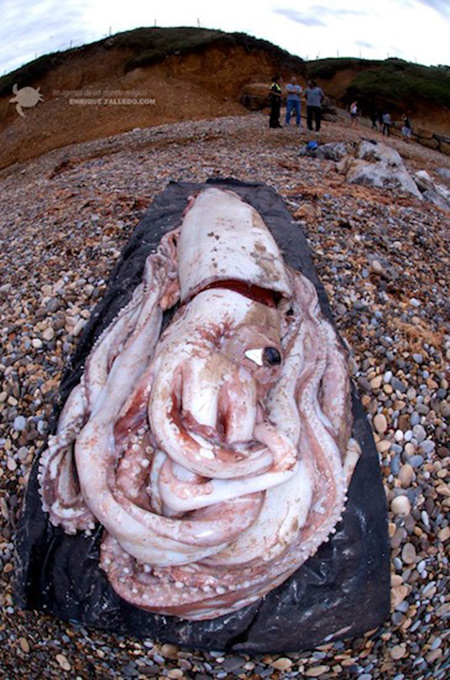 The discovery was incredible because giant squid are extremely elusive and “reside at depths of between 1,000 and 3,000 feet, and most of what scientists have learned has come from carcasses that have washed ashore, and rarely are entire carcasses found.”