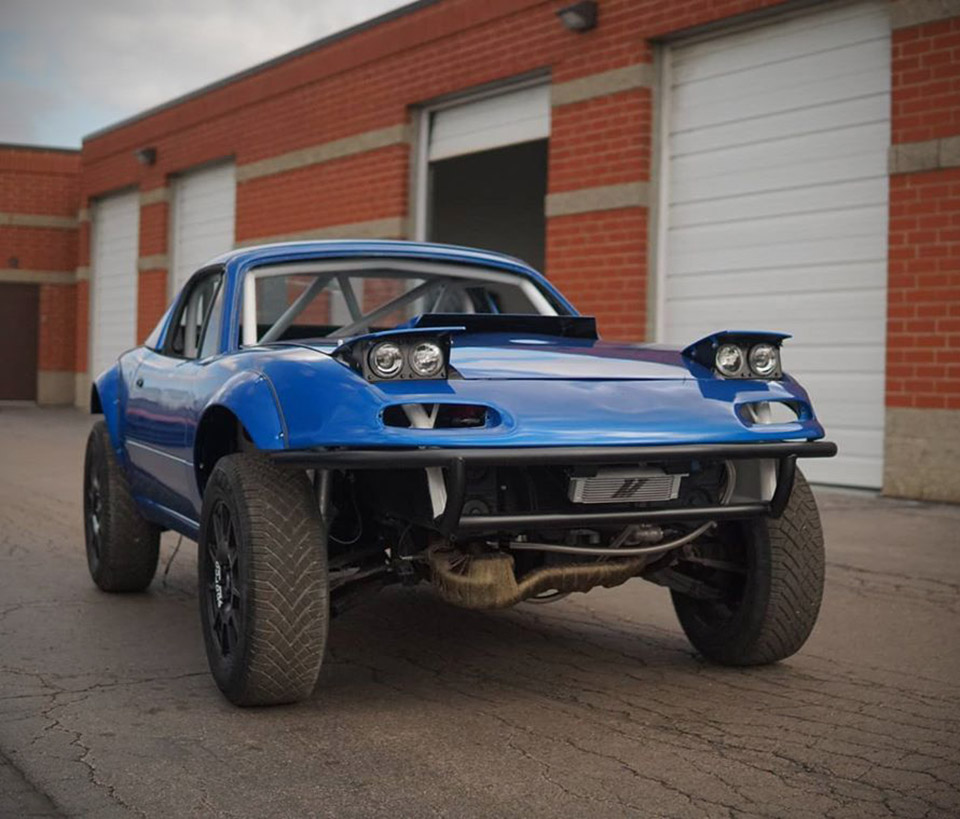 Photo credit: Gingium
When is a Mazda MX-5 Miata not just a roadster you cruise around town in? When you merge it with a Subaru WRX. Simply put, the car is pieced together, starting with WRX’s all-wheel-drive powertrain and Subaru-spec EJ four-stroke engine. First, the engine was assembled before the brakes, wheels, body panels, and lights were installed. Read more for a video, additional pictures and information.

The car isn’t quite finished yet, as you can see the front hasn’t been fully assembled, so you’ll notice that the gaps and such are a little off. Yes, the MX-5 has now been finished in World Rally Blue as well, making it perfect for the muddy backroads. 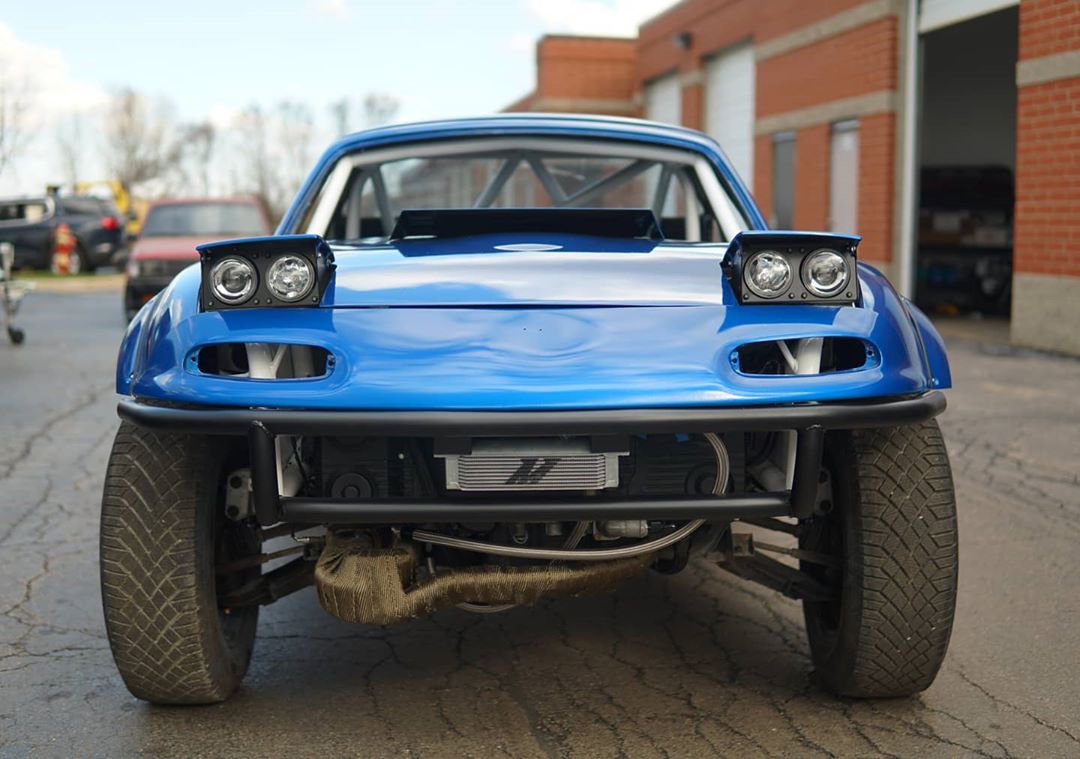 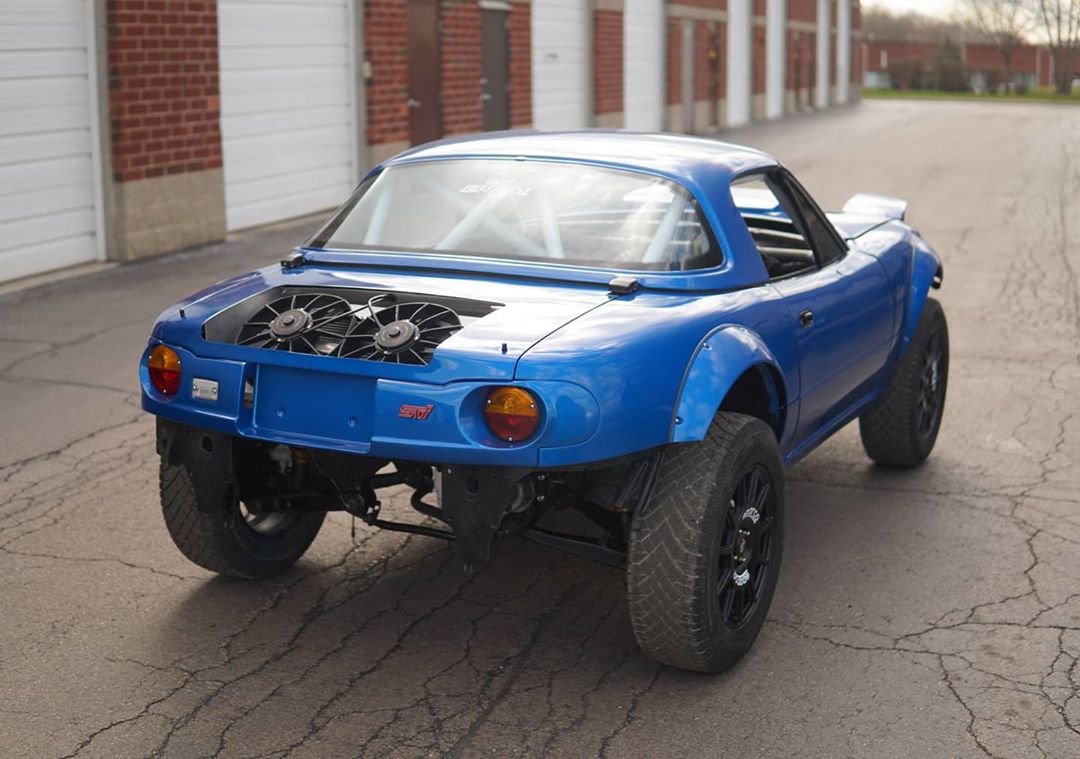 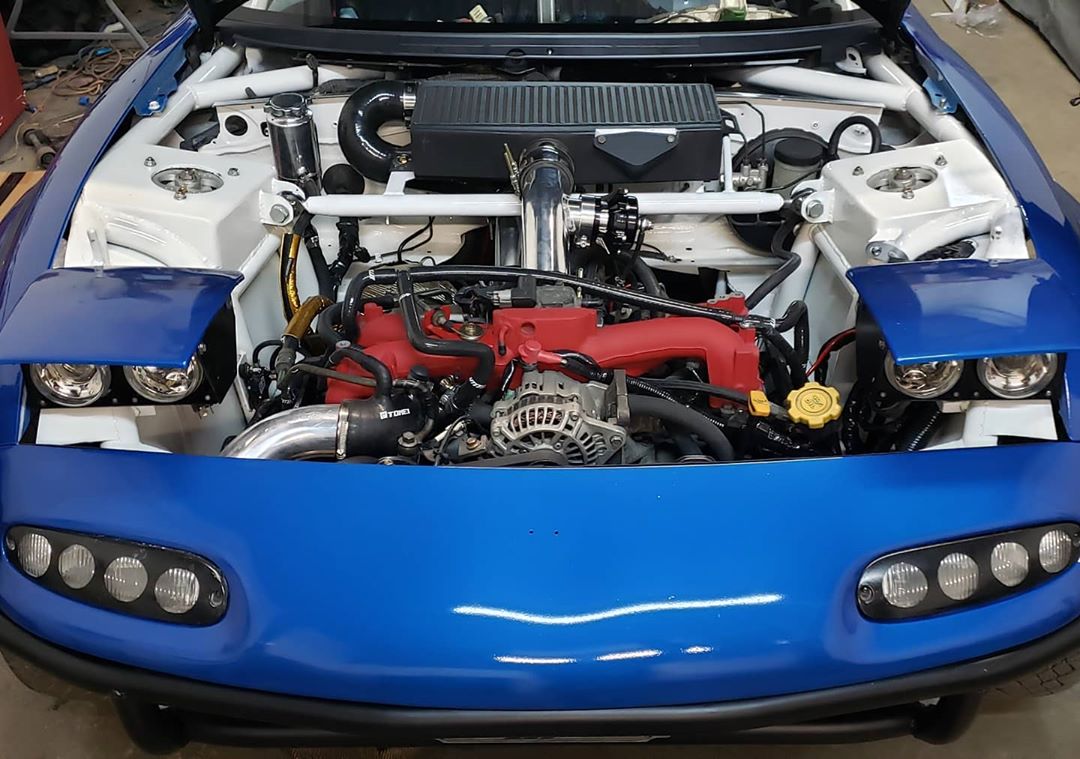