The Mercedes-Benz VISION AVTR (ADVANCED VEHICLE TRANSFORMATION) was inspired by the Avatar movie and first unveiled at CES 2020 back in January. It aims to showcase a new interaction between humans, machine and nature. By just lifting a hand, the menu selection is projected onto the palm, through which the passenger can intuitively choose between different functionalities, while a curved display module creates the visual connection between passengers and the outside world. Read more for the first road test video, additional pictures and information.

Rather than a traditional steering wheel, this vehicle comes equipped with a multi-functional control element in the center console that enables human and machine to merge. Simply put your hand on the control unit, and the interior comes to life by automatically recognizing the driver by his or her heartbeat and breathing. 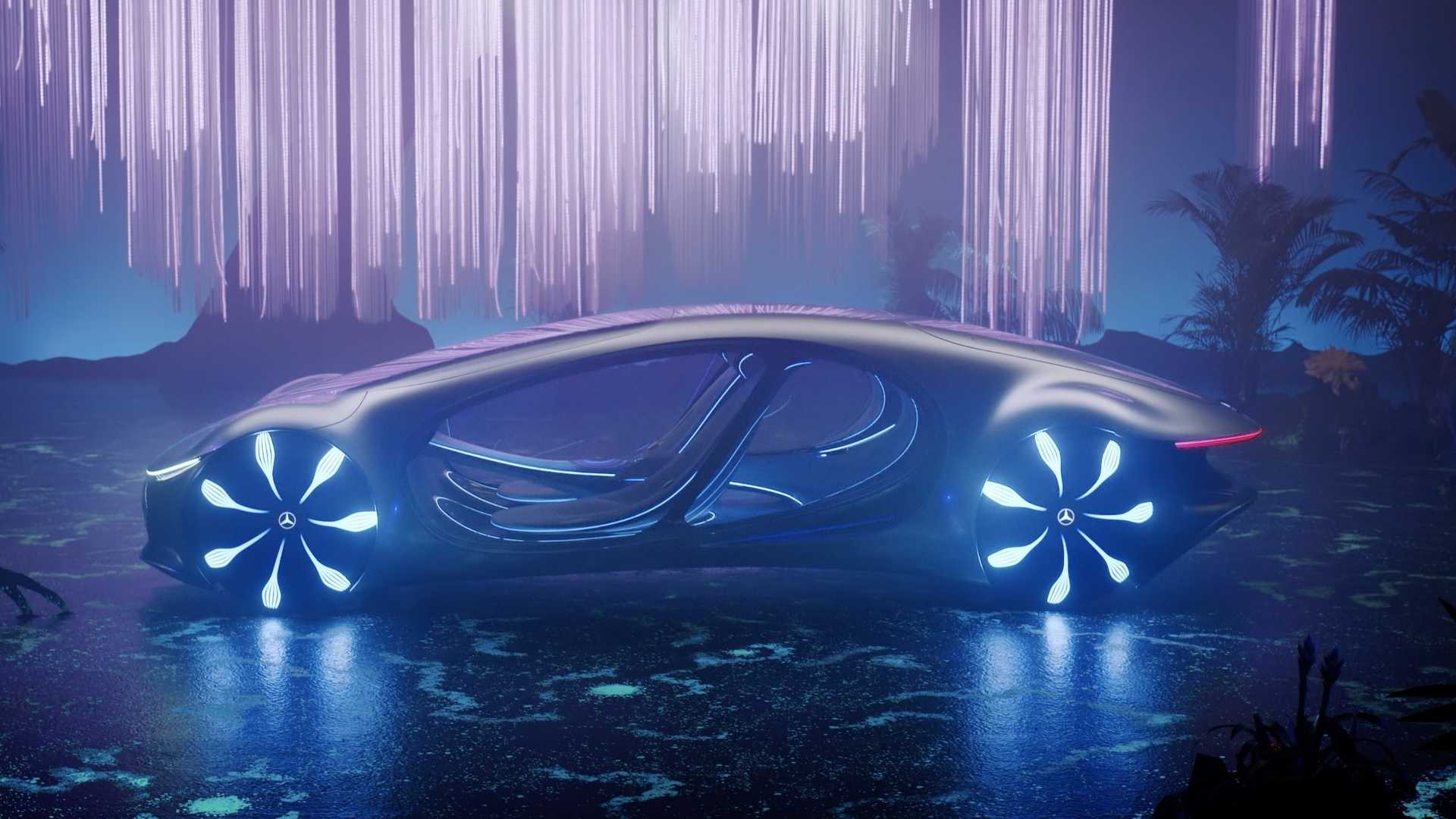 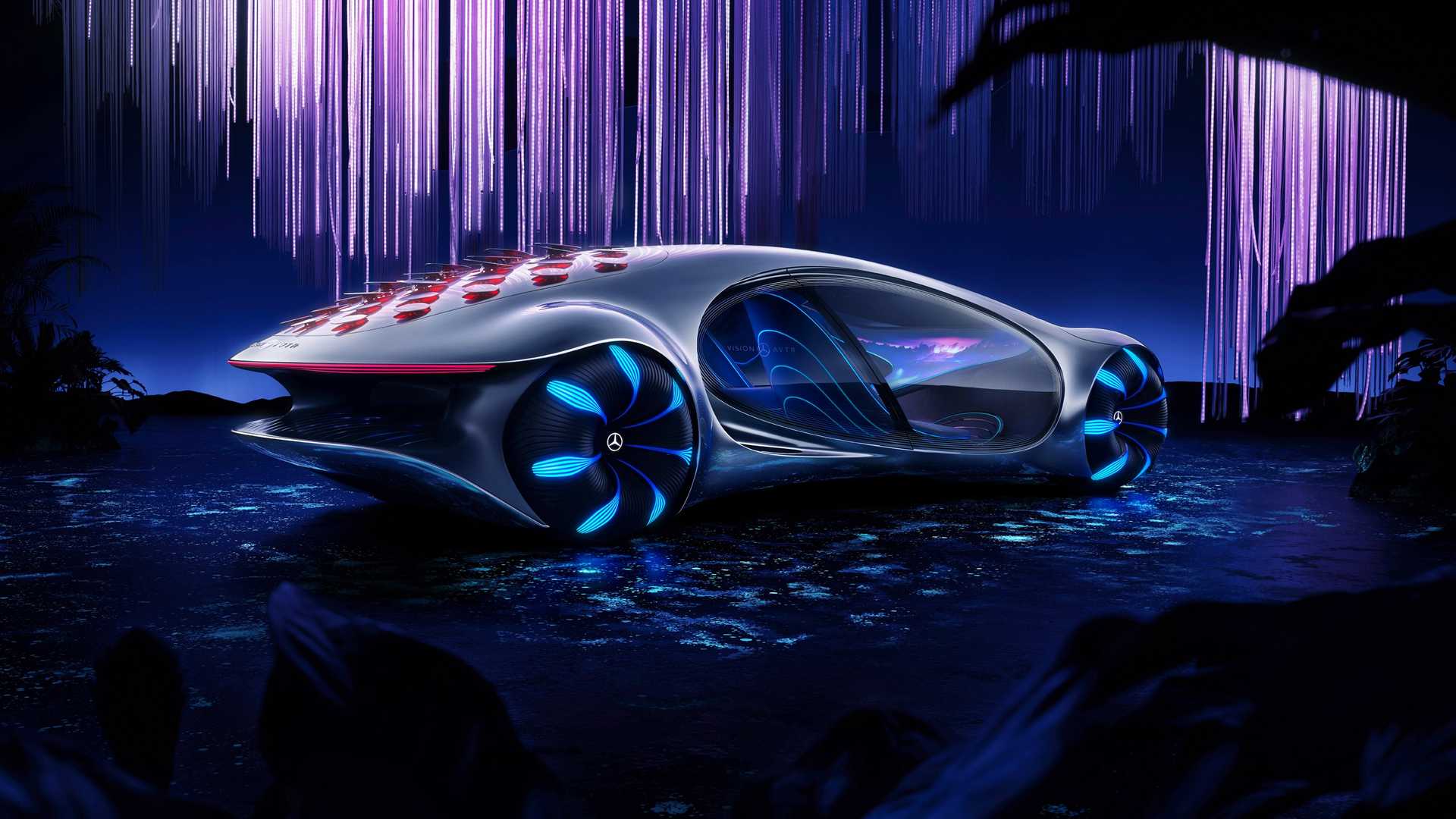 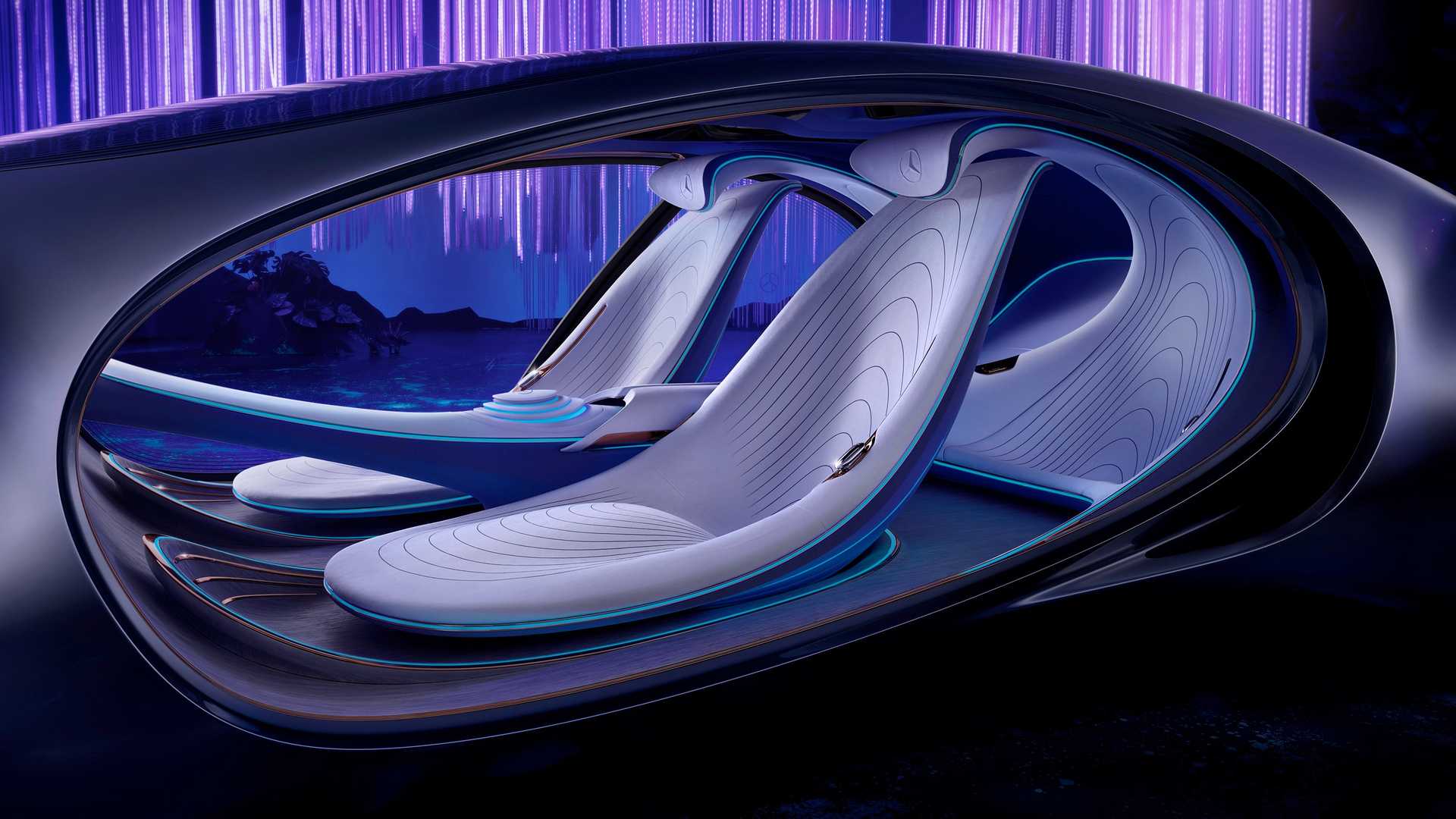 The 33 ‘bionic flaps’ on the back of the vehicle are reminiscent of scales of reptiles. They can communicate with the driver and through the driver with their outside world through naturally flowing movements in subtle gestures. Due to the possibility to drive the front and rear axles in the same or opposite direction, the VISION AVTR can move sideways by approx. 30 degrees, in contrast to conventional vehicles. The so-called “crab movement” gives the concept vehicle an animal-like appearance even in its movement,” said the company.