Unveiled at the 2019 Frankfurt Motor Show, the Mercedes-Benz Vision EQS looks to be straight from a TRON movie. It’s powered by a 100 kWh battery pack good for a 435-mile range on a full charge that feeds dual electric motors (front axle / rear axle) that produce a combined 469 horsepower and 560 pound-feet of torque, enabling it to hit 60 mph in under 4.5 seconds, while topping out at over 124 mph. Read more for a video, additional pictures and information.

What really sets the VISION EQS apart from other electric vehicles are it 940 individual LEDs on the black panel grille, 229 individual LED stars on the rear and a “lightbelt” that connects the front lights to the rear. Plus, it has Digital Light headlights with each unit sporting four holographic lens modules that rotate at over 2,000 rpm to generate what the human eye perceives as a static image. These light modules can be used to communicate with other drivers on the road with light using any image you can think of. 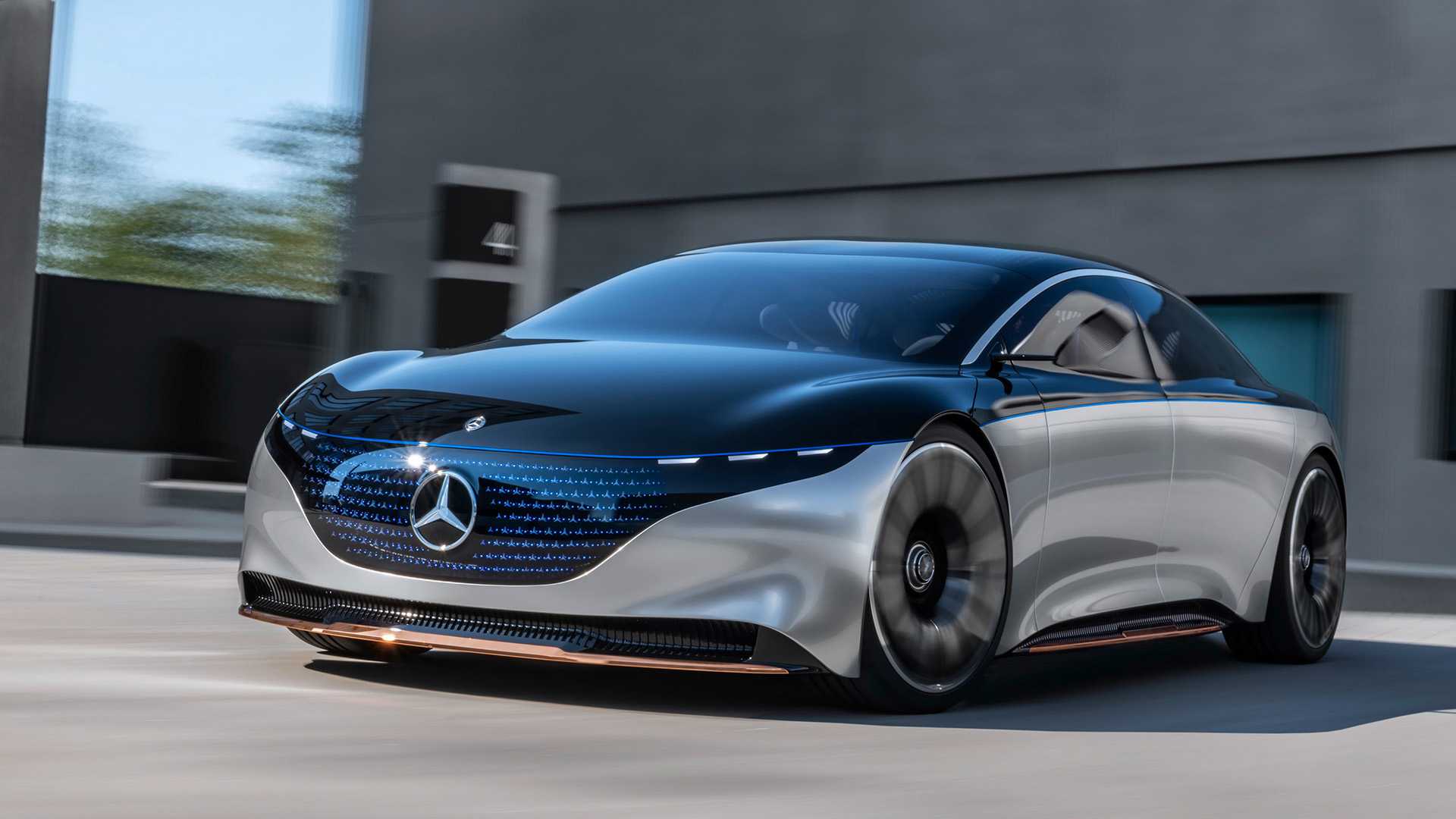 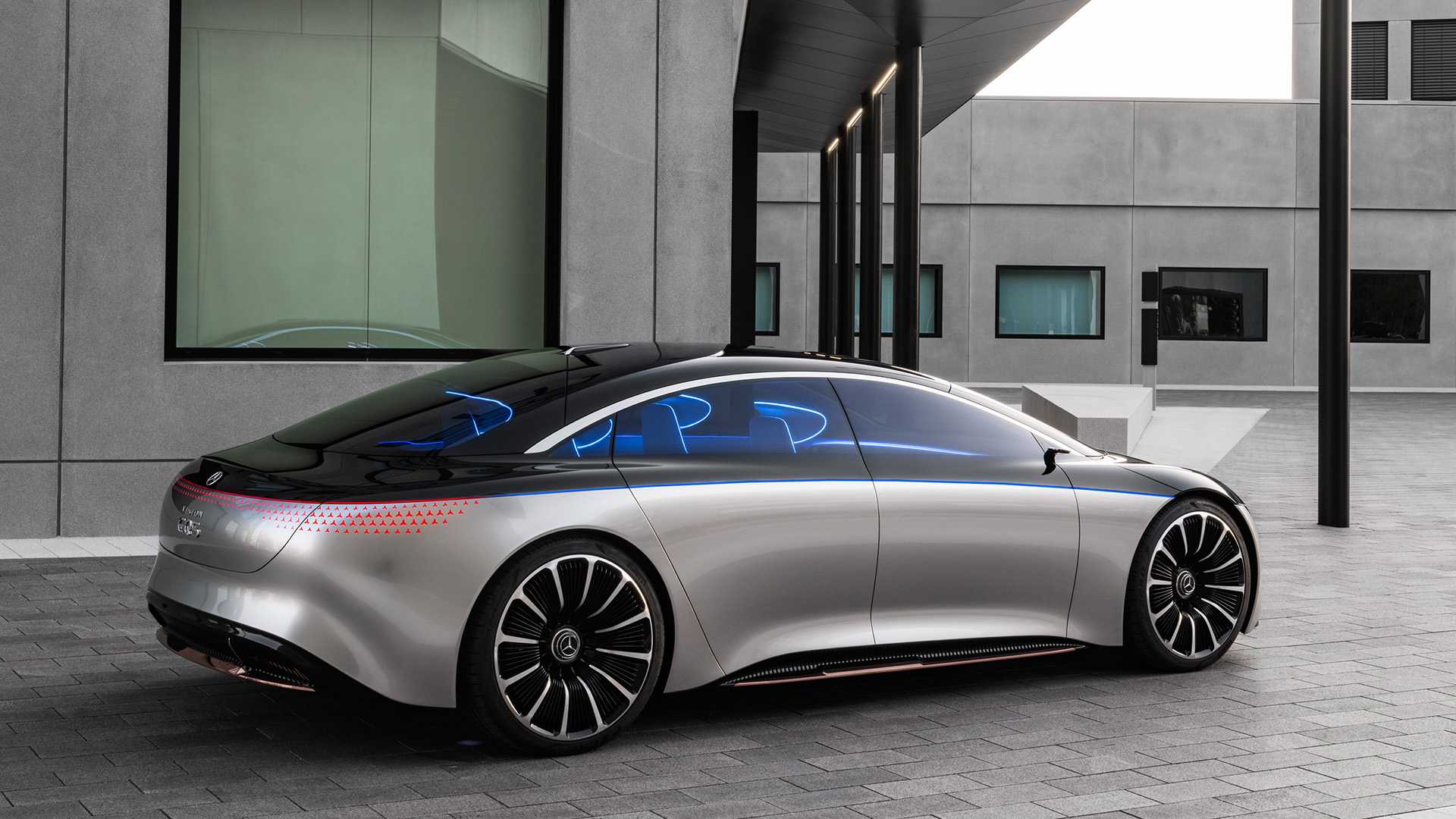 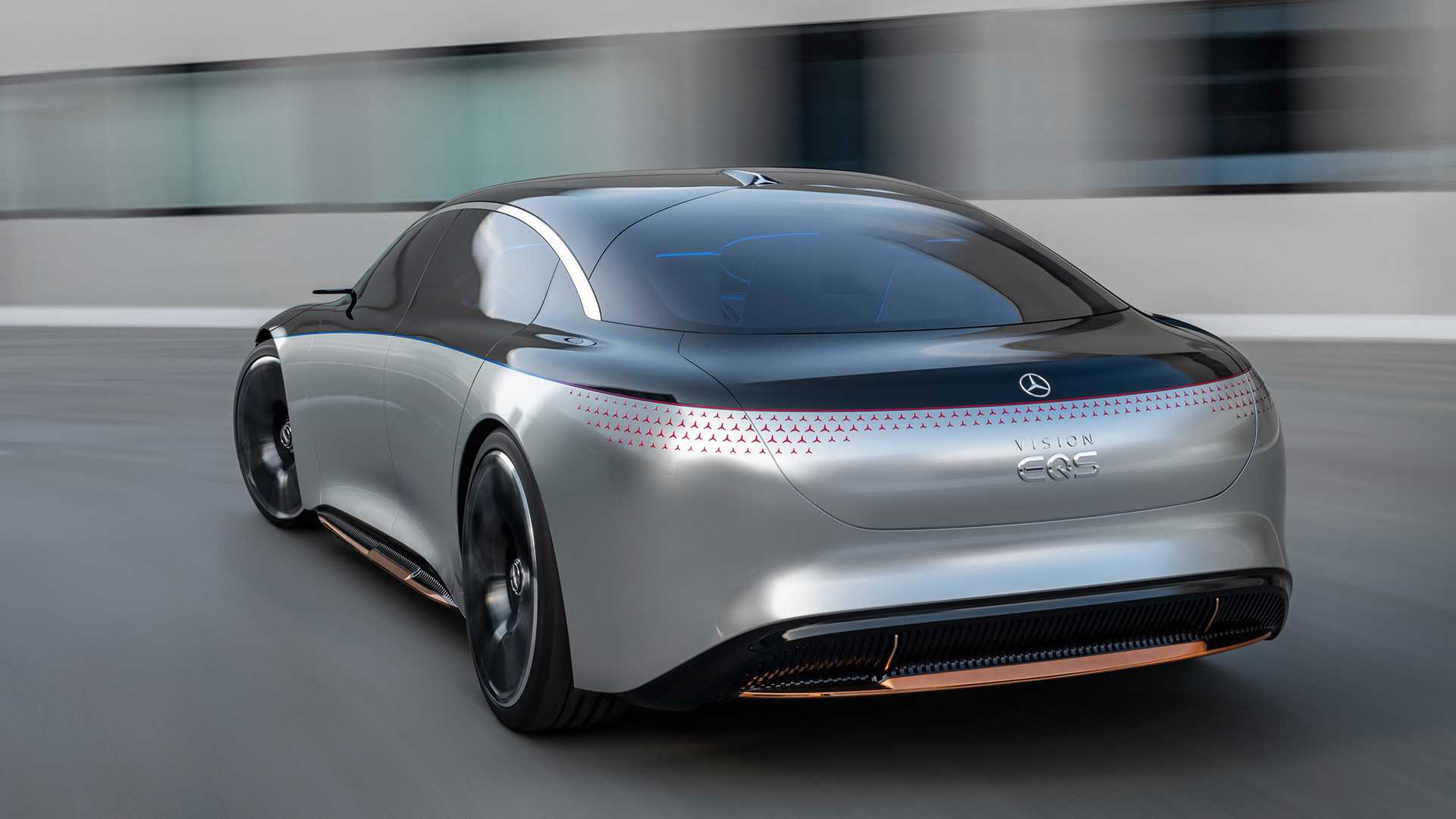 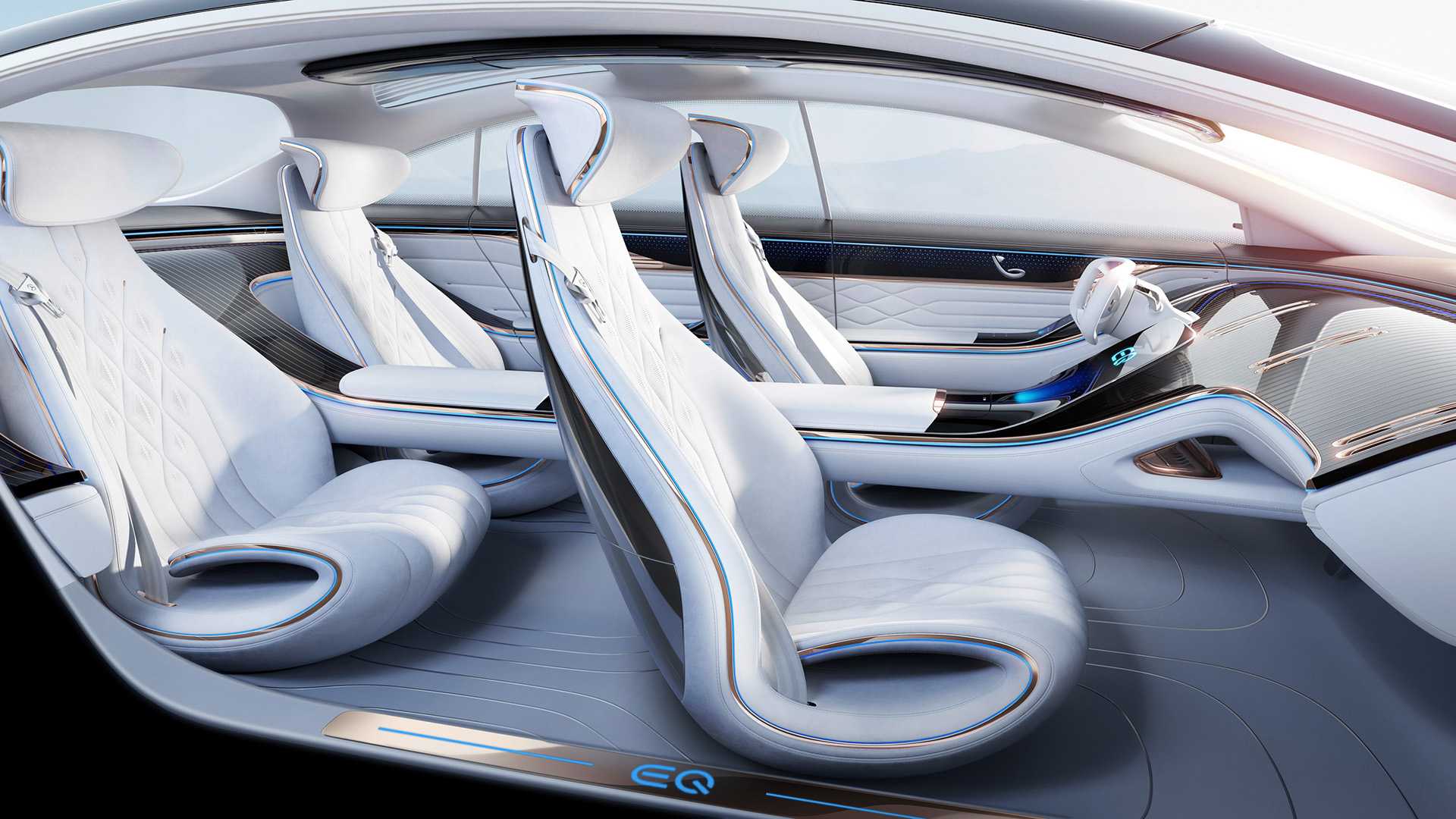 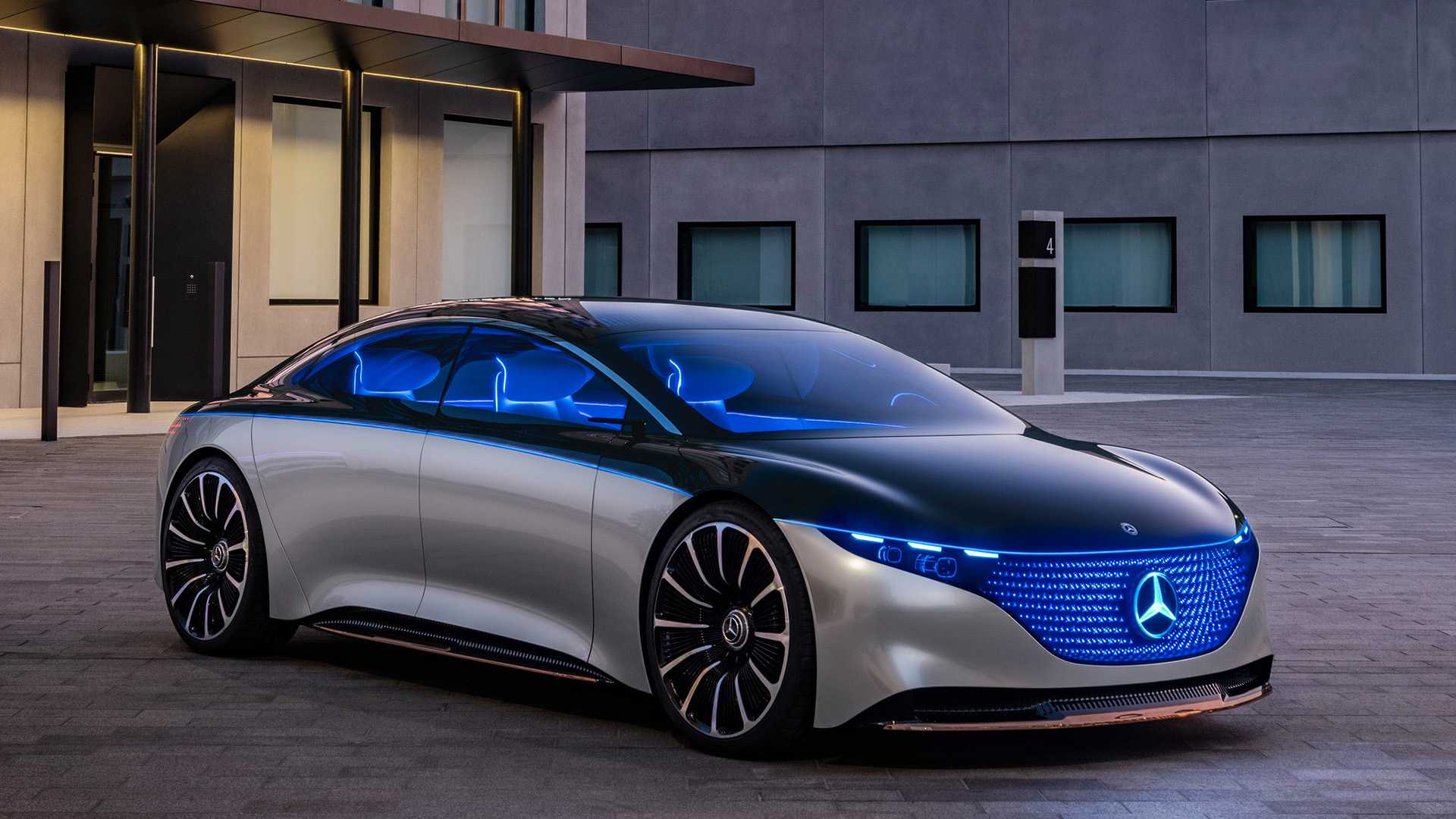 “The VISION EQS presents a large interior sculpture as a stage for the future: digital content can be experienced by immersion over the entire surface, creating an all-embracing atmosphere. The blending of materials and information illustrates a possible intuitive interaction in the future. The organically emerging displays and projection surfaces provide display space, as does the intelligent CONNECTED LIGHT that surrounds the occupants,” said the company in a press release.