Micron Technology announced today that the company has begun volume production of the world’s first 232-layer NAND, which enables the introduction of the industry’s fastest NAND I/O speed ‒ 2.4 gigabytes per second (GB/s). To put that in comparison, this speed represents a 50% faster data transfer than the fastest interface enabled on Micron’s 176-layer node. 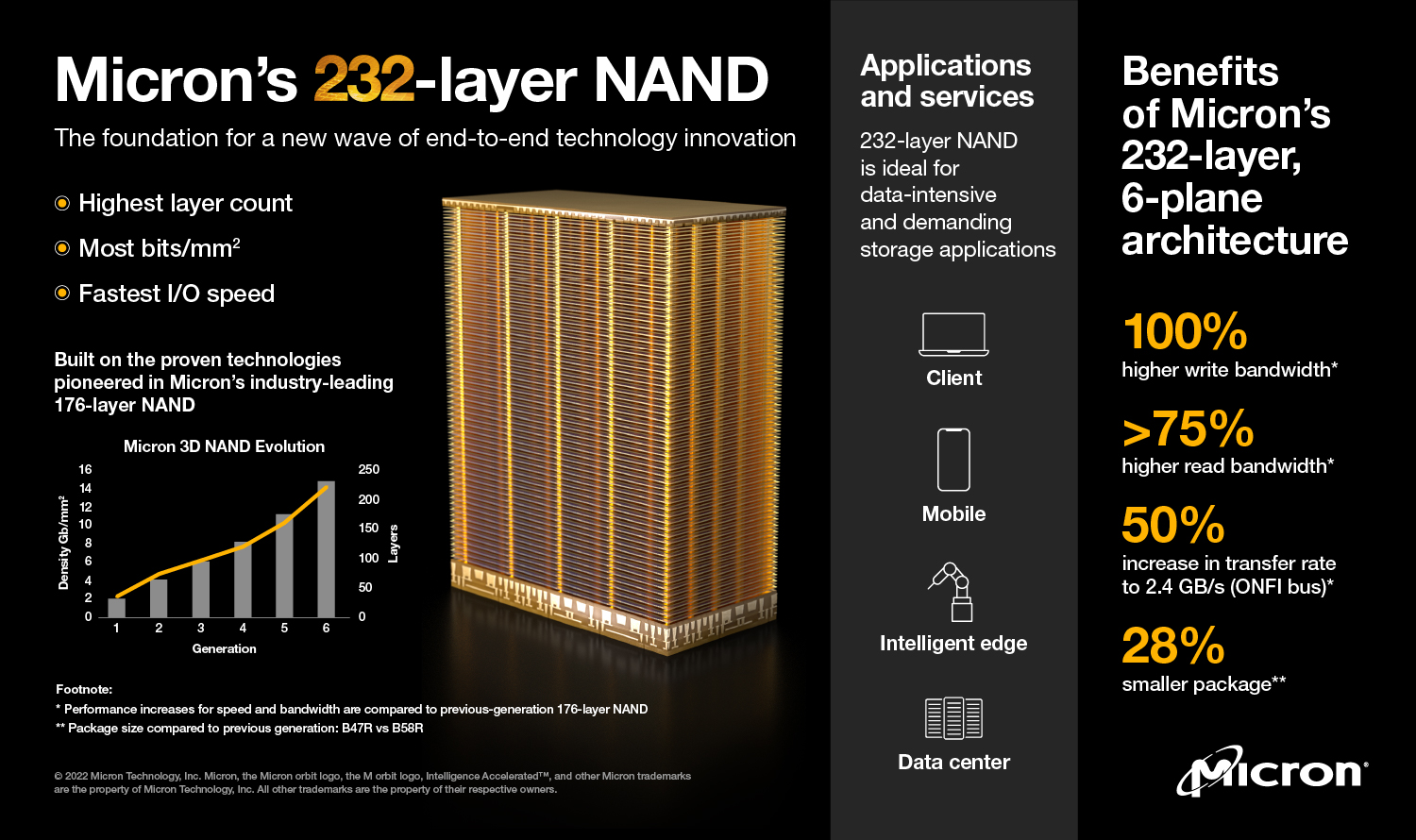 The 232-layer NAND also debuts the world’s first six-plane TLC production NAND, the most planes per die of any TLC flash. It features independent read capability in each plane. while the structure itself ensures fewer collisions between write and read commands as well as offers drives system-level quality-of-service improvements. Thanks to NV-LPDDR4 support, a low-voltage interface, 232-layer NAND solutions offer ideal support for mobile applications and deployments in the data center. With volume production ramping up, we expect to see drives using this technology in the next few months. We’re still waiting for graphene-based hard disk drives to hit the market since they can hold up to 10-times more than a traditional drive.