The next Microsoft Windows update, codenamed Sun Valley, is going to be released later this summer, and from this leak, it’s looking somewhat decent visually. Some of the changes include centered taskbar icons that look similar to MacOS, pinned apps replace the live titles in the Start menu, and a new Windows logo composed of four equal-sized rectangles instead of the Windows 8 trapezoid. Read more for two videos and additional information.

Plus, Windows now have rounded corners, and when you click the maximize button, users can select from several options on how they want to lock the window in place, while new wallpapers get rid of stylized photos of light shining through windows for some floral-inspired works. Unfortunately, it’s not guaranteed that existing Windows 10 licenses will allow the use of Windows 11 or upgrade. 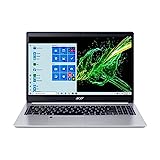 Leica Leitz Phone 1 Revealed, a Smartphone with a Camera That Has a Lens Cap