Former NASA shuttle astronaut Mike Massimino explains how life is different aboard the International Space Station compared to Earth. Think of it is as a pricey high-tech camping trip where you’re 200-miles above Earth’s surface. Massimino says he longed for pizza during his time in space, and just recently, there was some actually flown up there. NASA food tech­nologists create dishes that astro­nauts test in a special food lab before they’re launched into space. They all come prepackaged to minimize prep time and the chance of a spill. Read more for four videos and additional information.

Massimino enjoyed NASA’s macaroni and cheese, and loathes the “astronaut ice cream” found in gift shops worldwide as well as online, since it tastes more like building material than food to him. In related news, drinks are provided as dehydrated powder that is mixed with water before consumption. These liquids are sipped from plastic bags with straws, while solid food is eaten with a knife and fork attached to a tray with magnets to prevent them from floating away. However, any food that does float away, including crumbs, must be collected to prevent it from clogging the station’s air filters and other equipment. 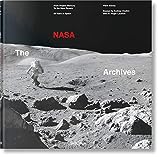 Did you know that showers on space stations were introduced way back in the early 1970s on Skylab and Salyut 3? That’s right, by Salyut 6, in the early 1980s, the crew complained of the complexity of showering in space, which was a monthly activity. The ISS does not feature a shower, but instead the crew wash using a water jet as well as wet wipes, with soap dispensed from a toothpaste tube-like container. They’re also provided with rinse-less shampoo and edible toothpaste to save water.