Photo credit: Alex Baldini
NASA has used several astronaut transfer vans over the years, better known as the Astrovan during the Space Shuttle era, at the Kennedy Space Center to transport astronauts from the Operations and Checkout Building to the launch pad before a mission and for launch dress rehearsals, and back to Operations and Checkout Building following a shuttle landing. Designer Alex Baldini gives us his modern taken on this vehicle that doubles as a mobile shuttle command center. Read more for additional pictures. 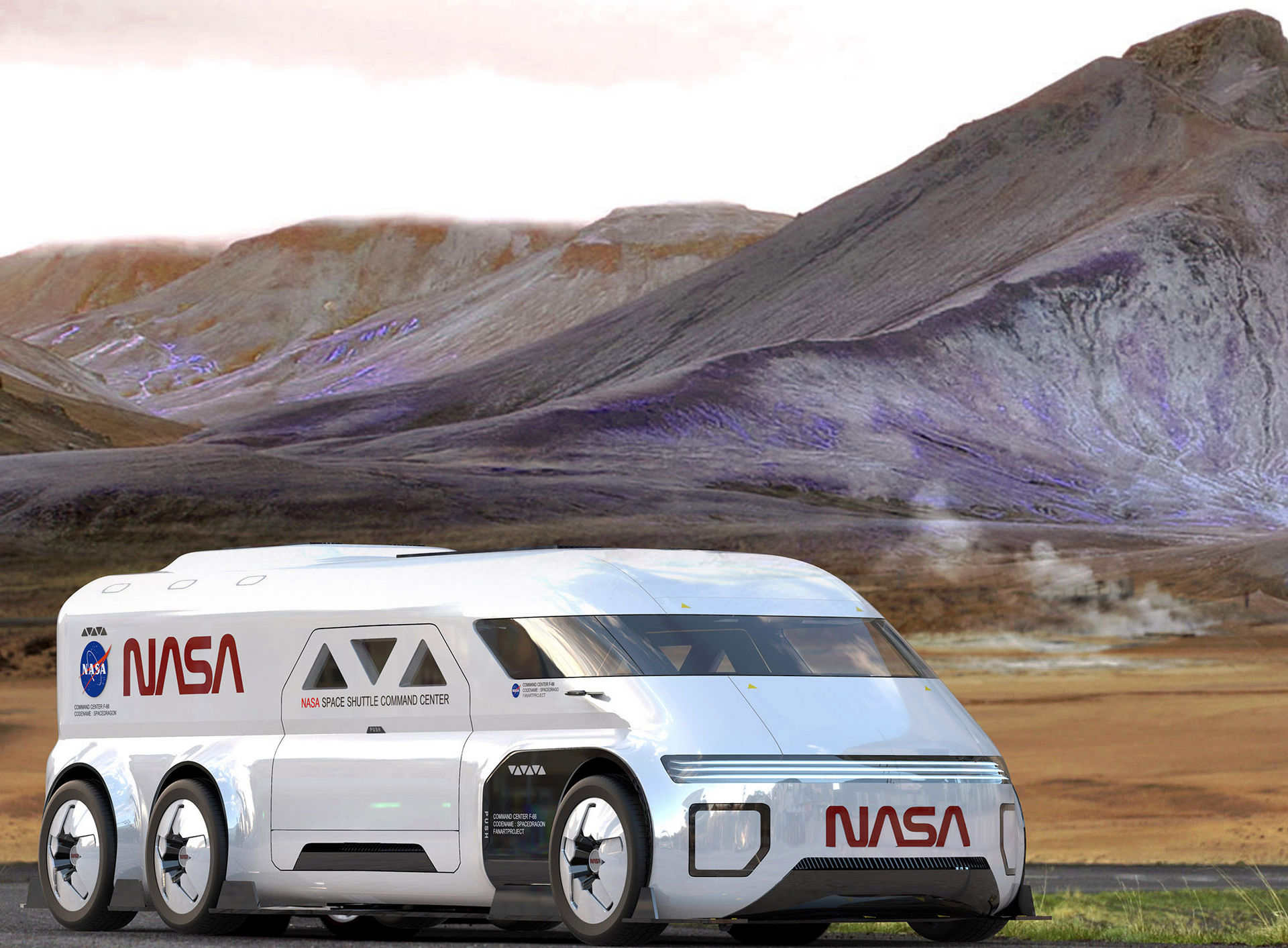 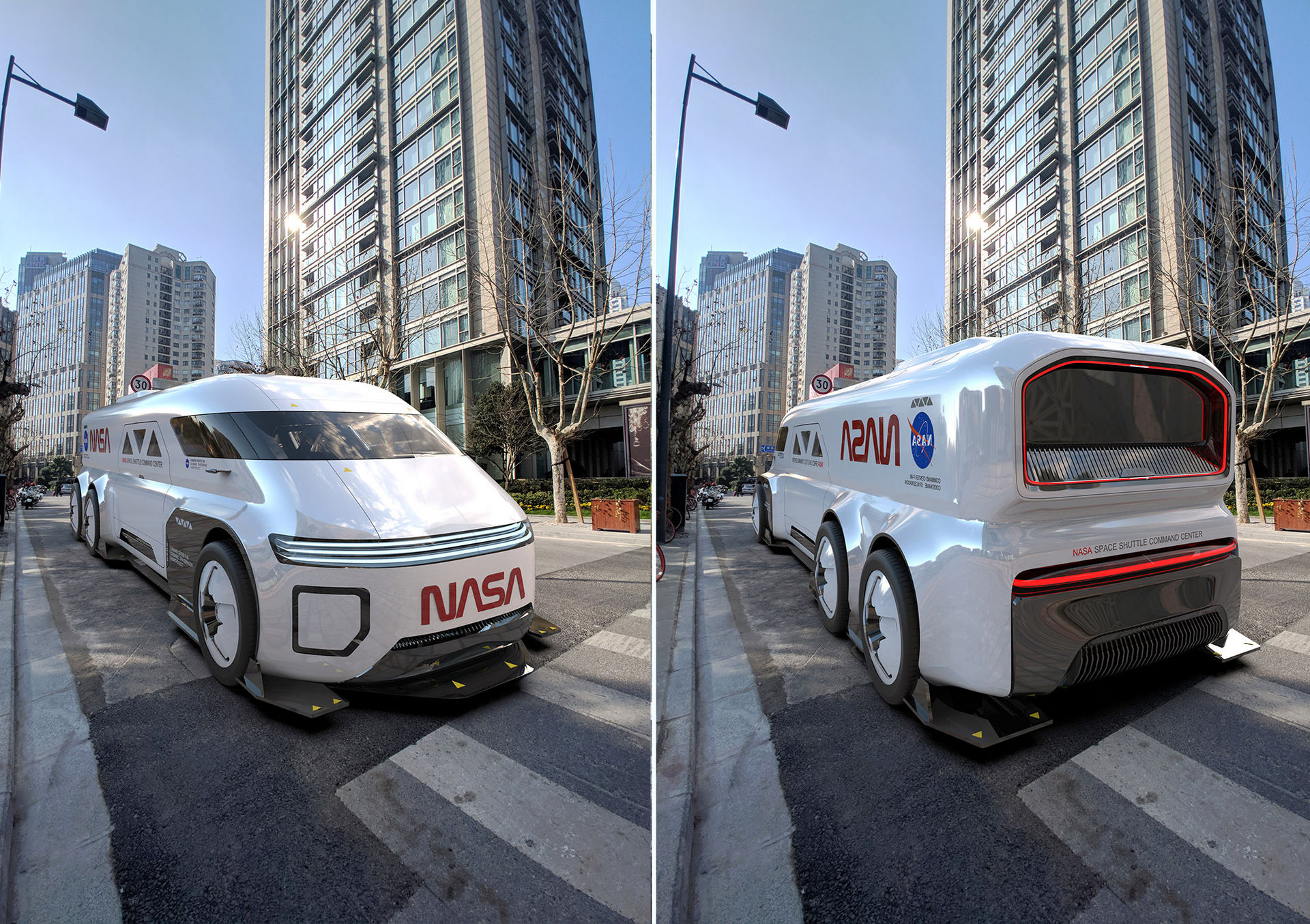 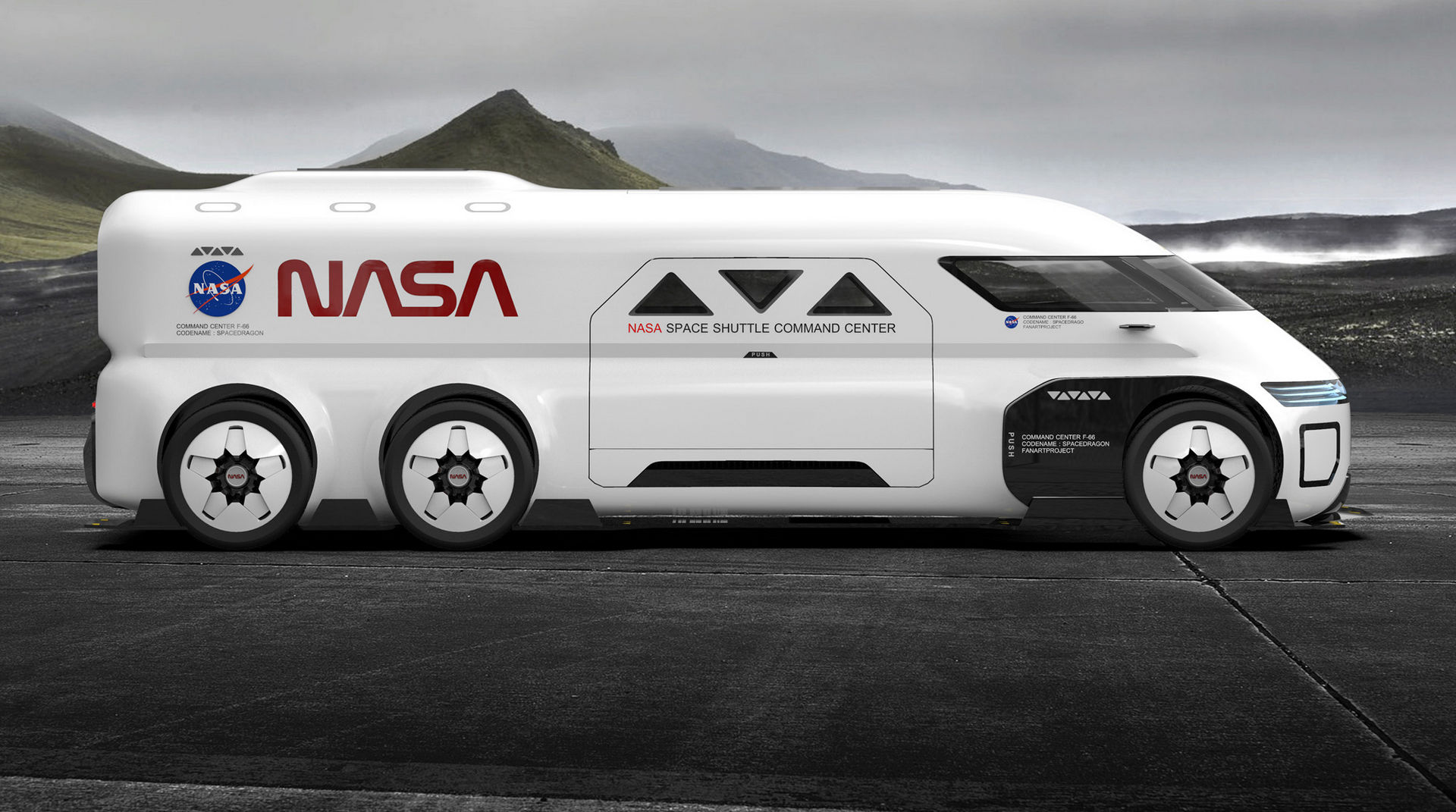 The early astronauts enjoyed riding in the history-filled vehicle, even if it was considered old, and even argued against upgrading it to something newer. It took approximately twenty-minutes for the astronauts to reach the launch pad for shuttle launches, and the Astrovan usually stopped at least once along the way. Sometimes, senior NASA managers rode along as well, but were dropped off at the Launch Control Center. 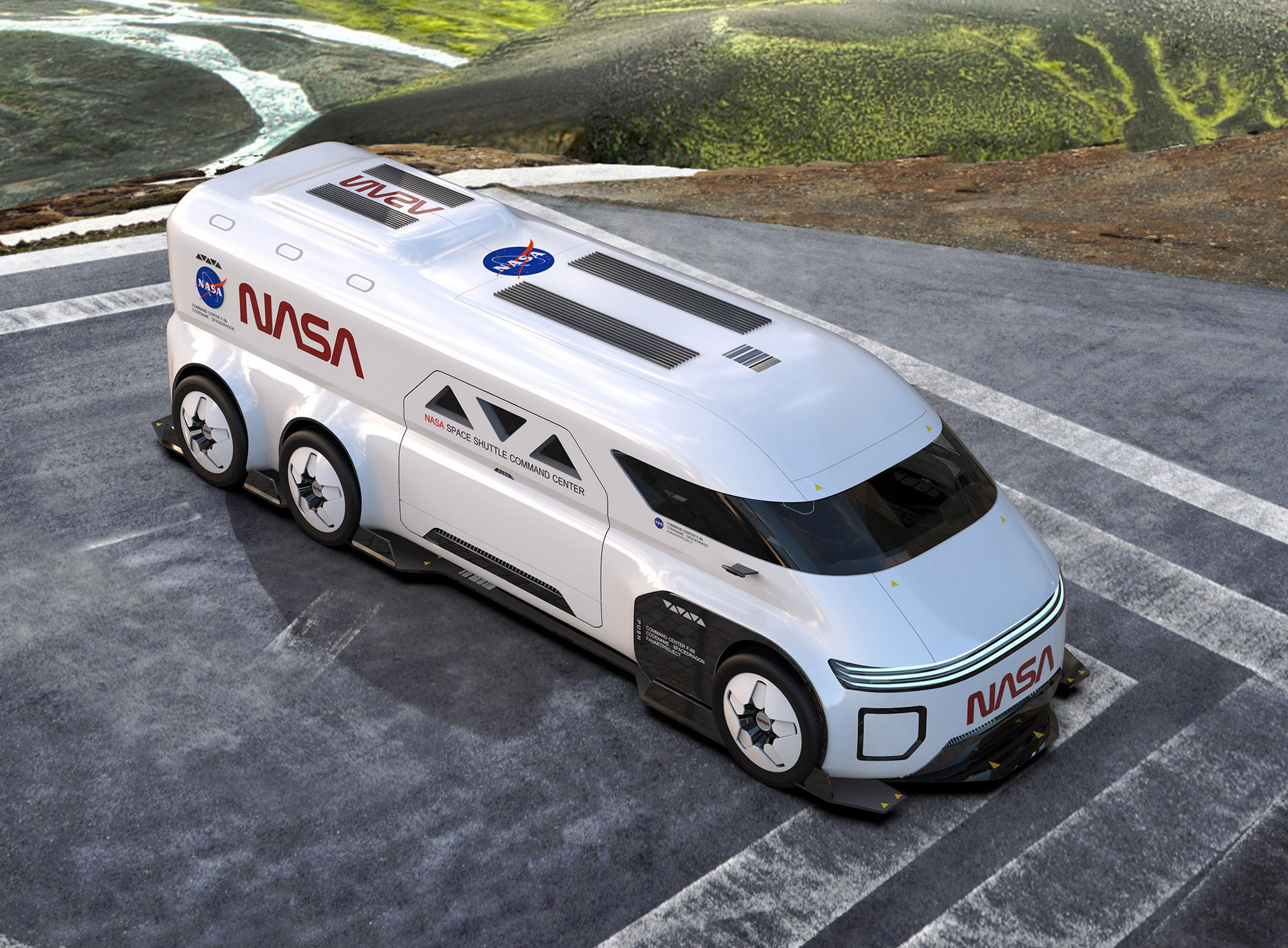 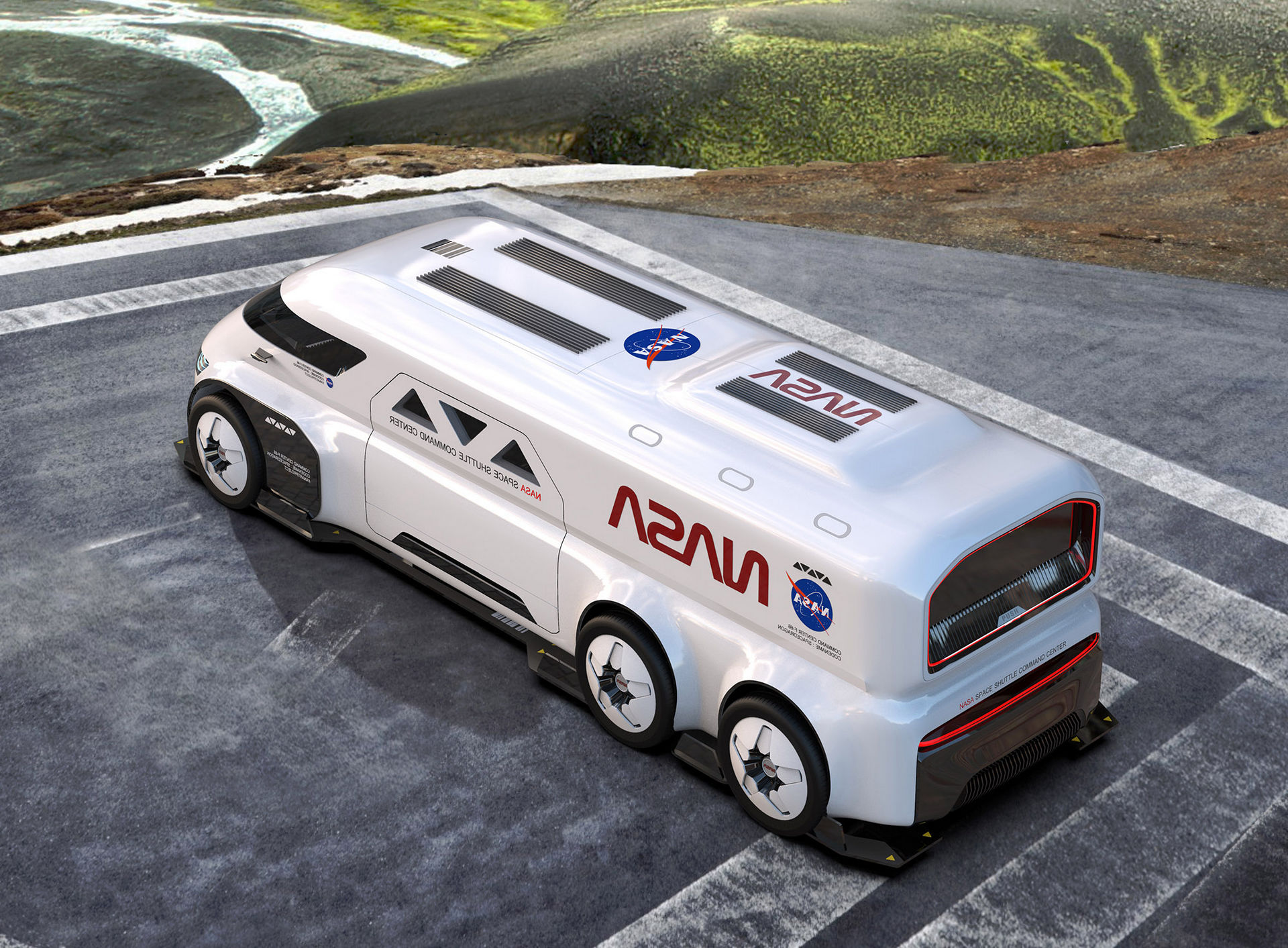