NASA’s Ingenuity Mars Helicopter successfully completed its third and longest flight yet on Sunday, April 25, 2021. It took off at 1:31 a.m. EDT or 12:33 p.m. local Mars time and reached 16-feet before zipping downrange 164-feet at a top speed of 6.6 feet per second. The team used the Mastcam-Z imager on NASA’s Perseverance Mars rover to capture video of Ingenuity and in the next few days, we’ll be able to see the entire 80-second journey across its flight zone. Read more for a video and additional information.

The helicopter does have its own camera as well, a black-and-white navigation camera designed to track the surface features below. Ingenuity’s flight computer is capable of autonomously flying the craft based on instructions sent up hours before data is received back on Earth, while using the same resources as the cameras. Can the helicopter fly faster? Yes, but if it flies too fast, the flight algorithm will not be able to track surface features. 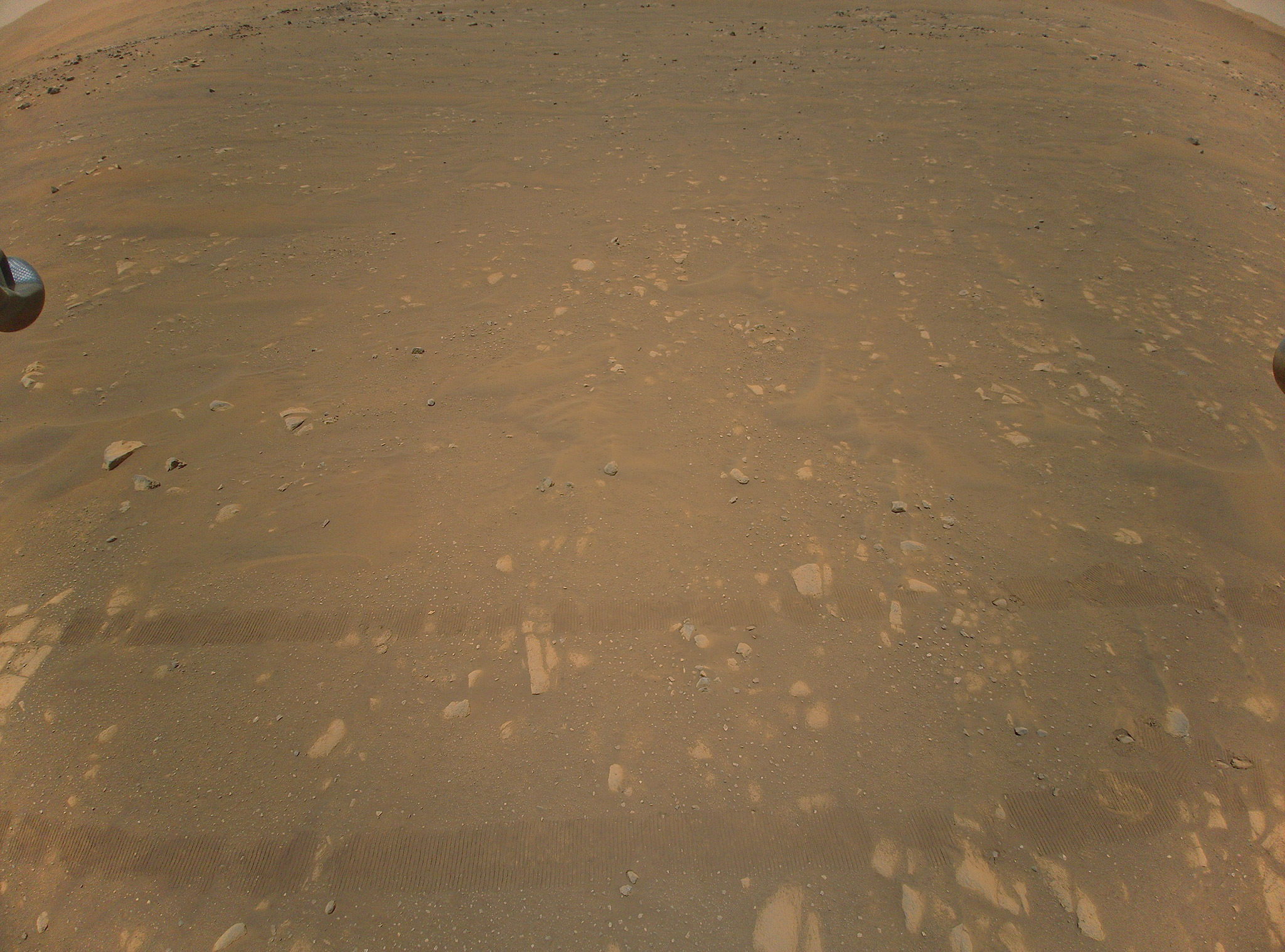 Today’s flight was what we planned for, and yet it was nothing short of amazing. With this flight, we are demonstrating critical capabilities that will enable the addition of an aerial dimension to future Mars missions,” said Dave Lavery, the project’s program executive for Ingenuity Mars Helicopter at NASA Headquarters in Washington.