NASA’s Imaging X-ray Polarimetry Explorer (IXPE) mission successfully launched at 1 a.m. EST Thursday aboard a SpaceX Falcon 9 rocket from NASA’s Kennedy Space Center in Florida. This astrophysics mission will allow researchers to discover never before seen details of some of the most exotic astronomical objects in our universe. It’s also the first satellite mission dedicated to measuring the polarization of X-rays from a variety of cosmic sources, or the intrinsic characteristic of light that can vary as it travels through different environments. Read more for two videos and additional information.

IXPE will utilize three space telescopes equipped with sensitive detectors capable of measuring the polarization of cosmic X-rays, allowing astronomers to answer fundamental questions about these very complex environments where gravitational, electric, and magnetic fields are at their limits. Currently, the first light operations are scheduled to start in January. 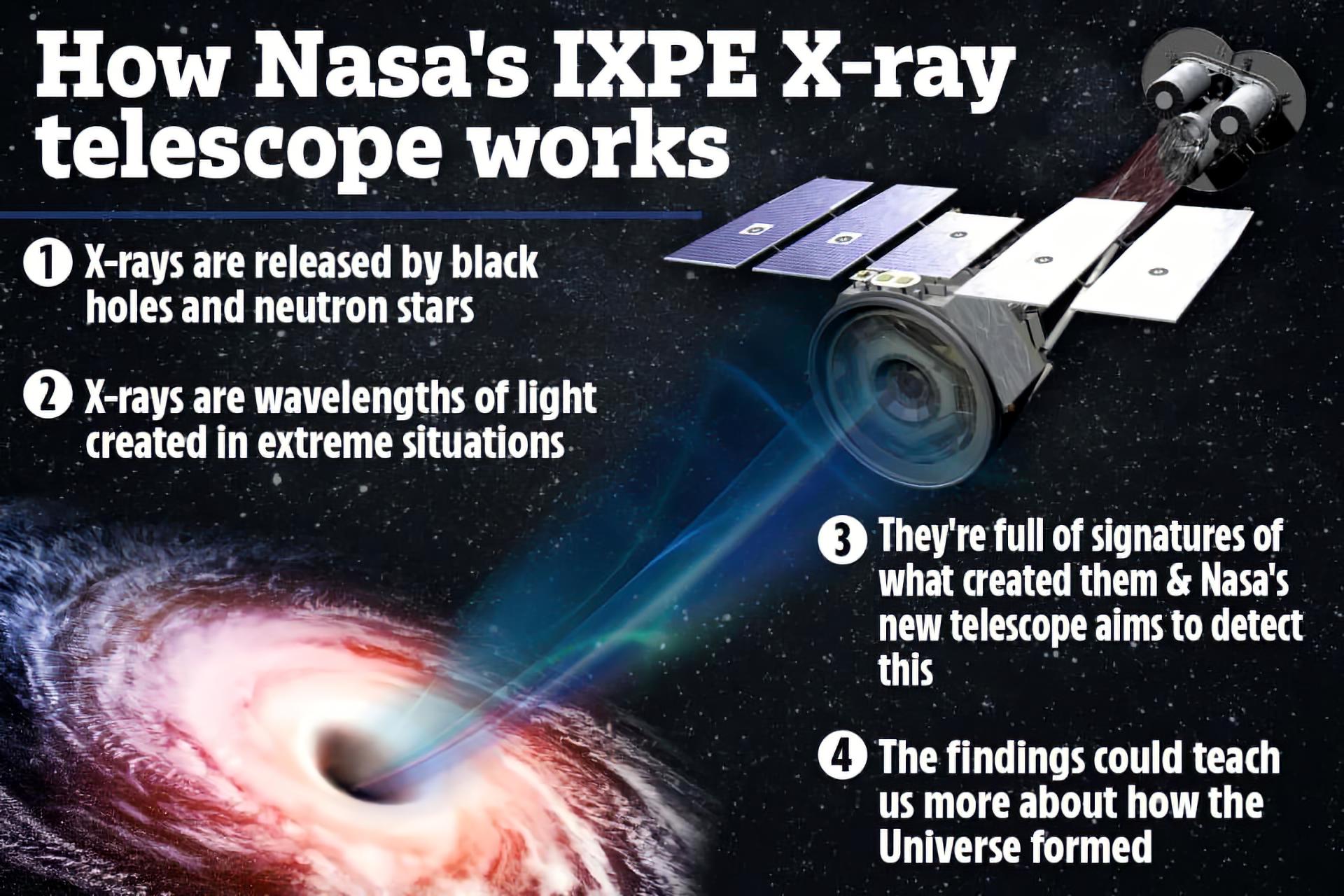 IXPE represents another extraordinary first. Together with our partners in Italy and around the world, we’ve added a new space observatory to our fleet that will shape our understanding of the universe for years to come. Each NASA spacecraft is carefully chosen to target brand new observations enabling new science, and IXPE is going to show us the violent universe around us – such as exploding stars and the black holes at the center of galaxies – in ways we’ve never been able to see it,” said Thomas Zurbuchen, associate administrator for the Science Mission Directorate at NASA Headquarters in Washington.