We have seen the future of Martian robots, and it includes the NASA Marsbee. How does it work? A Mars rover serves as the mobile base for a swarm of Marsbees, which are bumblebee-sized robotic flapping wing flyers with cicada sized wings. They come equipped with integrated sensors and wireless communication devices. The mobile base doubles as a recharging station and main communication center. Read more for a video and additional information.

The swarm of Marsbee can significantly enhance the Mars exploration mission by facilitating reconfigurable sensor networks, create resilient systems, and sample or collect data using a single or collaborative swarm of Marsbees. Its insect-like compliant wings enhance aerodynamics and reduce power consumption, thanks to the ultra-low Martian density. 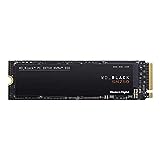 From a systems engineering perspective, the Marsbee offers many benefits over traditional aerospace systems. The smaller volume, designed for the interplanetary spacecraft payload configuration, provides much more flexibility. Also, the Marsbee inherently offers more robustness to individual system failures. Because of its relatively small size and the small volume of airspace needed to test the system, it can be validated in a variety of accessible testing facilities,” according to NASA.