The New BittBoy is an ultra portable game console that not only plays Game Boy games, but NES as well as Game Boy Color titles, and near perfectly to say the least. Measuring in at a svelte 6.8 x 9.9 x 1.3cm, it features a bright 2.4-inch (original 2.2-inch) IPS LCD display, 3.5mm headphone jack, and a microSD card slot. Thanks to its new 700mAh battery (original 500mAh), you’ll get roughly 3-hours of continuous gameplay before needing a recharge. Product page (Amazon) / Aliexpress. Read more for our full review. 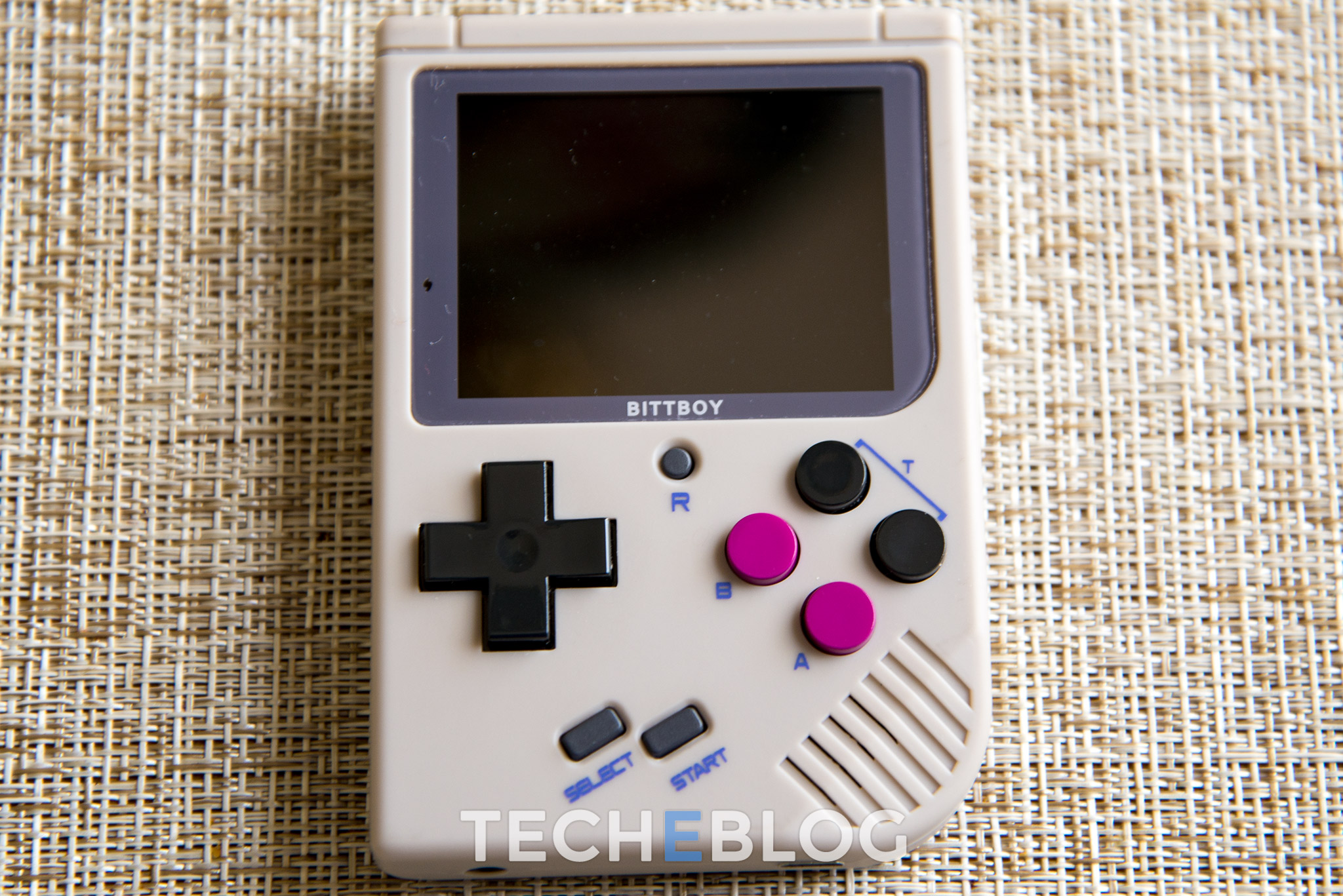 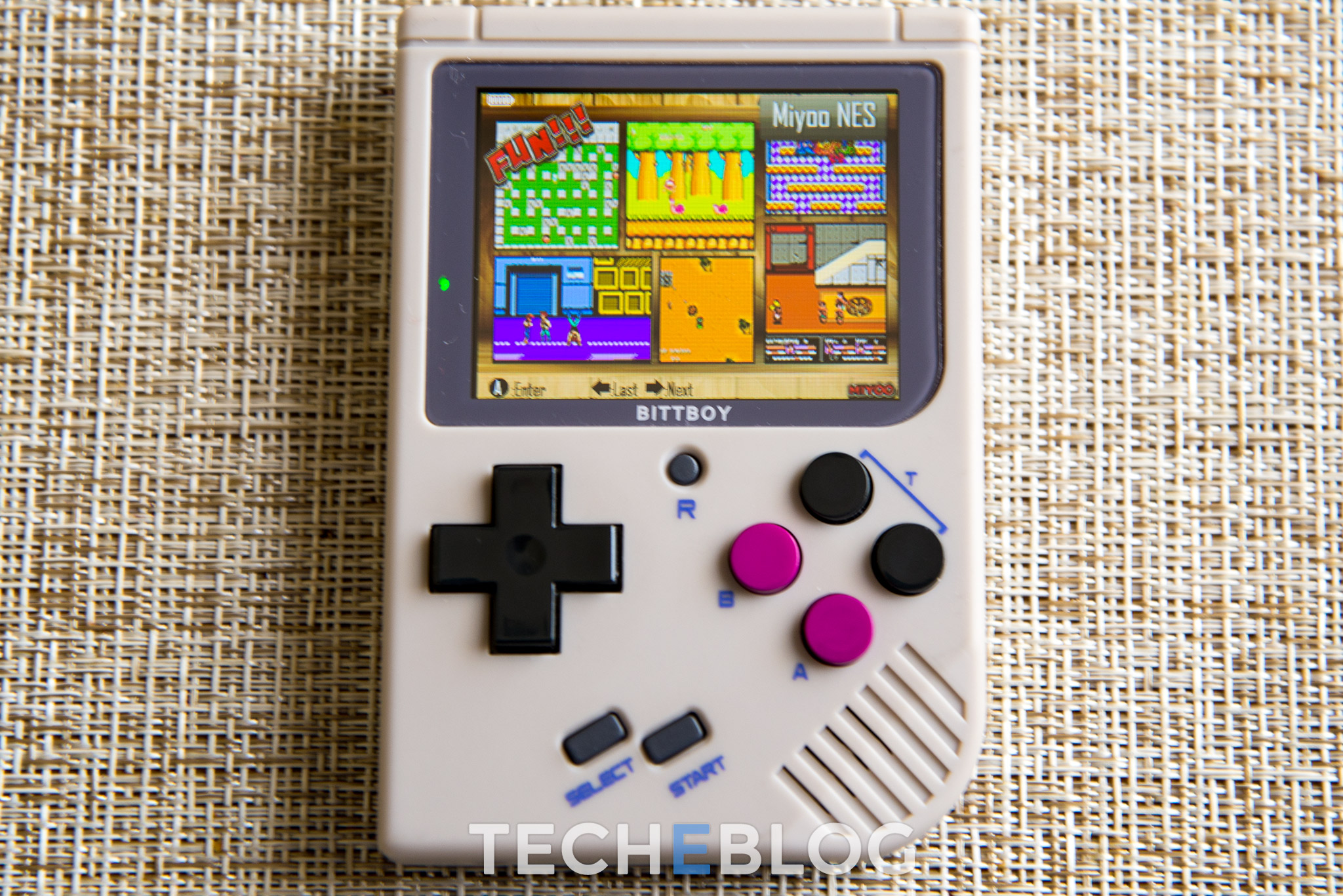 After removing the console from the box, we immediately felt that this new version is far more refined than the original, starting with its Game Boy-inspired case to the buttons. Inside the box, you get the BittBoy, a microUSB cable, AV cables for connecting to a television, and an instruction manual. Before powering it up, make sure a microSD card (8GB / 16GB / 32GB) loaded with ROM files (.nes / .gb / .gbc extensions) is inserted, or else the console will not load past the “Miyoo” screen. Simply drop the games directly onto the FAT32-formatted memory card, and you’ll be ready to go. 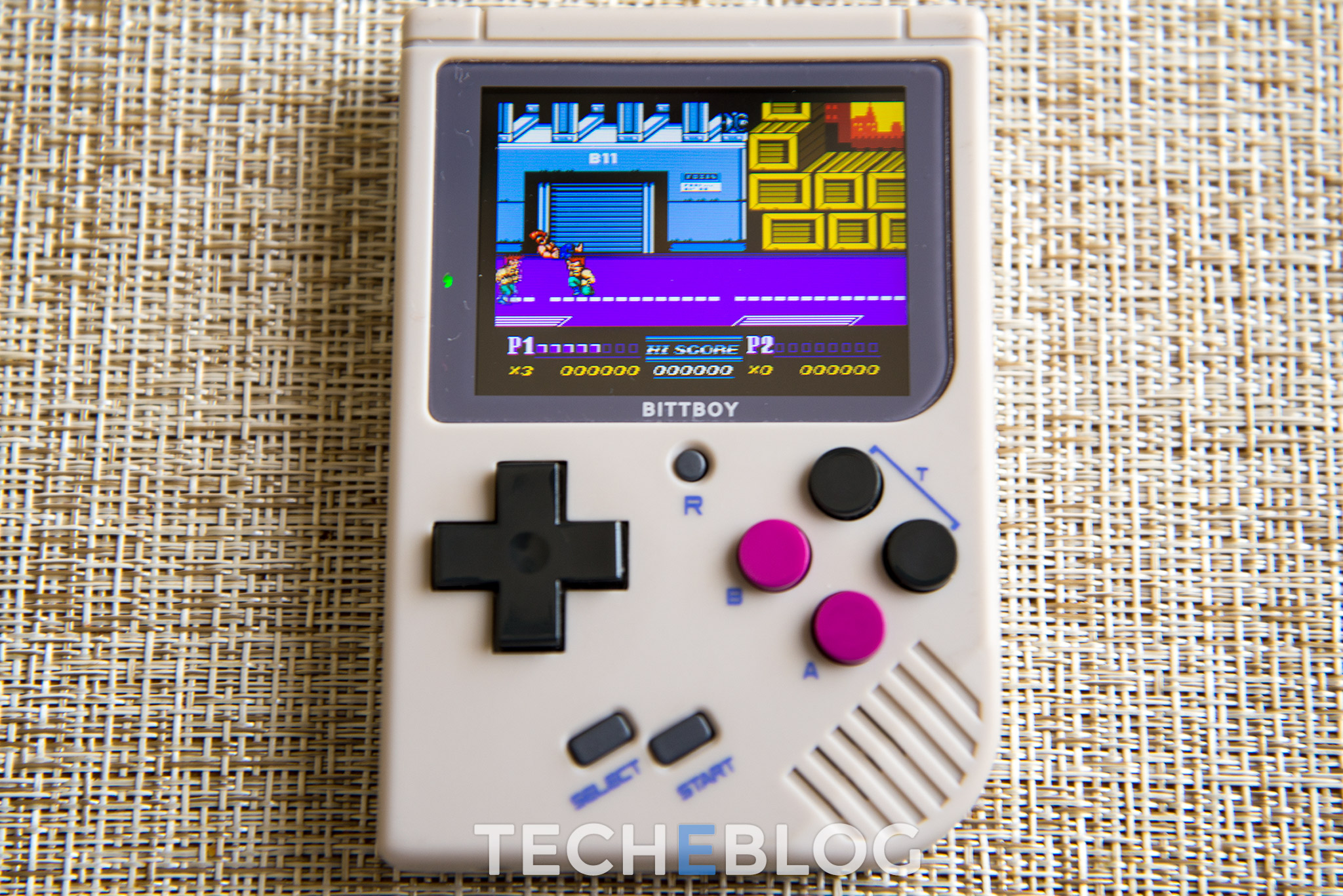 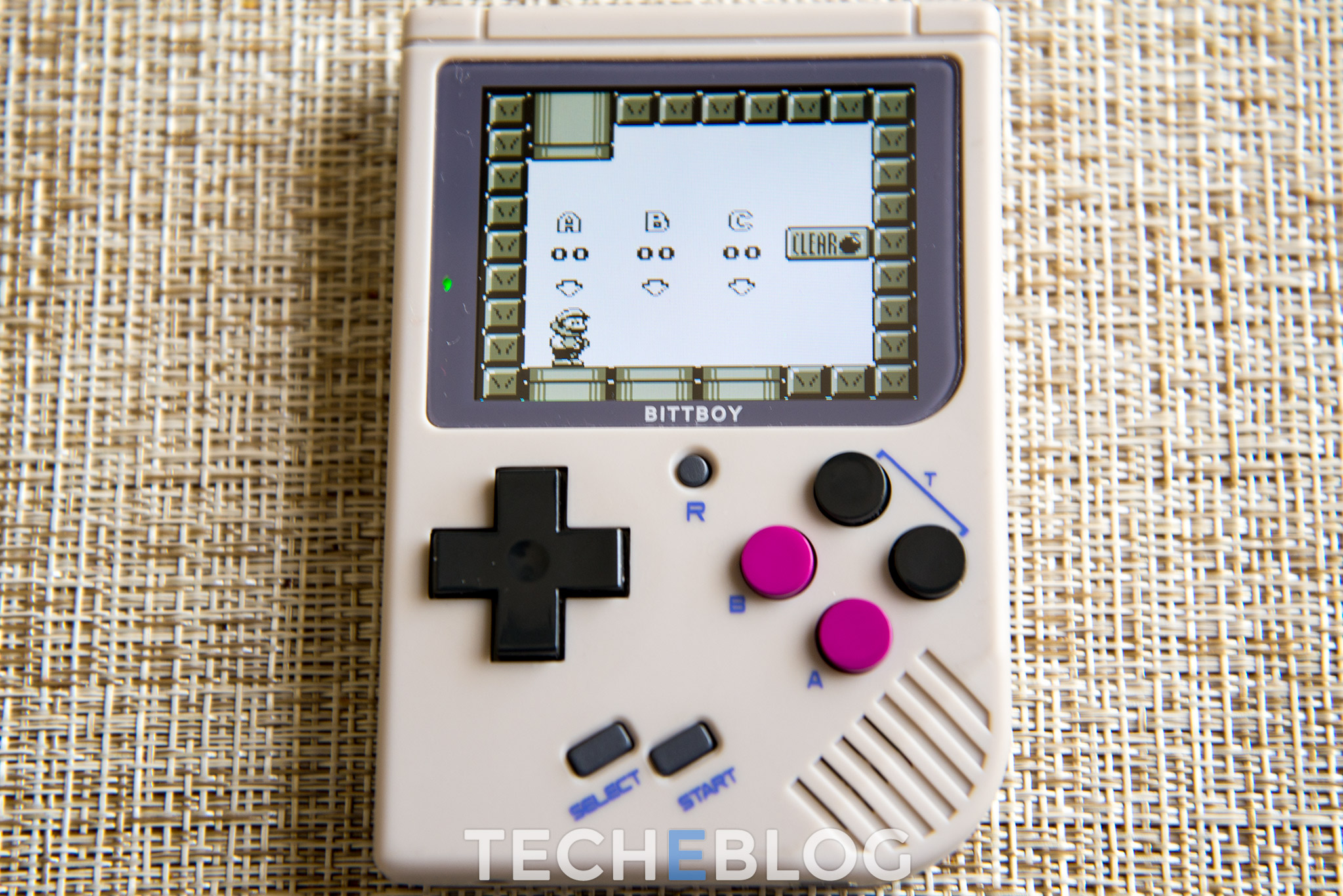 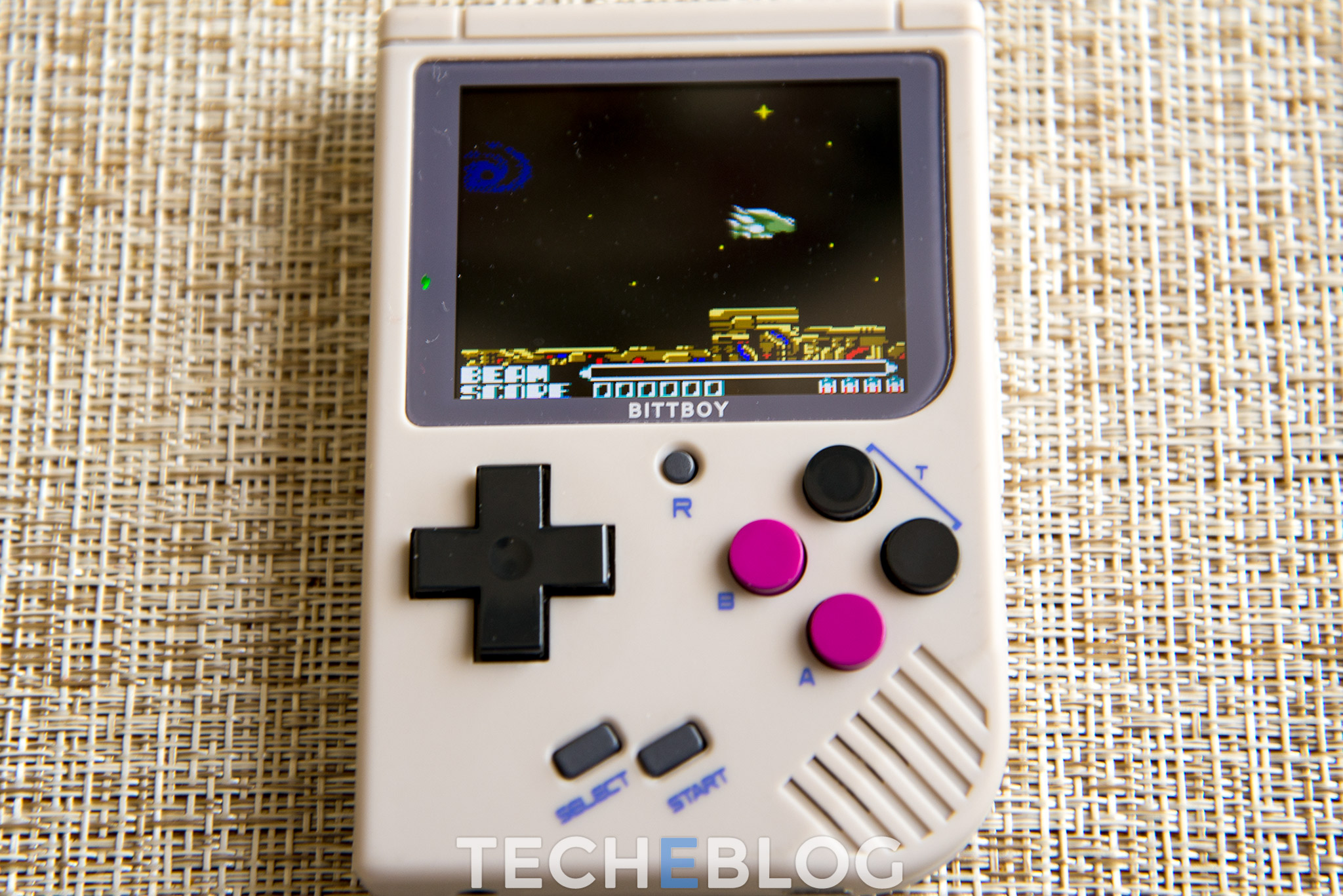 Once you get past the boot screen, you’re presented title screens for NES, Game Boy and Game Boy Color emulators that can be scrolled through using the D-pad. Choose the game you want, and press the “Start” button to get going. If you want to save / load states while playing, just press the “R” button once, or to exit back to main settings menu, simply short press the “R”. The first thing you’ll notice is that no matter what game you’re playing, the colors as well as on-screen movement is true to the original. Set the viewing mode to “Default” for an even more authentic TV game playing experience. Yes, there is a built-in mono speaker that works, but for the best audio, we recommend using headphones. 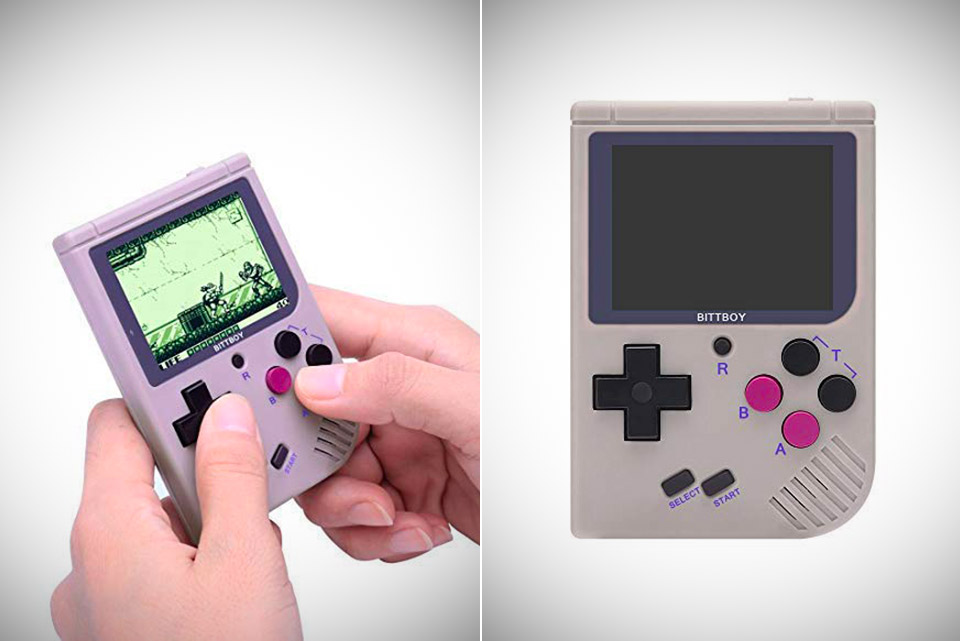 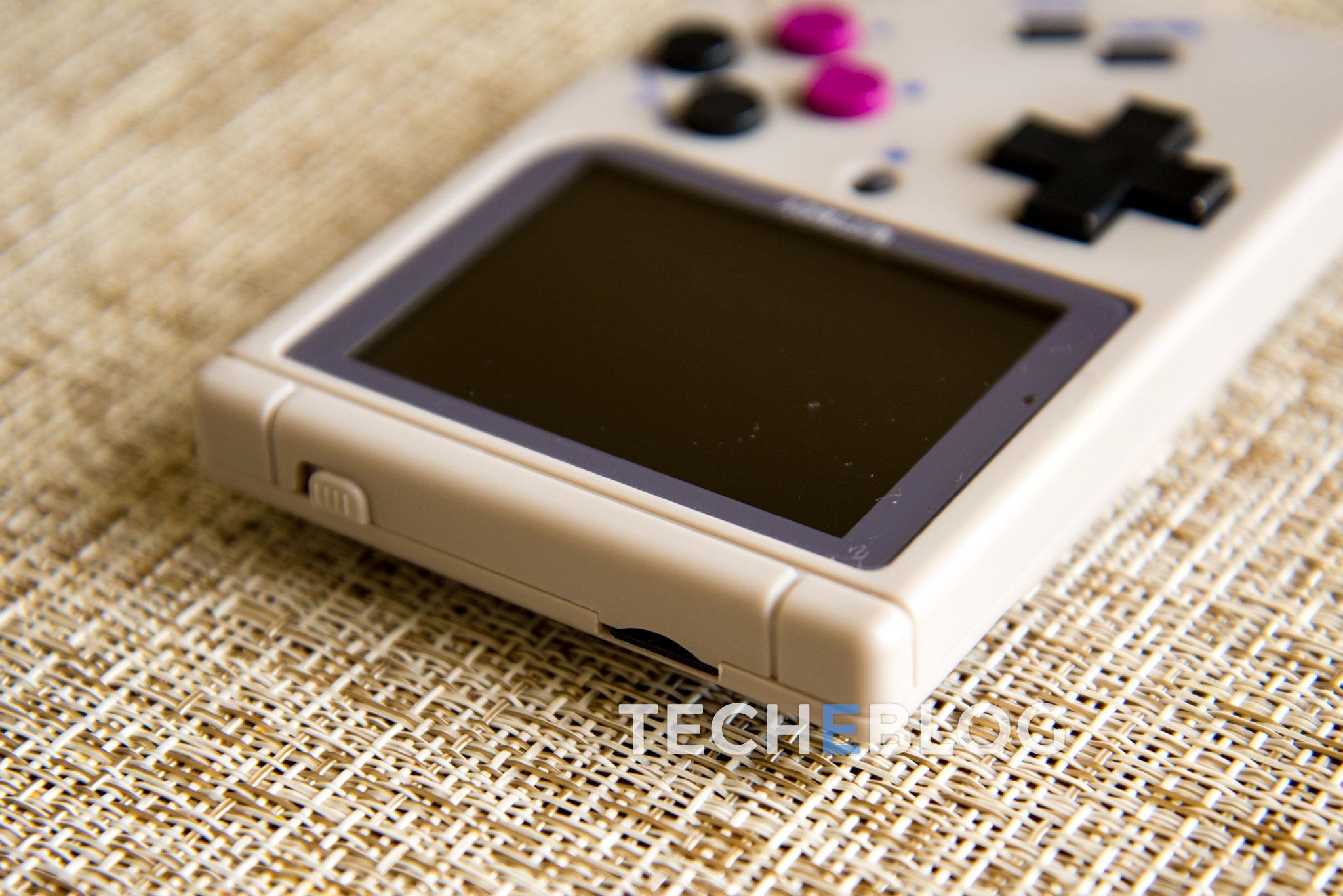 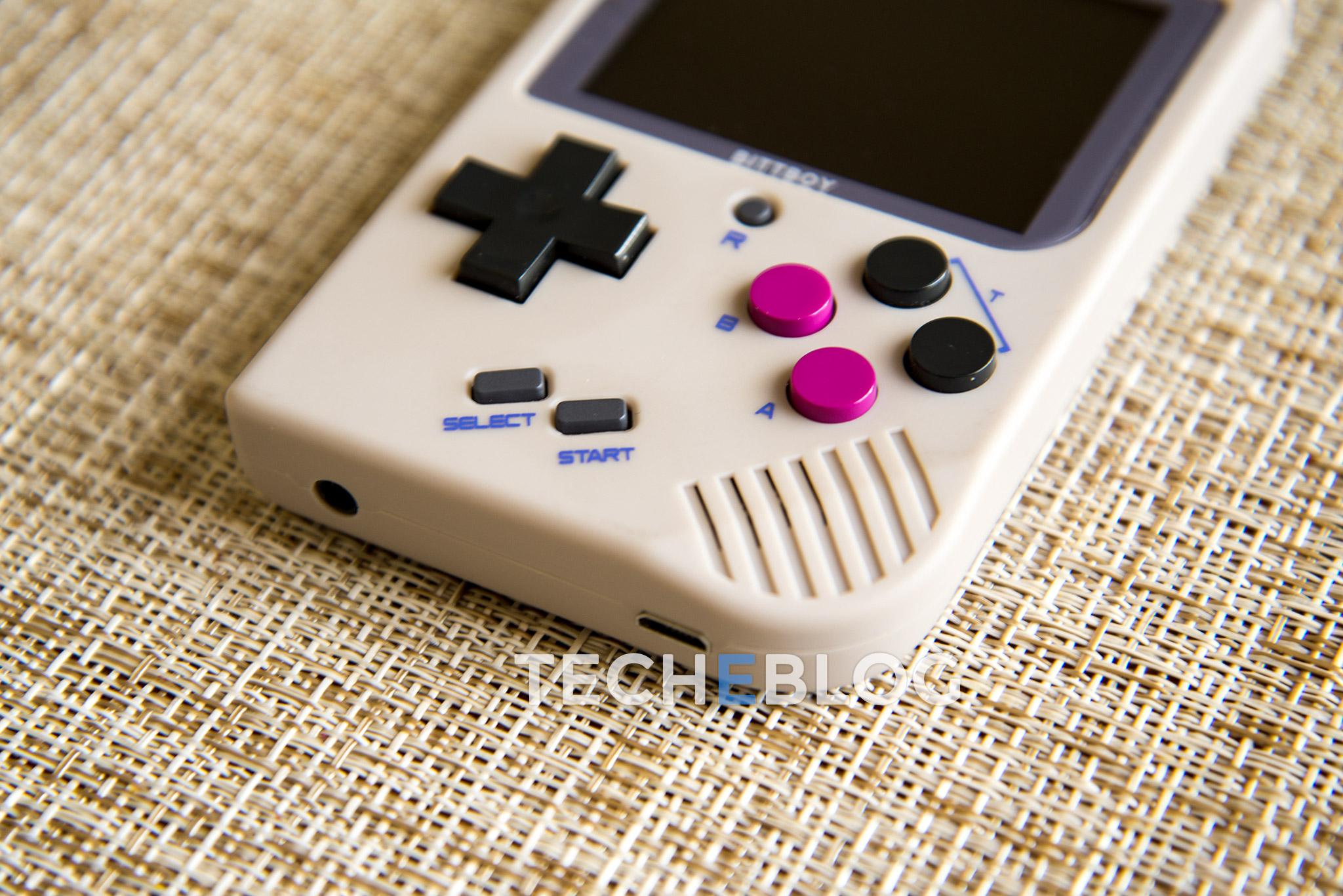 Is the New BittBoy worth $39.99? Well, if you own the NES, Game Boy and Game Boy Color, but want to enjoy all of your games on one console while on-the-go, then most certainly. There are plenty of similar devices, but this is definitely the most refined all-around that we’ve tested. More Information.