NASA’s New Horizons probe is set for a New Year’s Day flyby of a small body known as 2014 MU69, unofficially called Ultima Thule — “beyond the known world” — after traveling three years and a billion miles past Pluto. Ultima Thule is basically an occupant of the remote Kuiper Belt, a vast domain beyond the Neptune’s orbit populated by uncounted dwarf planets and a reservoir of frozen pieces left over from the birth of the solar system 4.6 billion years ago. Read more for another video and additional information.

If everything goes according to plan, New Horizons will zip by its target at a velocity of 32,000 mph at 12:33 a.m. on New Year’s Day, passing within about 2,200 miles of Ultima Thule’s surface. Then about four hours later, it will turn to aim its dish antenna at Earth to confirm a successful encounter. Lastly, high-priority images and other data will be transmitted back to the inner solar system. 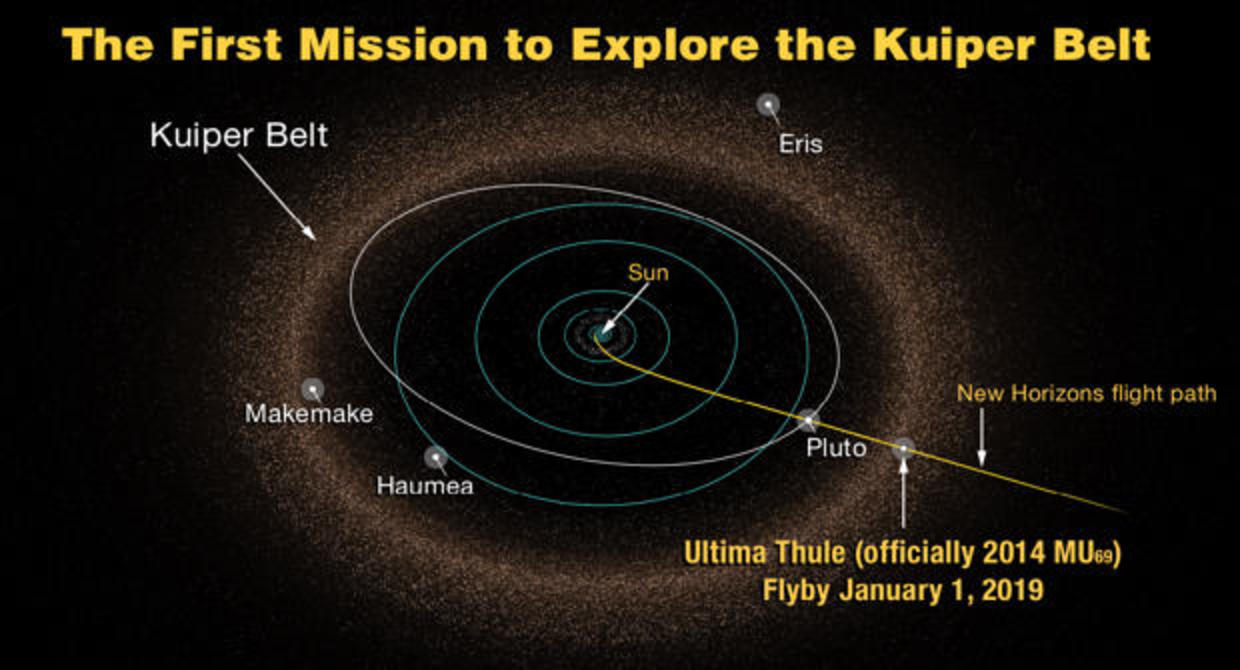 “Across the whole team, people are ready, they’re in the game, we can’t wait to go exploring. It’s been three-and-a-half years (since the Pluto flyby), we’ve worked so hard, people are ready to see that payoff and see what we can learn about the birth of our solar system,” said Alan Stern, the New Horizons principal investigator.