The European Space Agency has just released a new photo captured by the Rosetta spacecraft in 2014 of a geological feature on Comet 67P, called “Seth”. It’s “one of the geological regions on the larger of the two comet lobes, which declines towards the smoother Hapi region on the comet’s ‘neck’ that connects the two lobes. The landscape in the background reveals hints of the Babi and Aker regions, both located on the large lobe of 67P/C-G,” according to the ESA. Continue reading for two more videos, pictures and information. 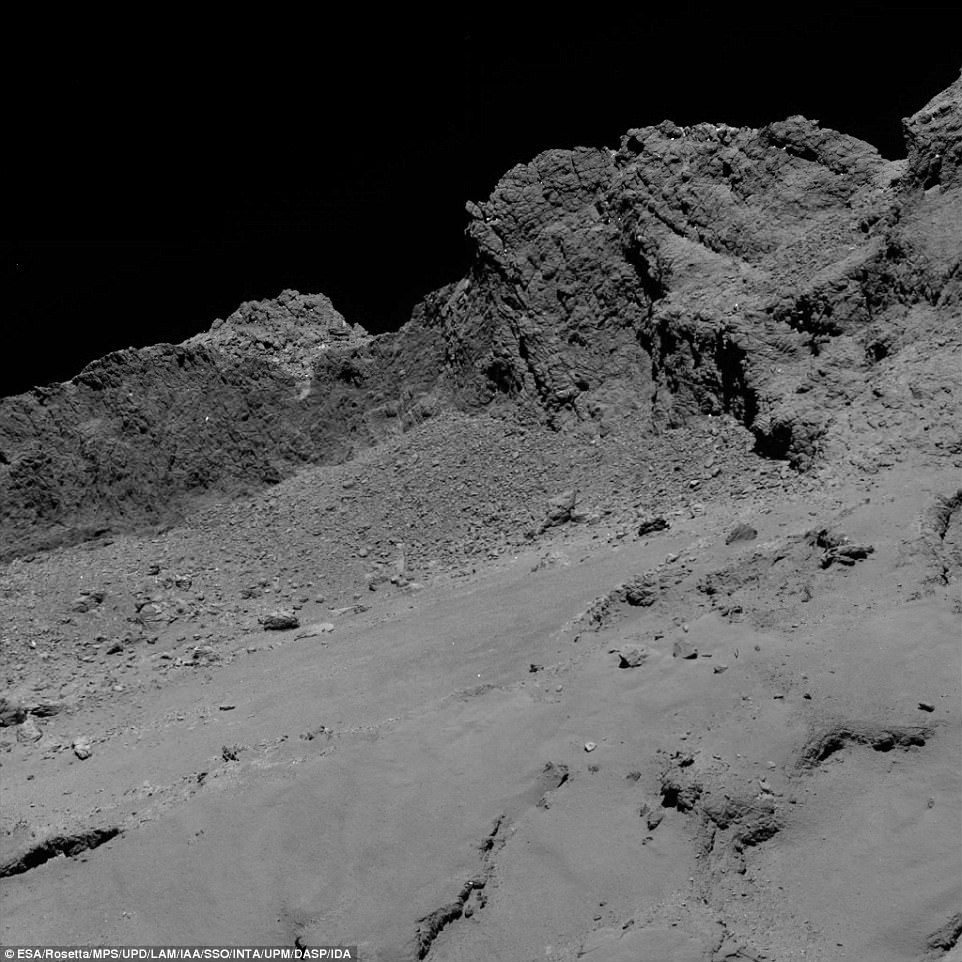 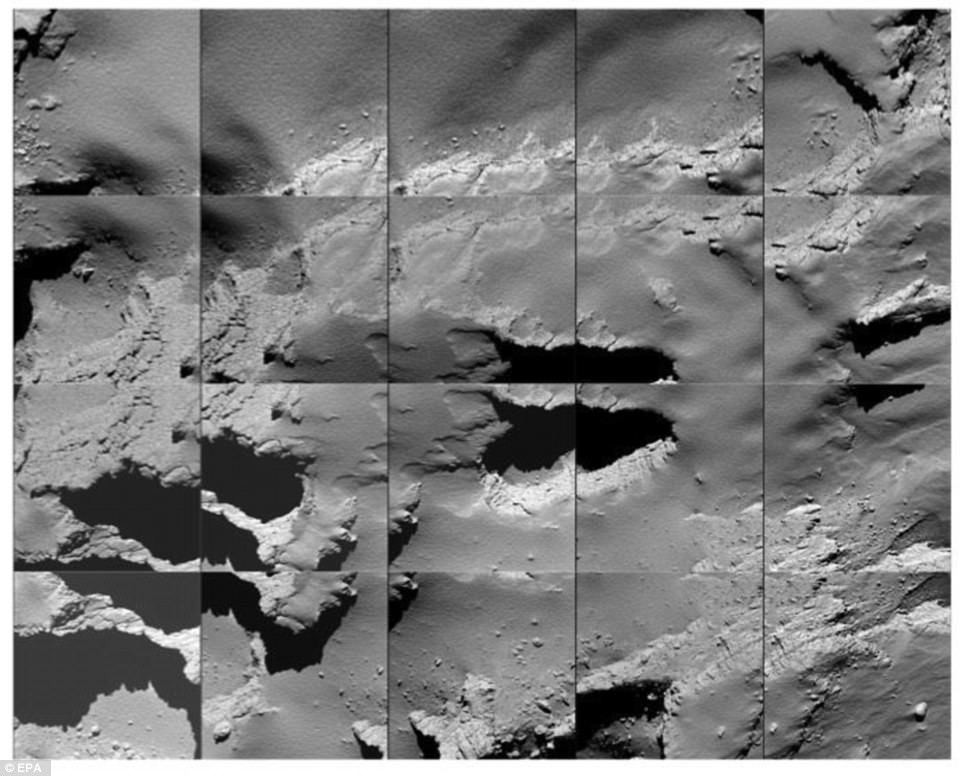 “Rosetta captured this view on September 22, 2014. Two years later, the craft ended its mission with a controlled crash into the surface. The historic $1.3 billion Rosetta mission ended on September 30, 2016, in a planned crash that brought the spacecraft to rest on comet 67P with the Philae lander, which descended to the surface two years earlier. Rosetta’s mission marked the first ever rendezvous between a spacecraft and a comet,” reports The Daily Mail.