Rare originally wanted to let James Bond fans play as every version of the British Secret Service agent in GoldenEye 007, but licensing issues arose and that never happened. So, several Nintendo fans got together to develop a ‘The Spy Who Loved Me’ expansion mod for GoldenEye007 that attempts to recreate scenes from the 1977 film.

How so? Well, you’ll see that Level 2 takes place in a search for answers in Egypt, while the next one pits the player up against a major assassin. This project was developed with a console first mentality, and has even been thoroughly tested to run on N64 hardware. However, an Expansion Pak is required, but it can also be played through emulation using the 1964 emulator. Download it here now. For those interested in creating their own James Bond vehicle in real-life, you’ll need these Lada 2106 flamethrower headlights. 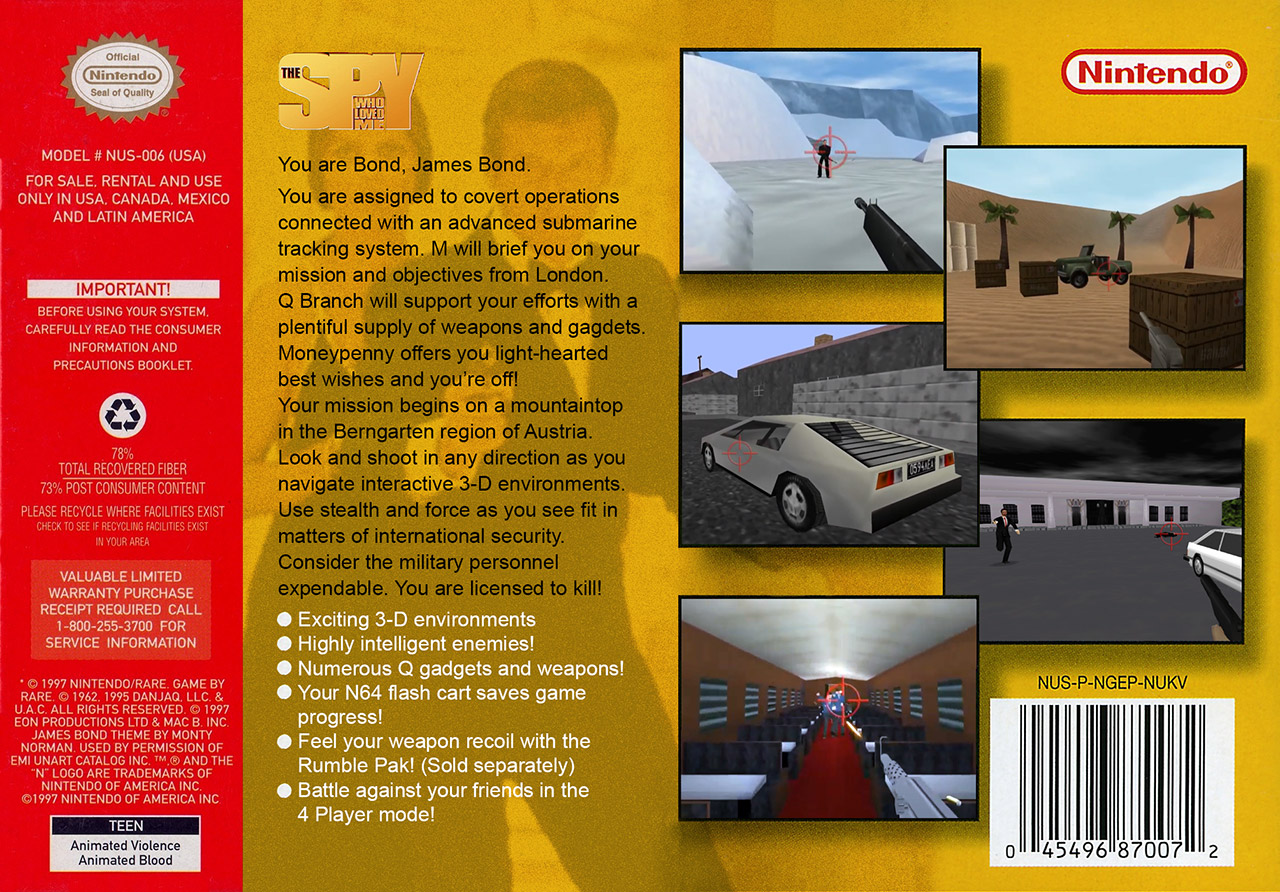 After a year and a half of production, the demo for ‘The Spy Who Loved Me 64’ is complete. Enjoy the first 3 levels of the game, and then take a glimpse of the multiplayer roster in level 4. Level 1 will take the player to the opening scene of the movie in the Alps,” said its developers.