First released in February 2003, Nintendo’s Game Boy Advance SP is a little larger than the GBA when closed and approximately the same height as the Game Boy Color when open. What if there was a portable Wii in this same form factor? Meet the Wii SPii Portable. This custom game console took around a year to complete, beginning with the 3D printed case concepts to being able to run Wii and Gamecube game ISO files stored on an SD card as well as other games via emulators.

What’s inside the case? A trimmed Wii motherboard that may be functional, but does quickly burn through the dual 18650 battery cells. When fully charged, you can expect to 2.5-hours of play time, complete with USB-C PD support. The case itself was CNC milled from acrylic and then meticulously sandblasted for a smooth frosted look. 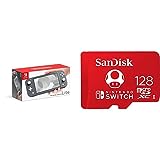