Photo credit: Classic-Youngtimers
Let’s face it, the Nissan GT-R was designed to be a street and track car, but one owner wanted it to go off-road. So, the vehicle had to be first fitted with a different suspension that adds 12 centimeters of extra space between the car floor and the ground. Next, a set of large off-road tires were added, while the wheel arches and mudguards also had to be modified to fit them. Read more for a video, additional pictures and information.

The engine was also upgraded to boost the factory 485 hp to 600 hp+, enabling it to go from 0-62mph in 2.5-seconds, while topping out at 205mph. Want to go on a night adventure? The new LED light bar on the roof and a set of LED offroad lights in the front bumper will most certainly come in handy. One caveat: this vehicle will set you back $107,400 USD. 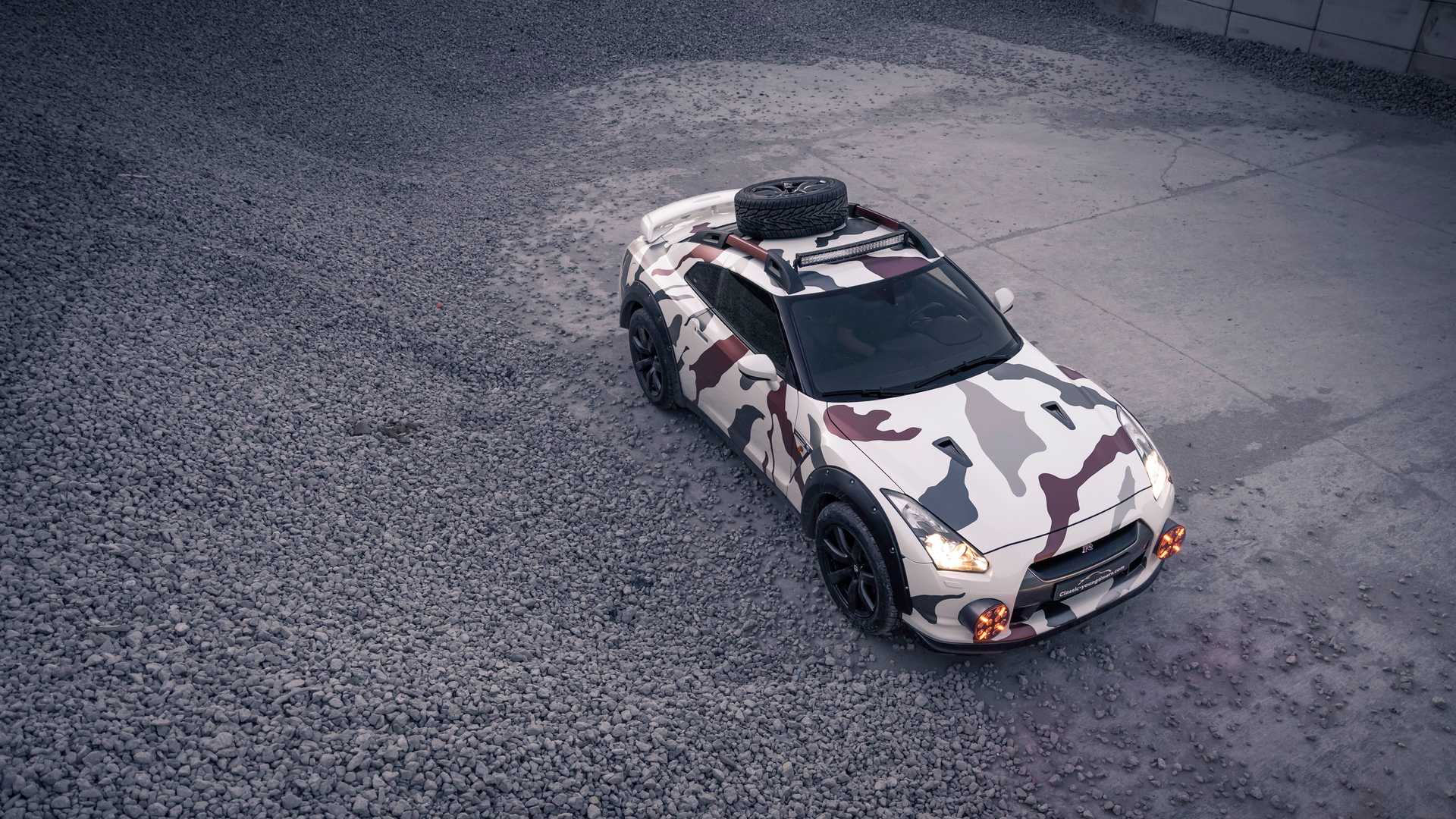 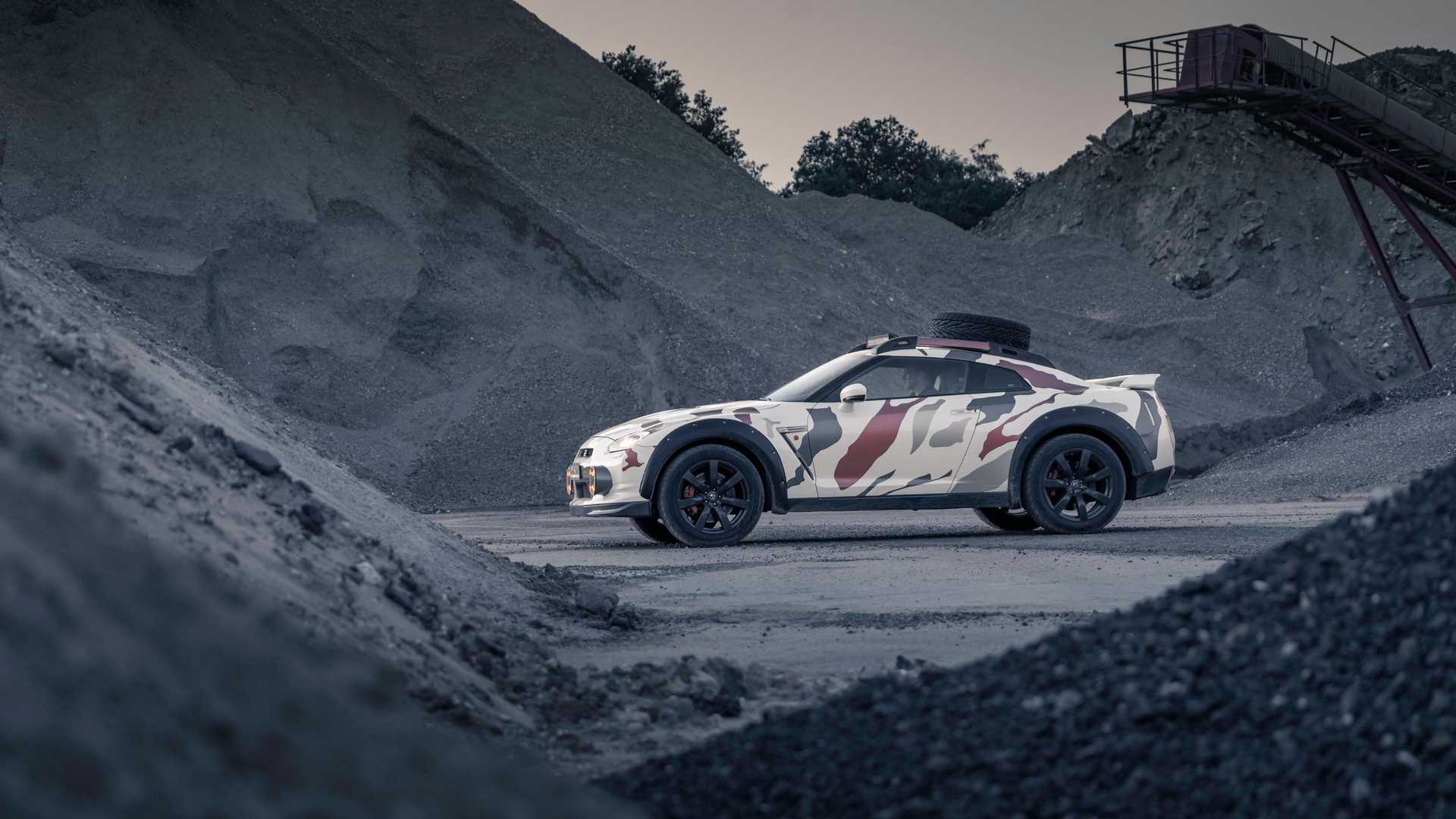 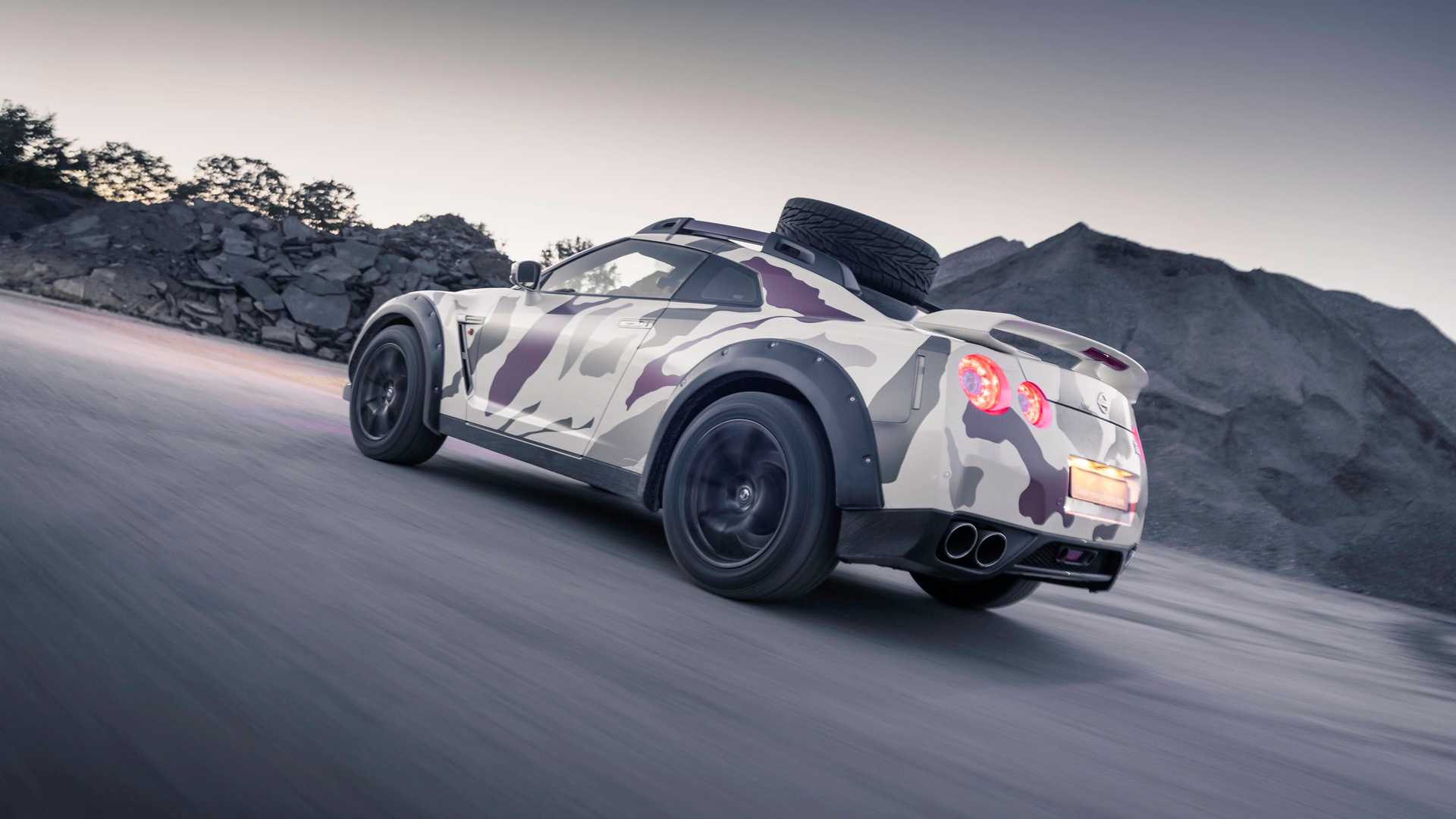 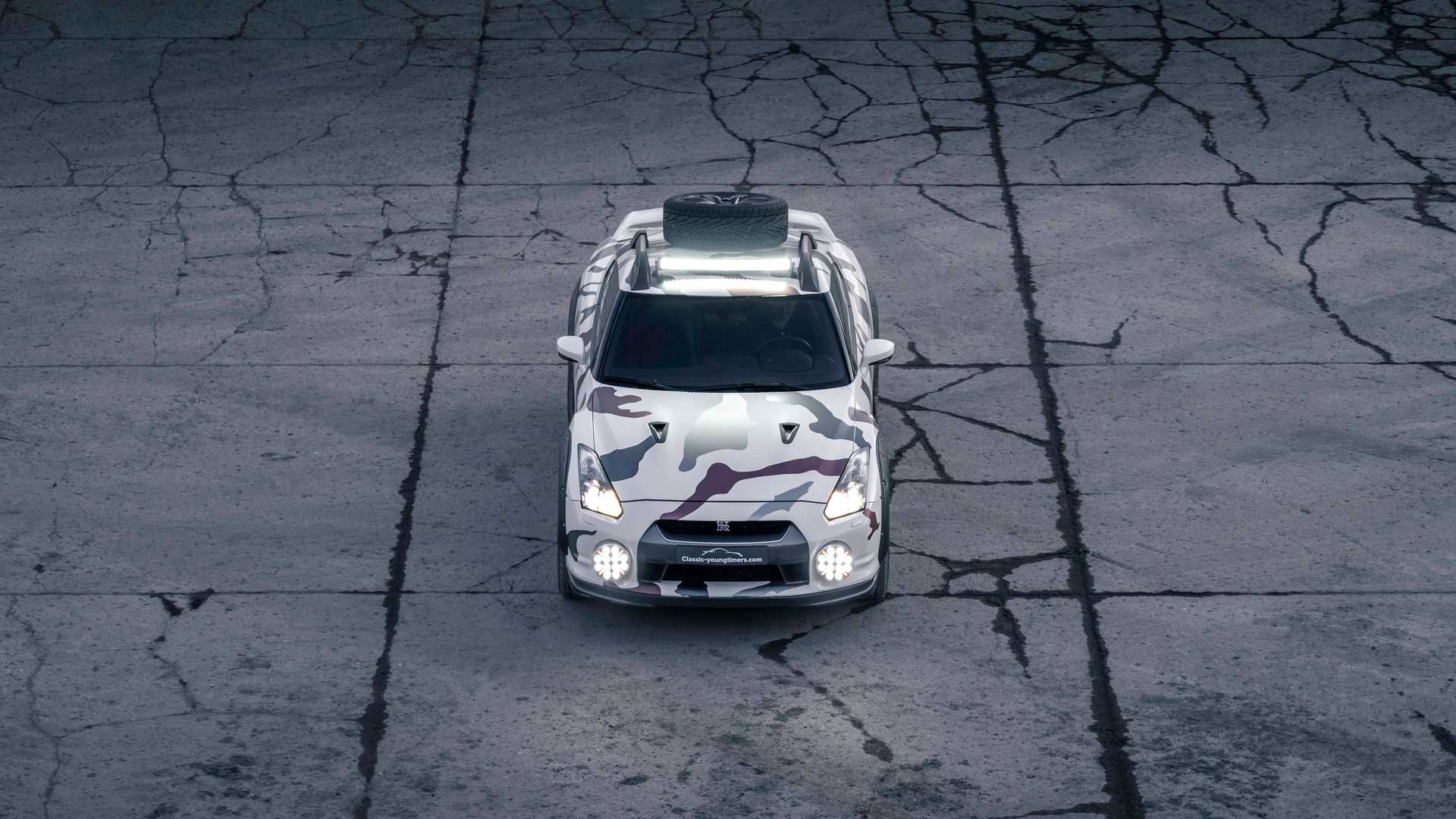 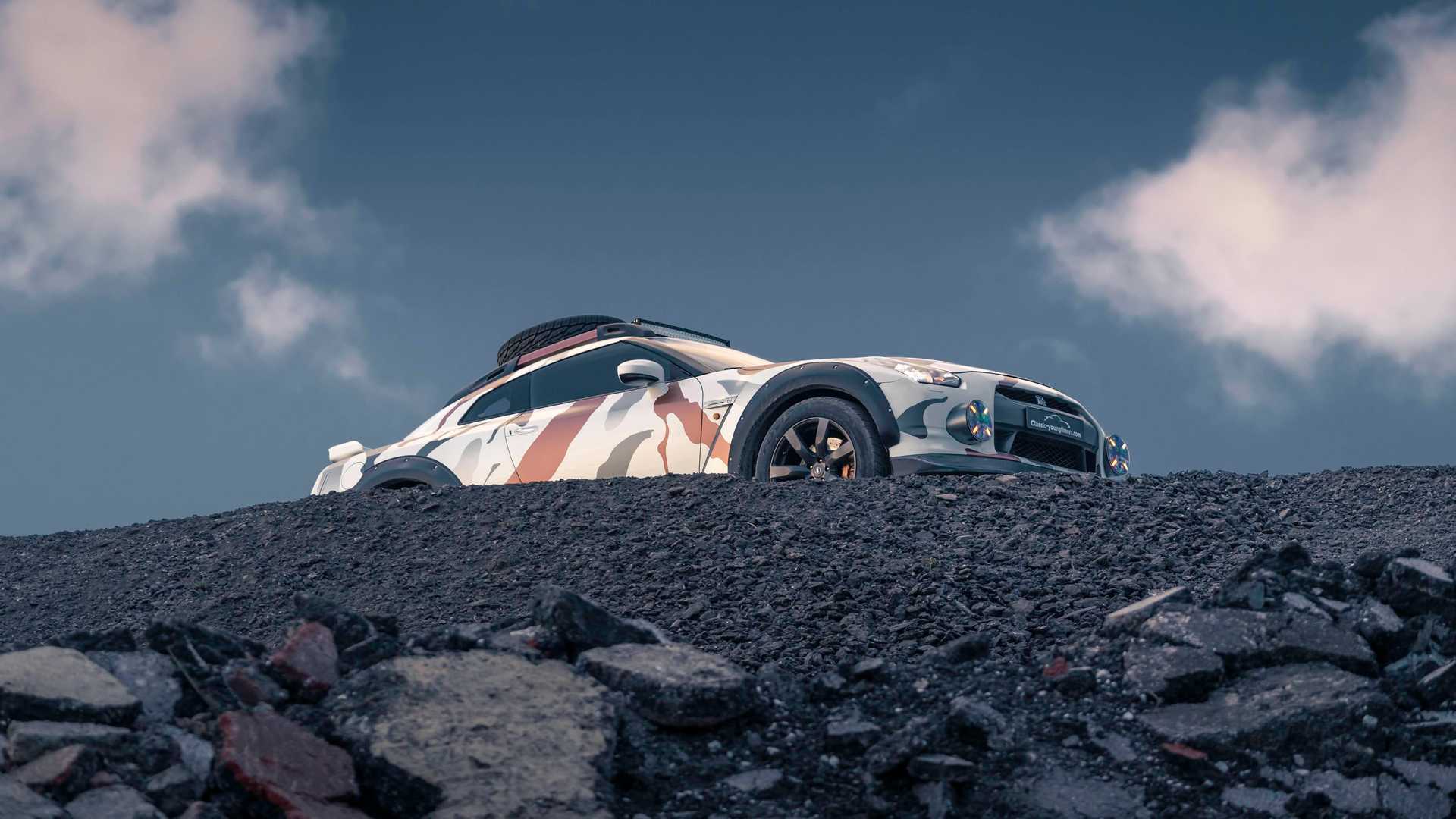 The custom-made roof rack looks just as rough as the terrain this Nissan GT-R is built for. Going on an adventure at night must be at least as easy since the car is equipped with a major LED light bar on the roof and a set of LED offroad lights in the front bumper as well. Both cause an enormous high-beam peak intensity, so don’t be surprised when a stealth fighter is trying to land on your custom built sportscar,” said Classic YoungTimers.