The American Meteor Society has just released footage of the 32,000mph fireball that lit up the North Carolina sky last week. NASA Meteor Watch says that there were many reports of multiple fireballs seen over the United States on September 24th, but the largest grouping of eyewitness accounts – over 80 – is associated with an event that occurred at 7:40 pm Eastern Daylight Time. Read more for the video and additional information.

After analyzing the eyewitness accounts, researchers determined that the meteor skimmed the coast of North Carolina, becoming visible approximately 48-miles above the ocean off Camp Lejeune, moving northeast at 32,000 miles per hour. It traveled 26-miles through Earth’s upper atmosphere before disintegrating 28-miles above Morehead City. 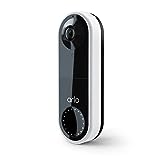 There is more than the usual amount of uncertainty in the trajectory solution due to all the observers being located to the west of the fireball. At least 2 videos have been posted of this event. We thank the American Meteor Society for providing the eyewitness accounts,” said NASA.