Norwegian Cruise Line’s newest ship, the Norwegian Bliss, features a race course for electric go-karts, laser tag, a waterslide with a tube that swooshes you along the side of the ship, an observation lounge, a mojito bar, cigar lounge, brew house, Jimmy Buffet’s Margaritaville At Sea, and even a Texas barbecue restaurant. Going back to the go-karts, the track sits atop deck 19 and the vehicles can hit speeds of up to 30 mph. Want to race? You’ll have to pay $9.95 for an eight-lap session. Read more for another POV video, additional pictures and information.

The ship measures 41 meters wide and 333 meters long (135 by 1,093 feet), and is the largest in Norwegian’s fleet, with 20 decks and a capacity of about 4,000 passengers. This ship may seem large, but there are larger ones out there, including Royal Caribbean’s Symphony of the Seas, which is currently the world’s largest, with a passenger capacity of 6,680. 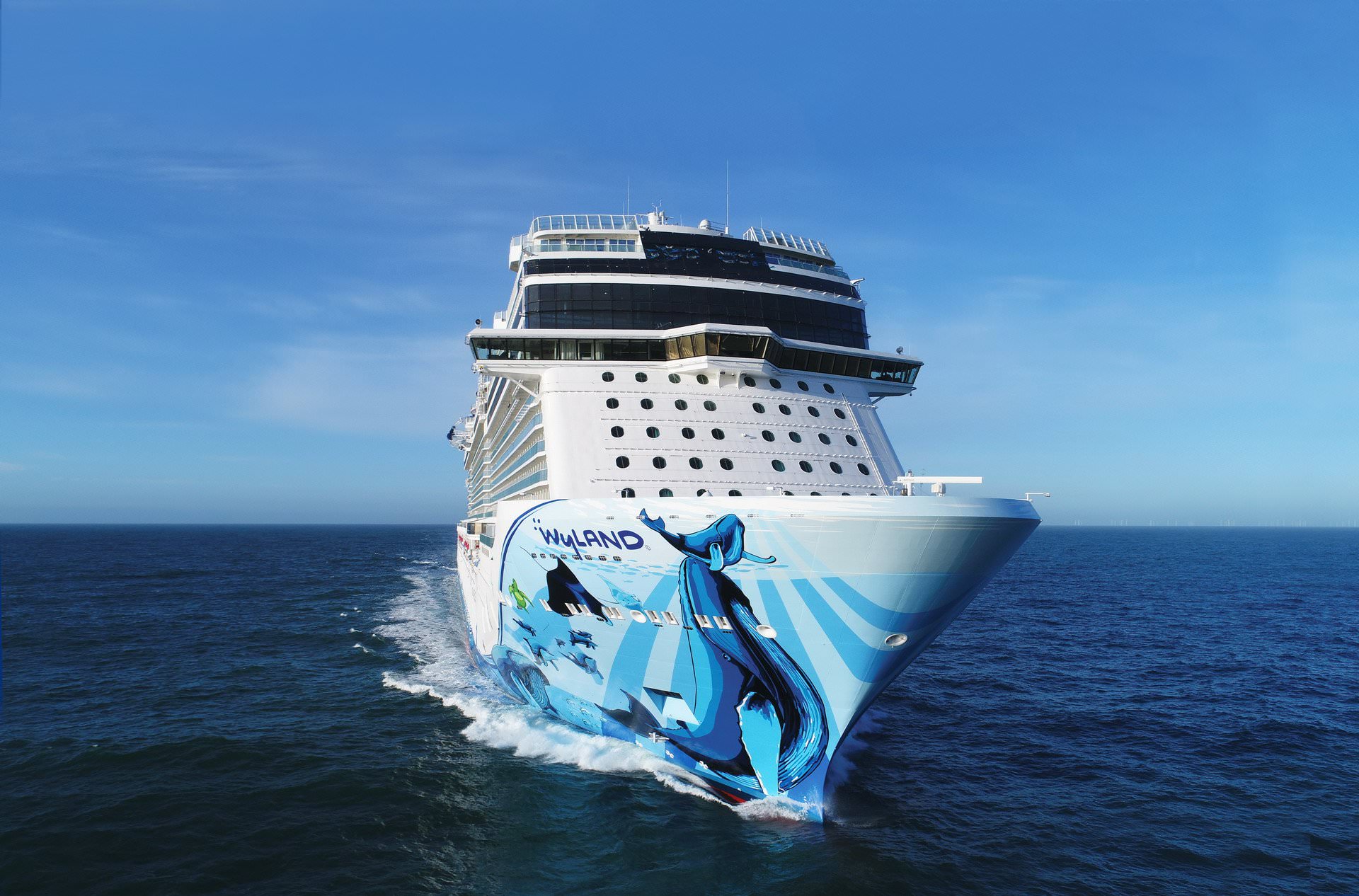 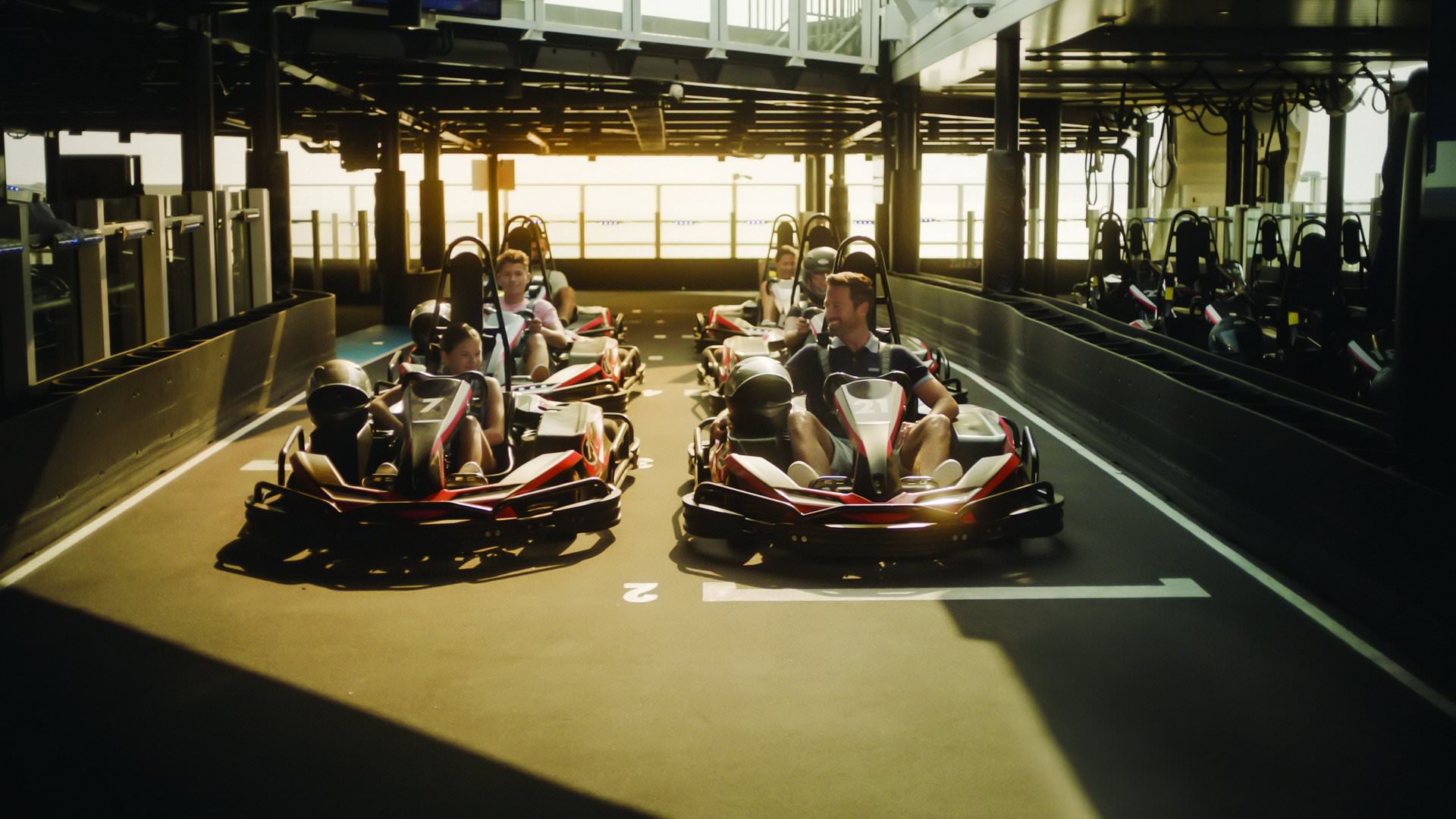 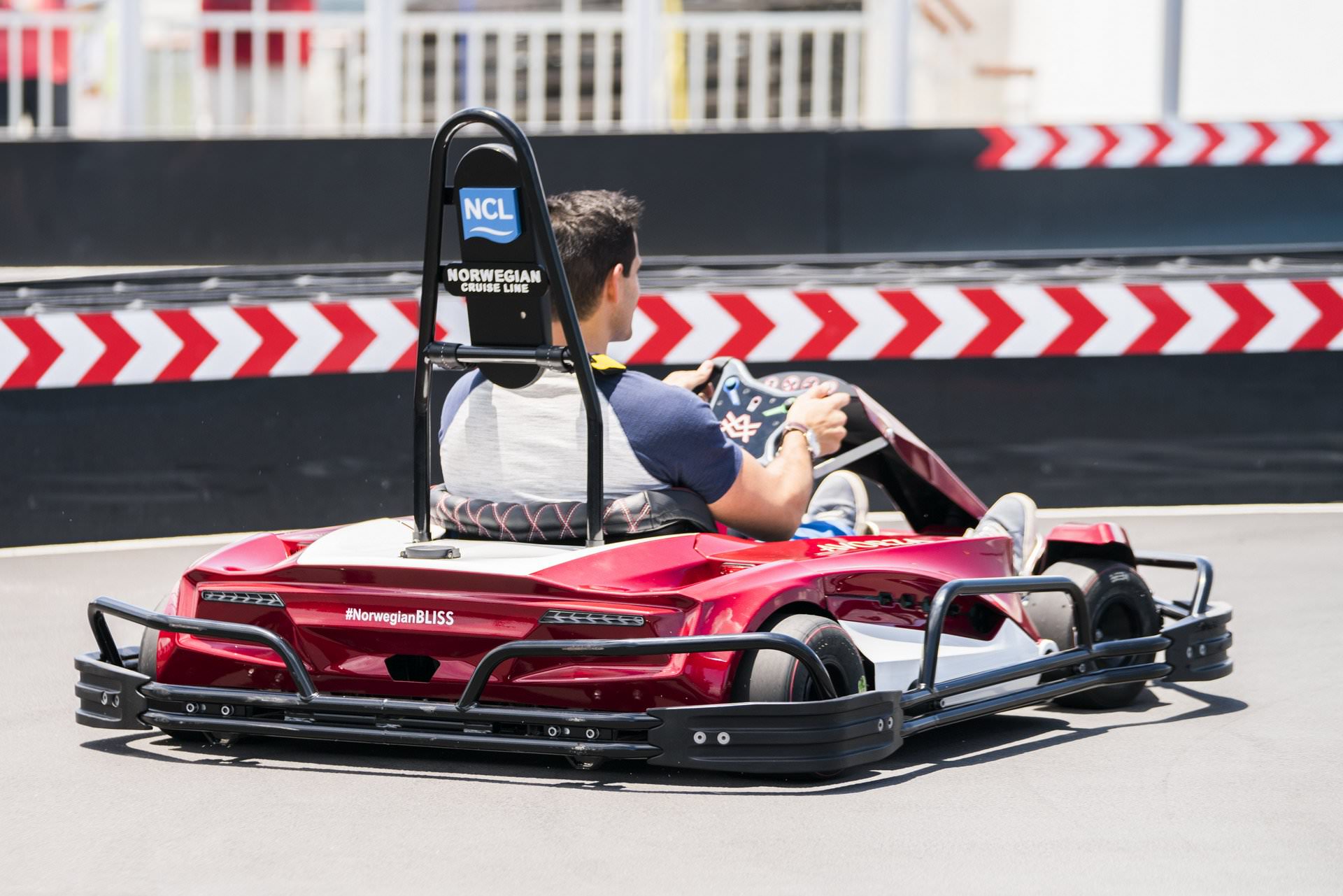 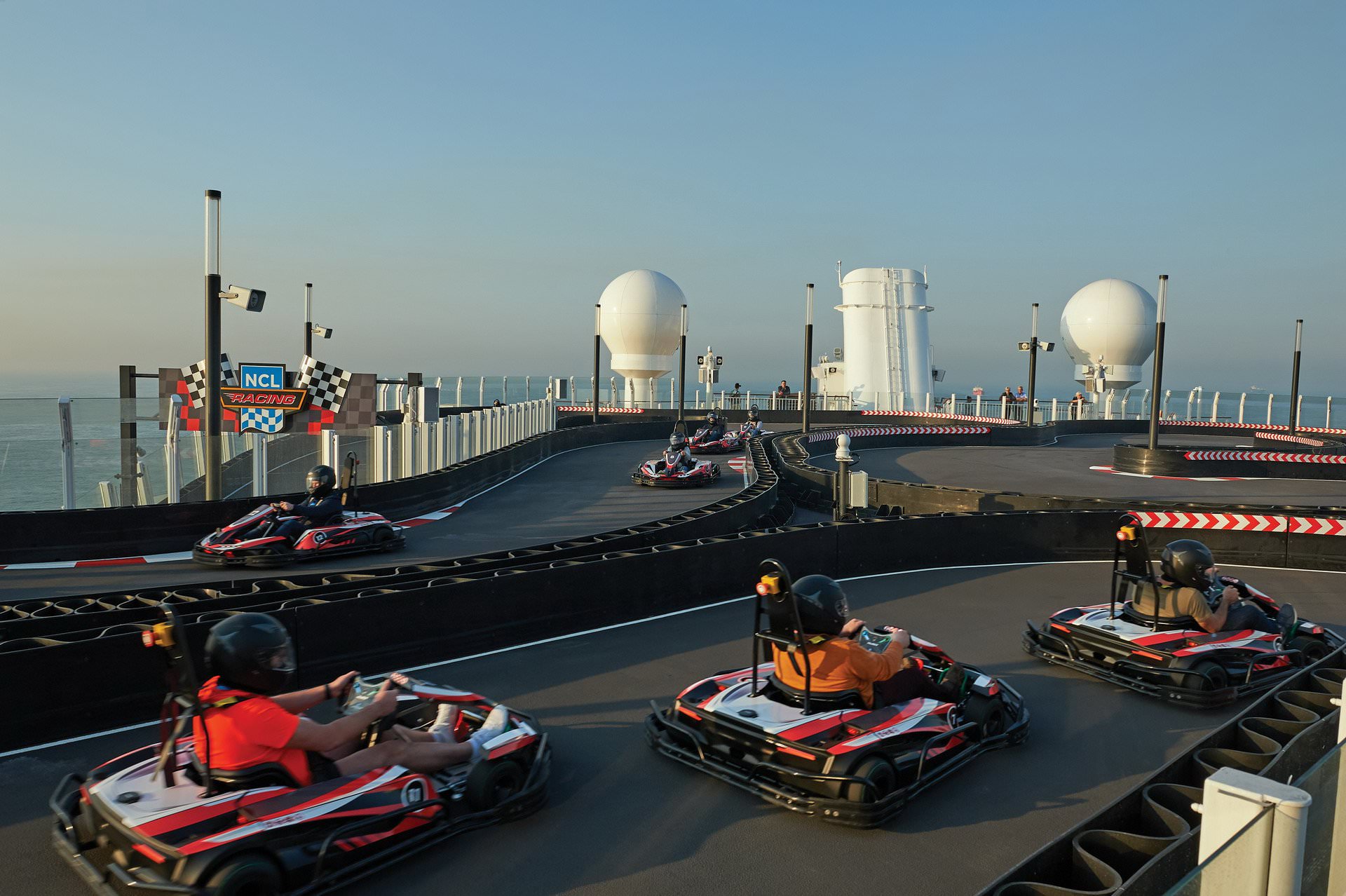 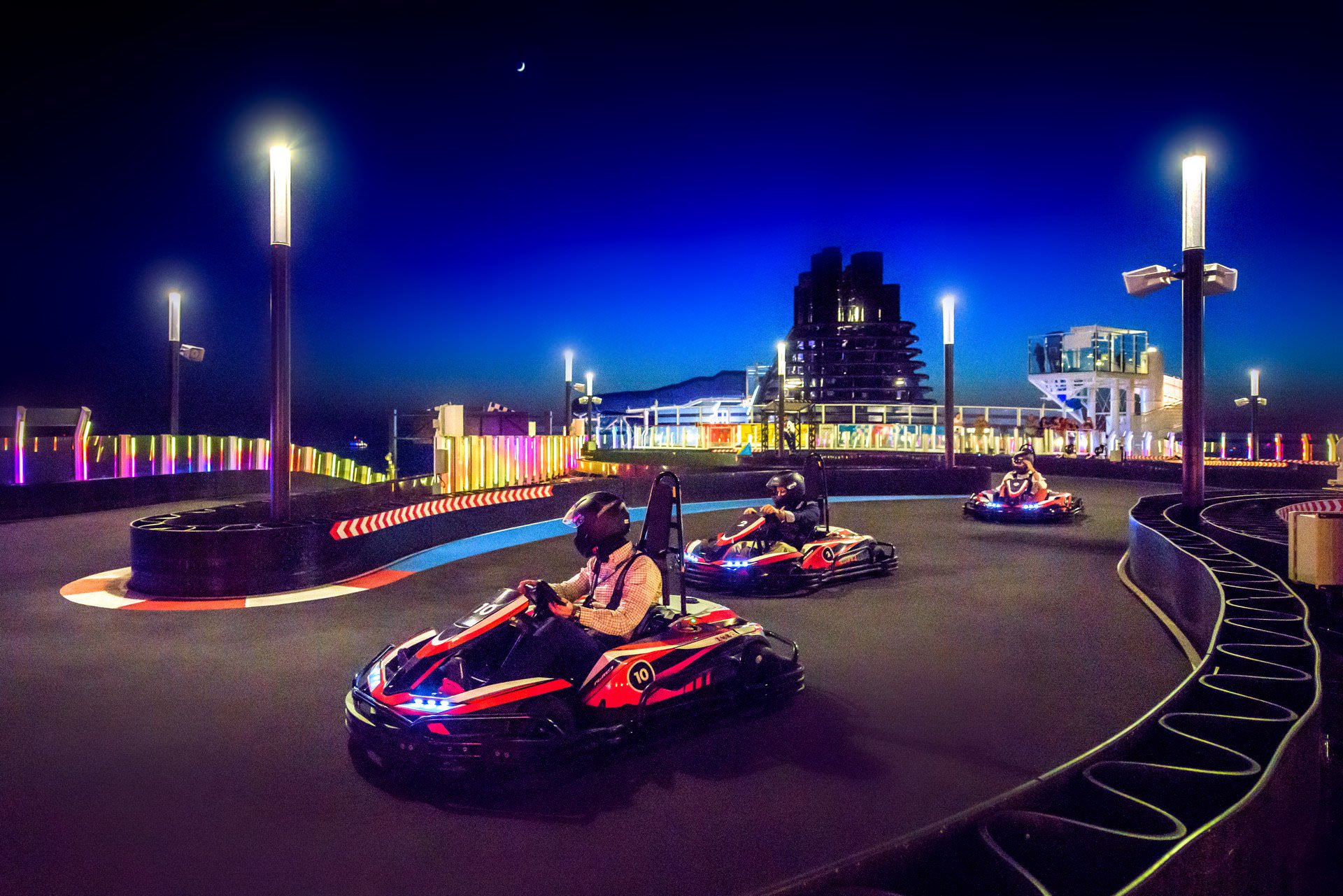 “It’s not just different for the sake of being different, it’s an activity that people are going to love, they are going to have fun and that is also going to be unexpected on a ship. You do an image of a race track on top of the ship and everybody stops and they raise an eyebrow,” said president and chief executive of Miami’s NCL, Andy Stuart.