Adapted from the Cyberpunk franchise, Cyberpunk 2077 takes place in dystopian Night City, an open world with six distinct regions. Players take on the role of the customizable mercenary V in a first-person perspective, acquiring skills in hacking and machinery, an arsenal of ranged weapons, and options for melee combat. To commemorate its release later this year (September 17, 2020), NVIDIA created a super limited edition GeForce RTX 2080 Ti Cyberpunk 2077 Edition GPU in collaboration with the game’s developers, CD PROJEKT RED. Read more for an unboxing video and additional information.

NVIDIA made just 200 of the Cyberpunk 2077 GPUs, and none were offered for sale, but rather through a contest. Each features a custom AL5052 aluminum shroud, with Cyberpunk 2077’s signature yellow styling, and powerful GeForce RTX 2080 Ti hardware underneath. It comes safely packaged in a special edition Cyberpunk 2077 box, perfect for a collector’s shelf, or inside your computer. Yes, they’re already selling for over $5,000 on eBay. 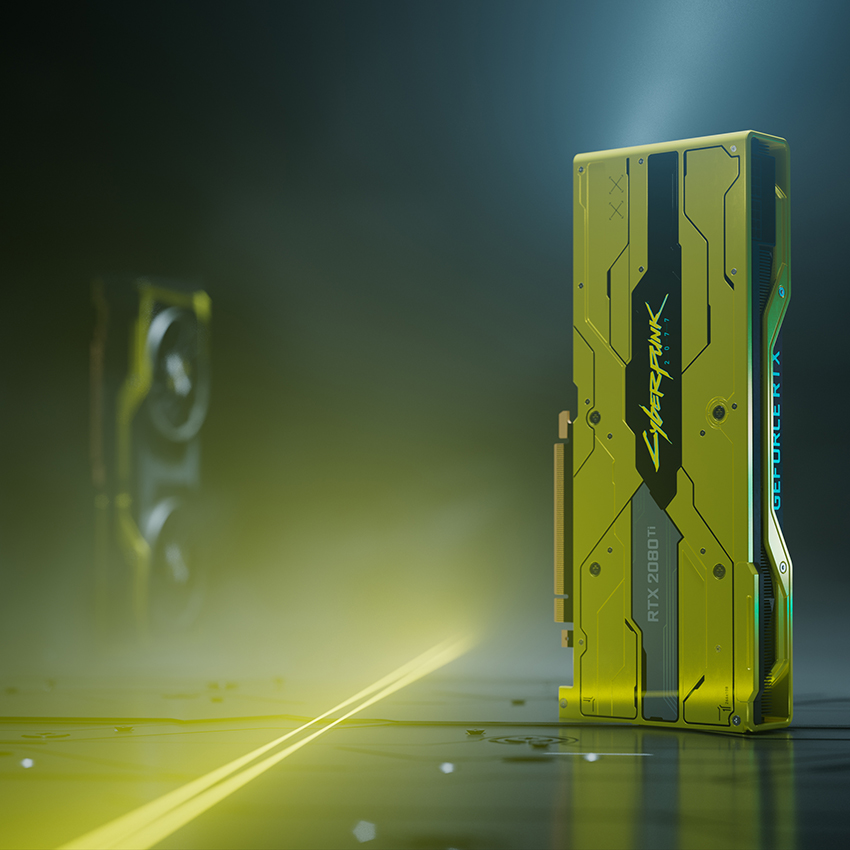