Photo credit: Chaiti Narula
It’s not unusual for modern smartphones to catch fire or even explode, but this is the first OnePlus One device we’ve heard of allegedly exploding even while switched off. This device mysteriously caught fire at night and according to the owner, it just started flaming spontaneously and releasing “nauseating fumes”. The owner even contacted OnePlus and Amazon India for a solution to the incident, pointing out that an air conditioner was also maintaining room temperature at a comfortable 19° C. Read more for another picture and additional information. 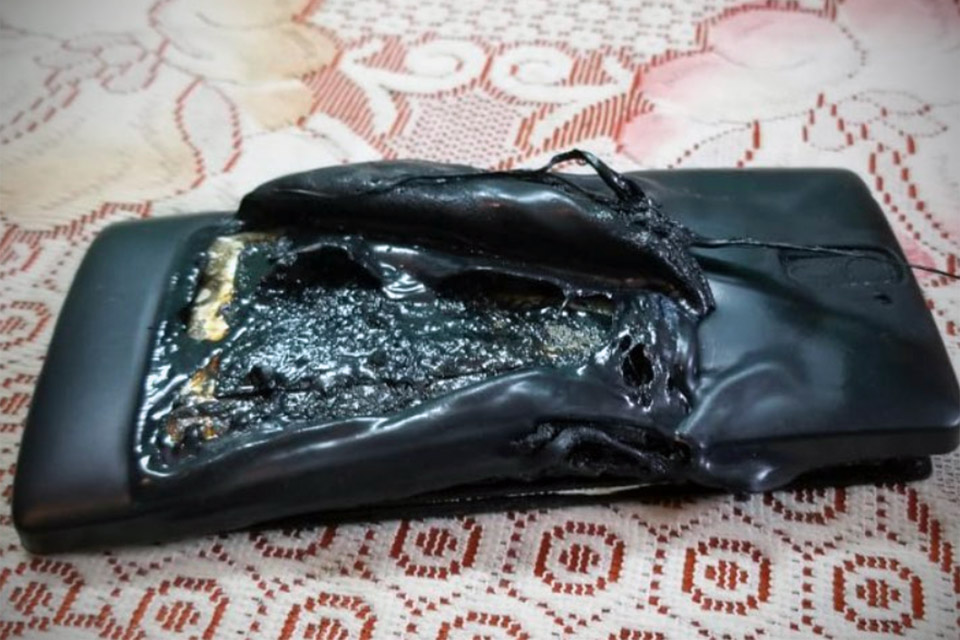 News anchor Chaiti Narula posted the story on Twitter, and OnePlus responded by saying that its “Critical escalations” team had already reached out to the owner and is currently on working to resolve the issue. “On seeing the fumes filled in the room, I immediately splashed water on to the device to douse the fumes and flames,” said the smartphone’s owner.