The Belle Époque (French for ‘Beautiful Era’) was a period of Western history dated from the end of the Franco-Prussian War in 1871 to the outbreak of World War I in 1914, characterized by optimism, regional peace, economic prosperity, an apex of colonial empires, technological, scientific, and cultural innovations. In the climate of the period, especially in Paris, the arts flourished, with many masterpieces of literature, music, theater, and visual arts that gained recognition. Film restoration specialist Guy Jones gives us a tour through Paris, France during the late 1890s, or the “Golden Age”. Read more for another video and additional information.

It was during the 1890s that Vincent van Gogh’s paintings achieved the admiration that had eluded them during his life, first among other artists, then gradually among the public. Reactions against the ideals of the Impressionists characterized visual arts in Paris during the Belle Époque. France was also a leader of early cinema technology. The cinématographe was invented in France by Léon Bouly and put to use by Auguste and Louis Lumière, brothers who held the world’s first film screenings. It was during this era that motion pictures were developed, though they did not become common until after World War I. 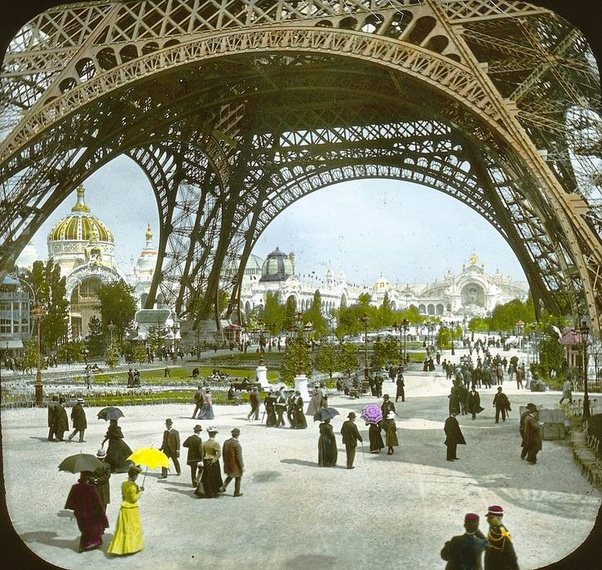 “Film restorer Guy Jones collected old footage shot between 1896 and 1900, slowed it down to a natural speed, and added sound for ambiance. This beautiful 6-minute experience is what resulted. The scenes were all captured in Belle Époque-era Paris, France, by the Lumière company,” reports Peta Pixel.