Always wanted to build your own robot dog? If so, then look no further than the Petoi Bittle. This palm-sized robot is capable of moving with four legs instead of wheels, giving it more freedom to navigate unstructured terrains, similar to the much larger Boston Dynamics Spot. It’s very easy to build, thanks to its interlocking frame, and it takes around one hour to put together the body from scratch. Read more for a video, additional pictures and information.

On the technical side, it’s powered by a NyBoard V1 that has an Atmega328P (16MHz CPU, 2K SRAM, and 32K flash), an 8K I2C EEPROM, an IMU, a servo driver for 12 PWM servos, an infrared receiver, a buzzer, a 2×5 socket to mount on a Raspberry Pi, WiFi/Bluetooth, an audio amplifier, and a speaker. Best of all, it costs just $195. More information here. 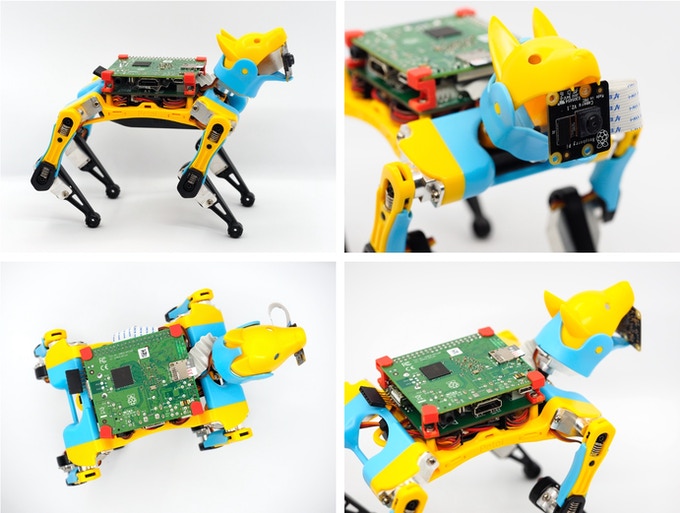 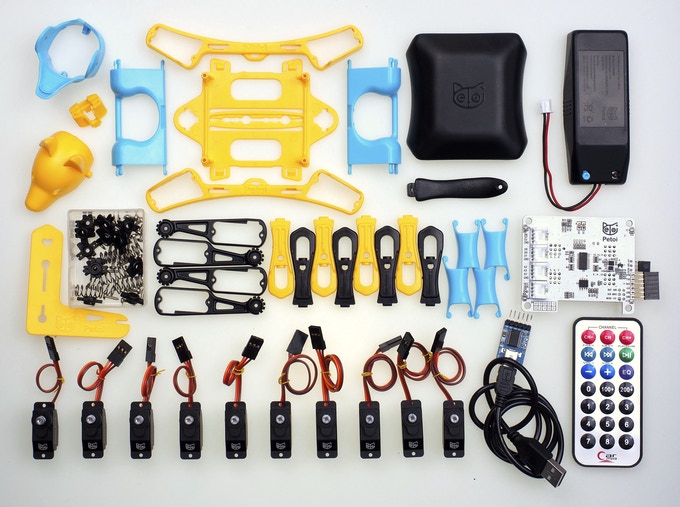 Bittle is driven by our OpenCat code. It has 3K lines of Arduino codes excluding 3rd party libraries. It defines the minimal data structure and algorithms for performing quadruped motion. We also provide example commander and parser in Python so that you can send instructions from other devices. The code is already running on thousands of small quadruped robots, including many variants of OpenCat,” said its creator.