Photo credit: Peta Pixel
In Manchester, New Hampshire, four burglars smashed a glass door at the Hunt’s Photo and Video store just before 5 a.m. Thursday and grabbed about $50,000 worth of cameras and lenses before running out the front door, all in under a minute. “They busted through it and they just kind of shimmied through like a big doggy door. They threw in a whole bunch of bins, and they just immediately got to work. Smashed out all the glass in the cases, and one guy just jumps up on the case and starts shoveling it off into their bins from on high,” said store manager Harper Hodges. Read more to see just how quickly they made out.

Thankfully, the store had installed a high-end surveillance camera after a similar break-in four months ago, right above the front doors, which recorded their every move. Now Manchester police have the video, and they’re attempting to identify the suspects, and / or find people who know of their whereabouts. 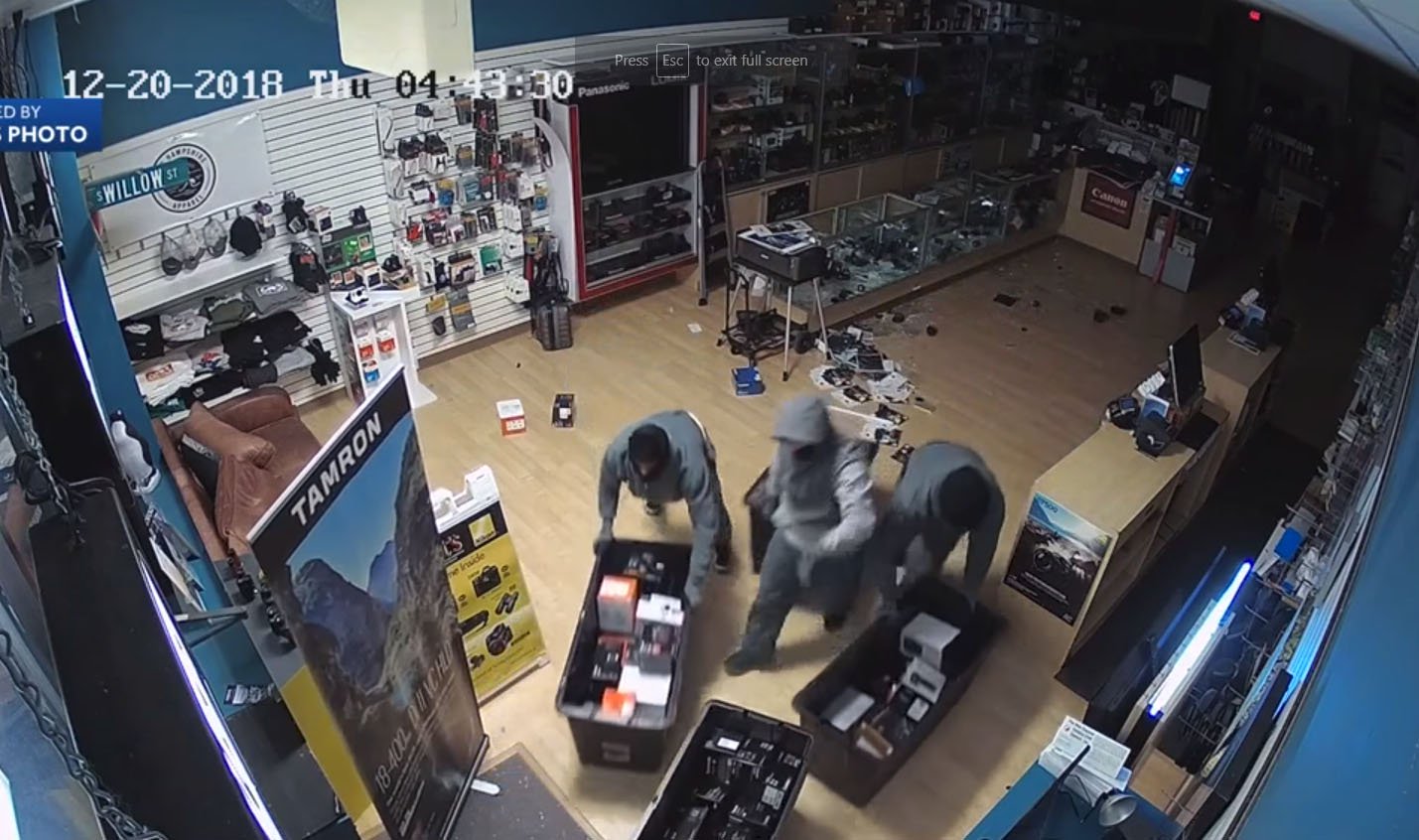 “As the security camera footage in the segment above shows, four thieves smashed through the glass front door of the store with an ax before storming in with large plastic bins. The ax-wielder then began smashing glass display cases, allowing his accomplices to grab camera equipment by the armful to fill the bins,” reports Peta Pixel.

Bugatti Type 100 Hypercar Draws Inspiration from the Chiron, Might be Crazier-Looking Than the Divo