Photo credit: University of Glasgow
To understand quantum entanglement, we have to begin with Albert Einstein’s work, which in part led to the prediction of this phenomenon, or the idea that two particles can remain connected across vast distances of space and time. At the time, this idea was considered absurd, but it has since been proven with countless quantum physics experiments. Now, one research team at the University of Glasgow has successfully photographed entangled photons using a high-tech laser. “The image we’ve managed to capture is an elegant demonstration of a fundamental property of nature, seen for the very first time in the form of an image,” sid Paul-Antoine Moreau, a physicist at the University of Glasgow. Read more for a video and additional information.

The quantum entanglement phenomenon is simply the idea that two tiny particles can be paired and separated, yet remain intimately and instantly connected across vast distances. Due to the laws of physics, two particles can get entangled with a binary, like spin or phase polarization. At the exact moment of observation, the other particle takes on the opposite state of its twin, even if the particles are separated by light-years of space. 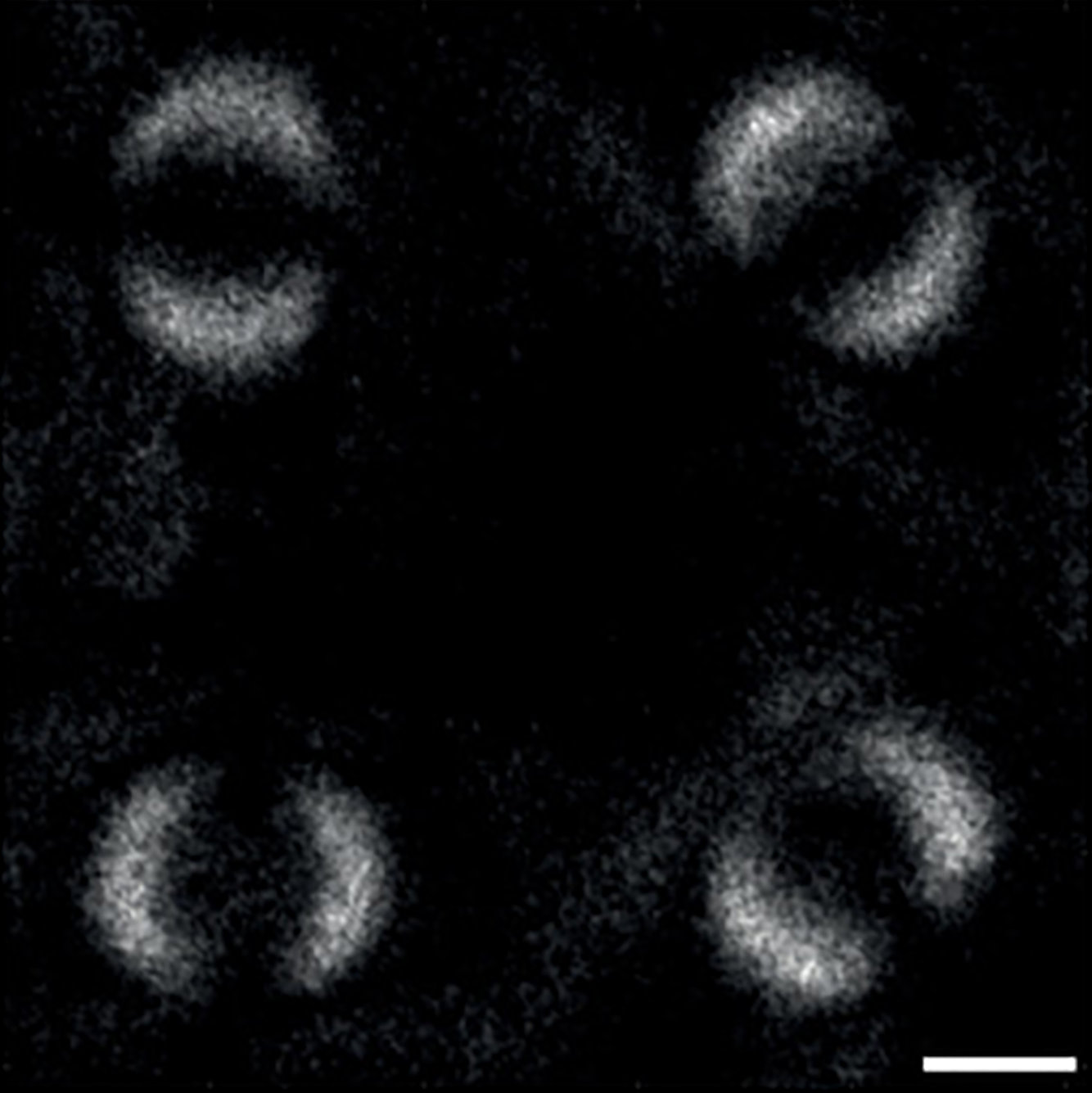 Researchers at the University of Glasgow developed a system that fires a stream of entangled photons from a quantum source of light at “non-conventional” objects which are displayed on liquid-crystal materials, thus changing the phase of the photons as they pass through in order to capture the image.

Forget the Nintendo Switch Lite, AGC is an Android Gaming Console That Can Do So Much More