It’s official, after months of rumors, Netflix confirmed today that Resident Evil has been transformed into an original CG anime series for the streaming service. It’s slated for a global launch in 2021 exclusively on Netflix. This new series will be produced and supervised by Capcom’s Hiroyuki Kobayashi, while TMS Entertainment, which created multiple anime series, will produce the series, and Quebico, led by Kei Miyamoto, the producer of Resident Evil: Vendetta takes charge of the full 3DCG animation production. Read more for the first trailer and additional information.

This horror-action series will be based around the stories of the two popular characters, Leon S. Kennedy and Claire Redfield. In the trailer above, we see Claire entering an abandoned building enveloped by the dark night as she happens to find “something” while Leon saves “someone” in the darkness. Who is going to be the enemy this time? We’ll have to wait until the next teaser to find out. 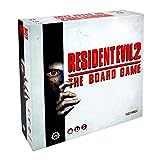 This will be a horror-action series based around the stories of the two popular characters, Leon S. Kennedy and Claire Redfield. By adding suspense into dynamic action scenes, this series will reveal a Resident Evil world unlike anything seen before,” said Netflix.