Photo credit: Evan Blass
Samsung Galaxy Buds include several models, like the Plus and Live, but the company’s upcoming Pro has a new rounded design, according to these leaked images by Evan Blass. Featuring silicon-based tipped earbuds, it has the same case as the Live model and are expected to launch alongside the Galaxy S21 smartphone in January. These appear to have Active Noise Cancellation technology due to the speaker grilles, which most likely cover microphones. Read more for another picture and additional information. 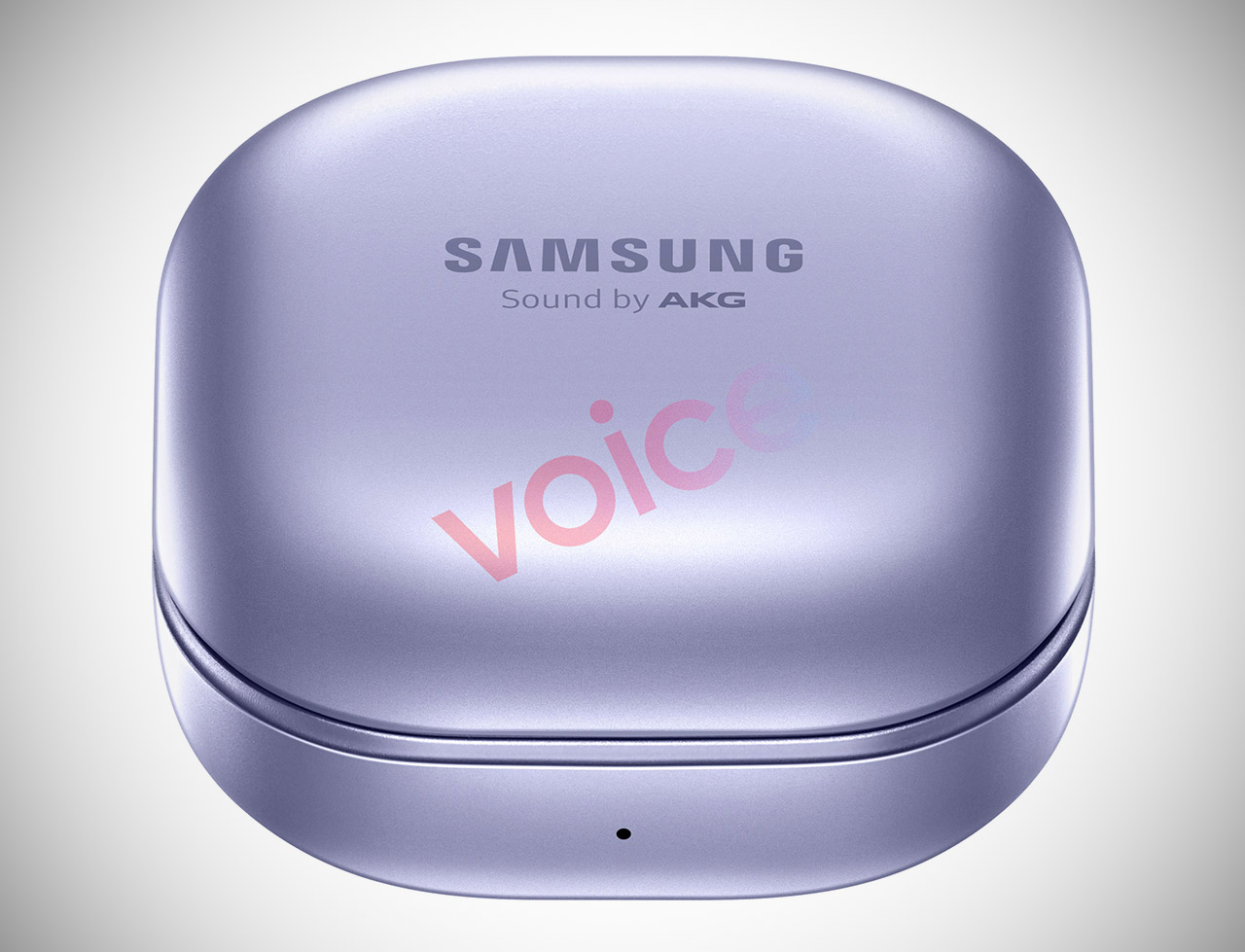 The FCC documents show that the case has a 500mAh battery, or enough power for around 24-hours of continuous listening if the Buds Pro are occasionally charged. There’s no word yet on pricing, but considering the Buds Pro and Buds Live are both sub-$150 retail, this may come in at or around $199, which is still less than the AirPods Pro.