Samsung revealed four new S10 models today: a budget-friendly S10E, the S10, S10 Plus, and a top-of-the-line Galaxy S10 5G (coming later this year), which is also the company’s first 5G smartphone. All models feature a near bezel-less Infinity-O display, Qualcomm’s in-screen Ultrasonic Fingerprint Scanner to read the 3D contours of your thumbprint, and a One UI user interface for easy navigation. Other features include: four rear cameras, 1TB of storage and Wireless PowerShare 8, enabling you to charge Qi-certified smartphone devices and compatible wearable tech. Read more for a hands-on video, additional pictures and information.

Each S10 also comes equipped with AI software that automatically optimizes battery, CPU, RAM, and even device temperature based on how you use your phone, and continues to improve itself over time. Leveraging AI-capabilities, this handset also learns how you use your device to launch your most frequently used apps faster. Intelligent Wi-Fi provides an uninterrupted and safe connection by seamlessly switching between Wi-Fi and LTE, as well as alerting you of potentially risky Wi-Fi connections. 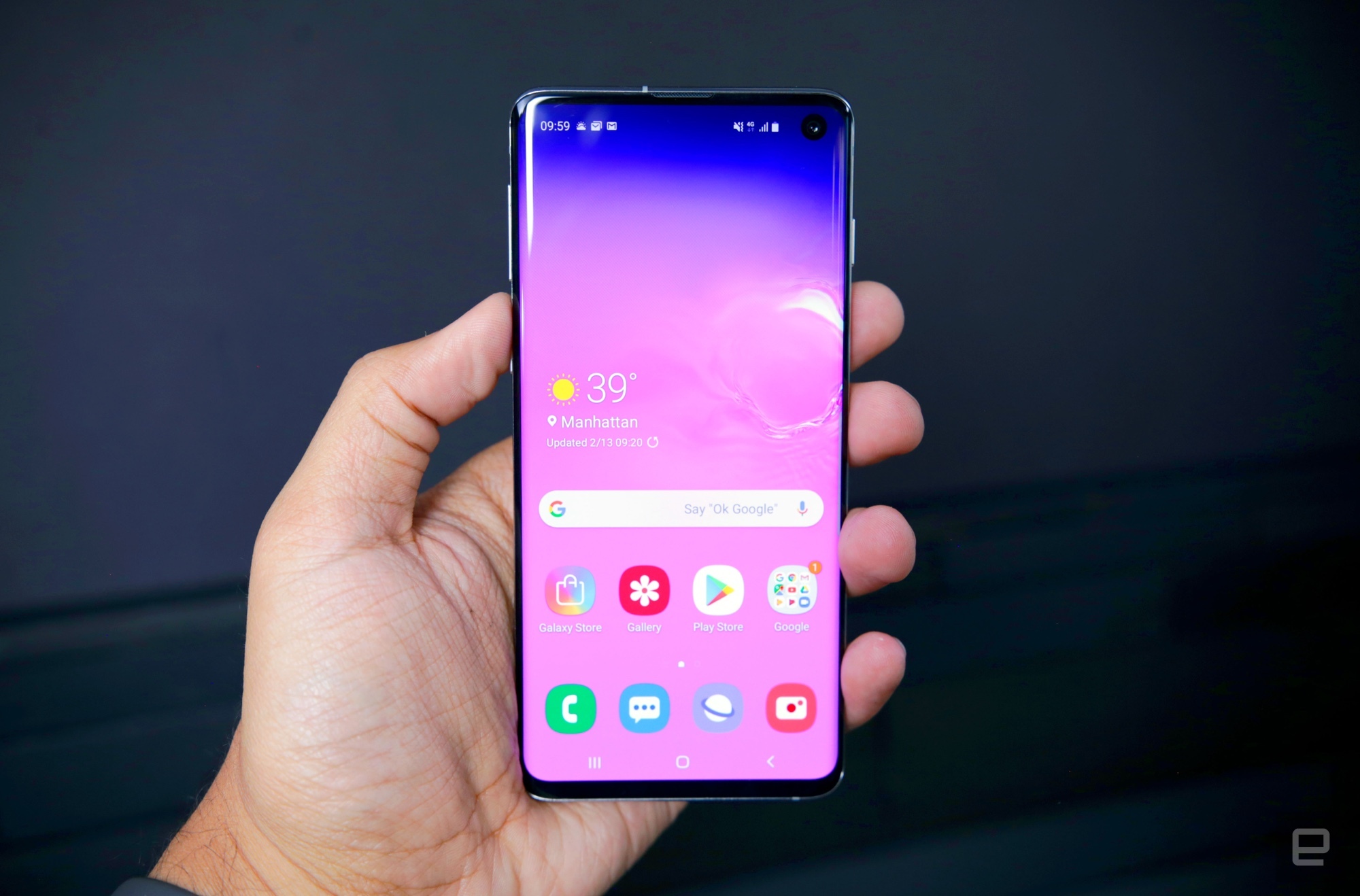 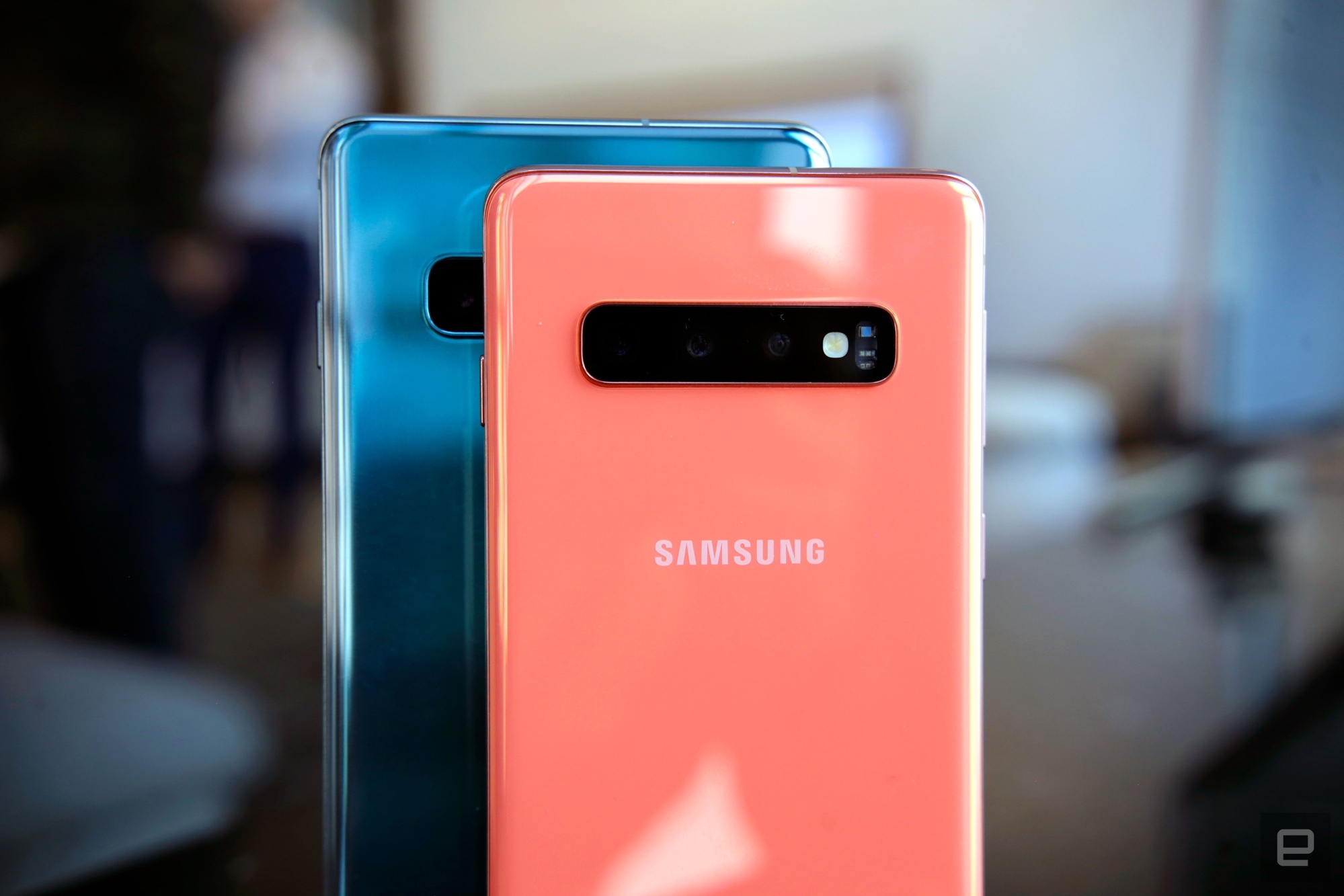 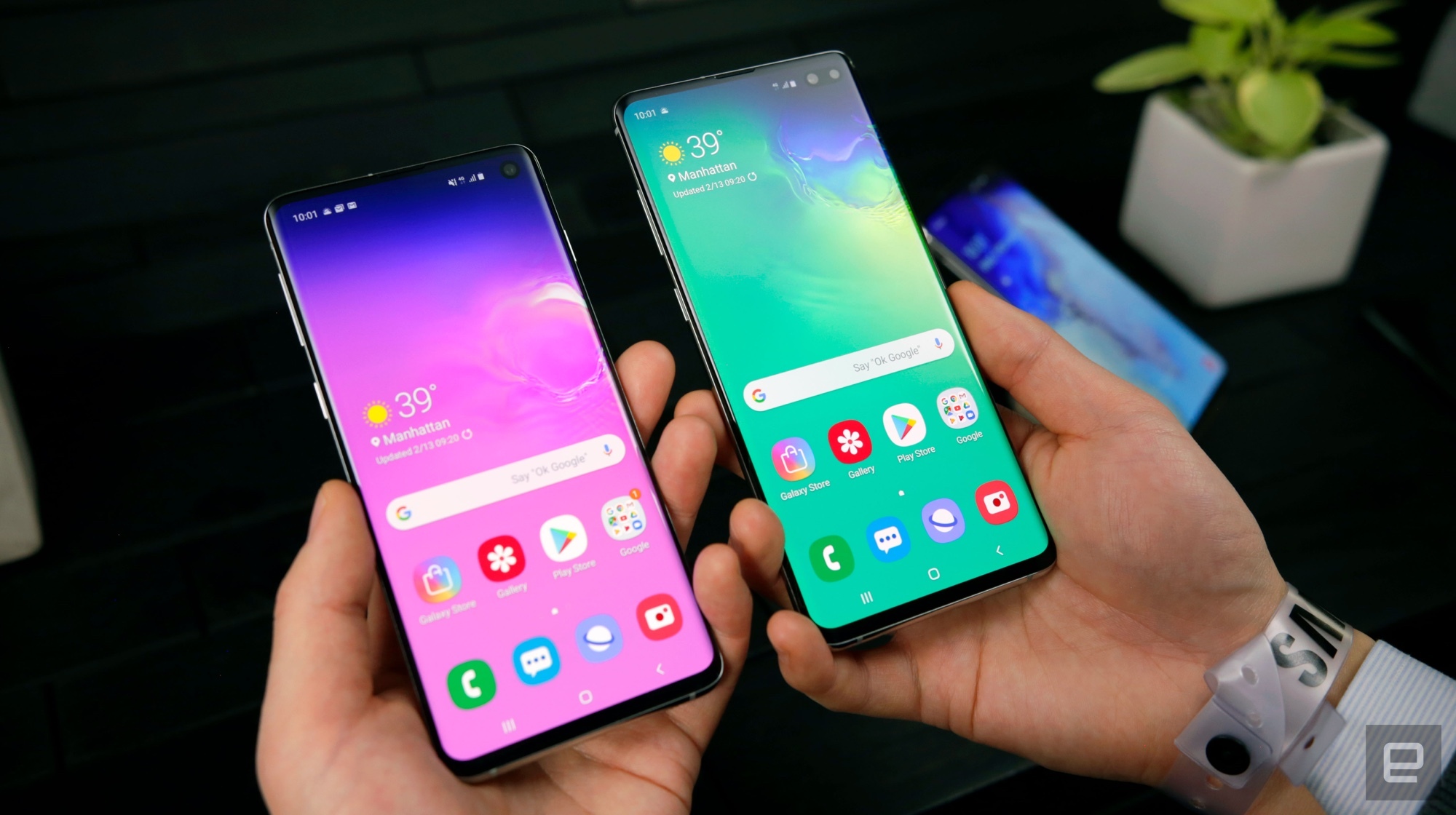 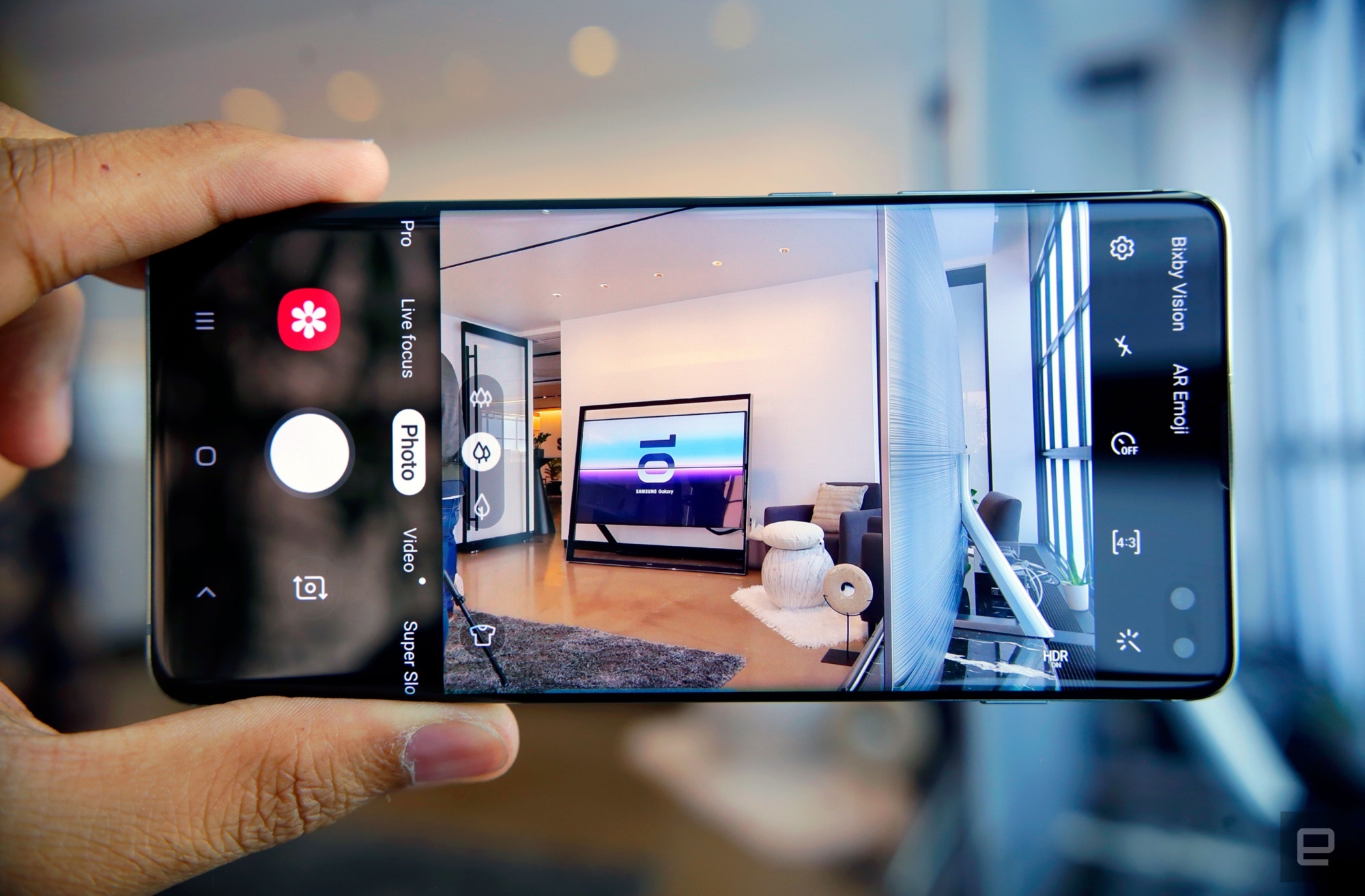 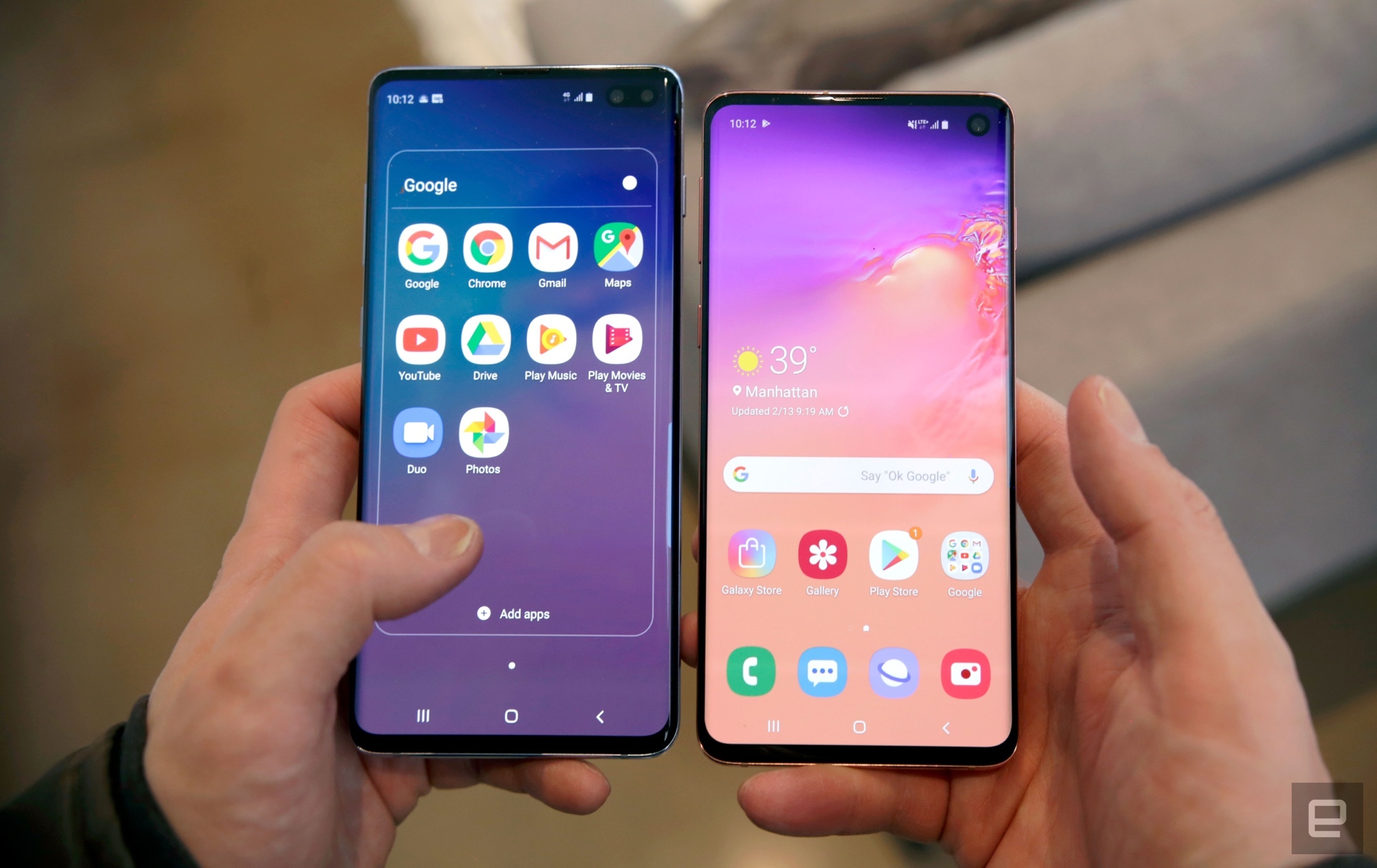 Photo credit: Engadget
“Inside, the S10 and S10 Plus have the Snapdragon 855 processor (in the US, other regions will see a Samsung Exynos processor), between 8GB and 12GB of RAM, and up to 1TB of storage in the S10 Plus. Both models start at 128GB of storage and have support for microSD card expansion as well. All three phones will be available for preorder starting tomorrow, February 21st, and they will start shipping on March 8th. In addition to all four major US carriers, the S10 family will also be available unlocked from Samsung and other retailers, starting at $899.99 for the S10 and $999.99 for the S10 Plus,” reports The Verge.