Photo credit: Lets Go Digital
Samsung’s 70-page patent for brand an ‘electronic device’ was filed with the USPTO (United States Patent and Trademark Office) in July this year and published on October 29, 2020. In this document, patent sketches for a smartphone show a device with several screens covering the entire device with a display surface. There’s a curved display up front, a second flat screen in back and several semi-rounded displays are used for the edges. Read more for a video and to see the patent sketches.

These could use several different technologies, including AMOLED, microLED and LCD. If all of them were utilized by developers, the orientation could change depending on how you’re using specific apps, as they could simply flow from one screen to another if necessary. A sliding camera ensures a seamless experience rather than have a hole punch or notch in the middle. If Mobile World Congress 2021 goes as planned, we may even see a functional prototype of this smartphone. 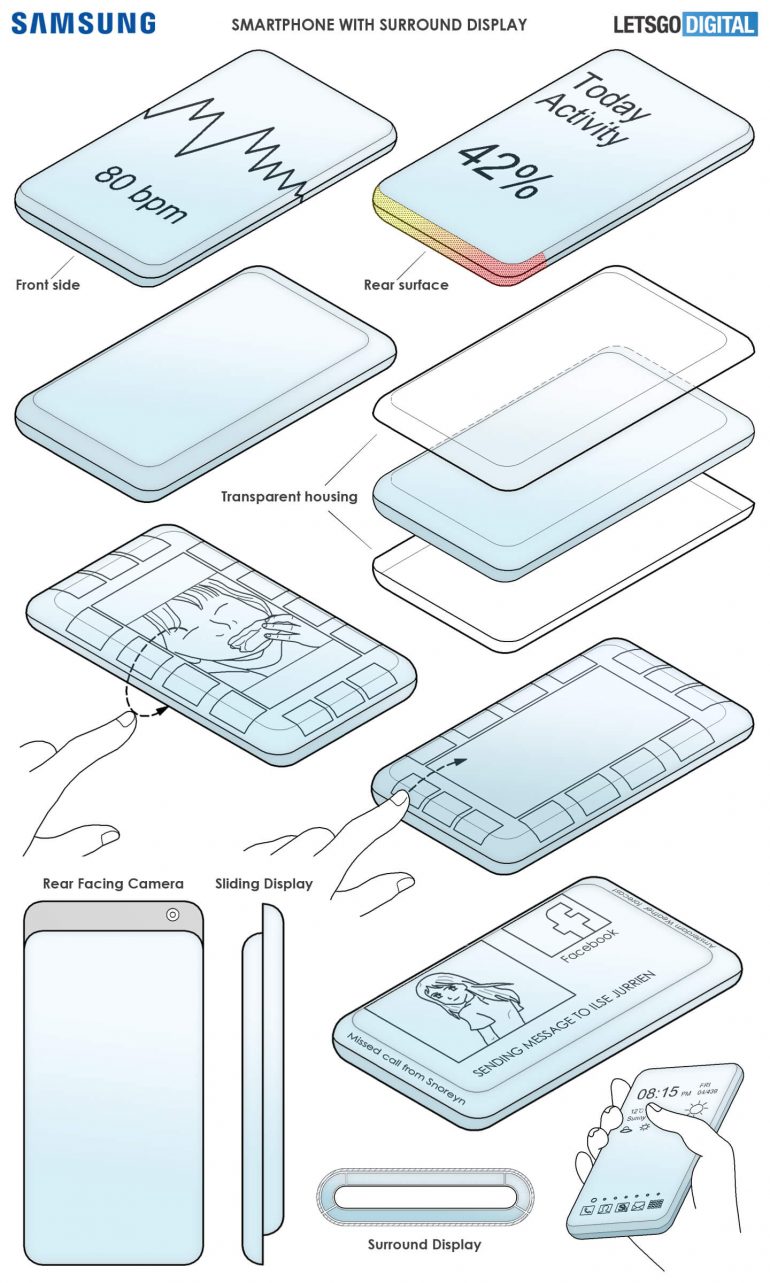 SoundBeamer 1.0 Transmits Music Directly to Your Head Without Headphones