The SEGA Genesis Mini is touted as the best out of all the miniature consoles, and it can be picked up for $49.99 shipped, this week only, originally $79.99. Featuring an ARM-based SOC ZUIKI Z7213 processor, 512MB of flash memory, and two full-sized replica controllers that connect through USB. Product page. Read more for a hands-on video review and additional information.

The Mini includes 40 games, and the language menu allows for multiple regional game variations to be played. For example, you can play Contra: Hard Corps in either English or Japanese depending on the setting you choose. Switching the language from English into Japanese turns Dr. Robotnik’s Mean Bean Machine changes the title into Puyo Puyo. There are two bonus games, Darius and Tetris, which are new ports, as they were never released for the original console. 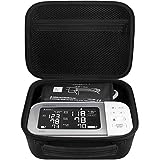 French Film “Television: Eye of Tomorrow” from 1947 Predicted How Humans Would Use Smartphones Today