Photo credit: NASA | JPL-Caltech | SwRI | MSSS | Kevin M. Gill
Yes, solar eclipses really do occur on Jupiter, and they happen when any of the natural satellites of the planet pass in front of the Sun. NASA recently released a series of images captured on September 12th, 2019 of a solar eclipse on Jupiter as its moon, Io, casts a shadow on the gas giant’s north equatorial belt. There are five satellites capable of completely occulting the Sun: Amalthea, Io, Europa, Ganymede and Callisto. All the others are either too small or distant to be able to completely conceal the Sun, so it can only transit the star. Read more for another picture and additional information. 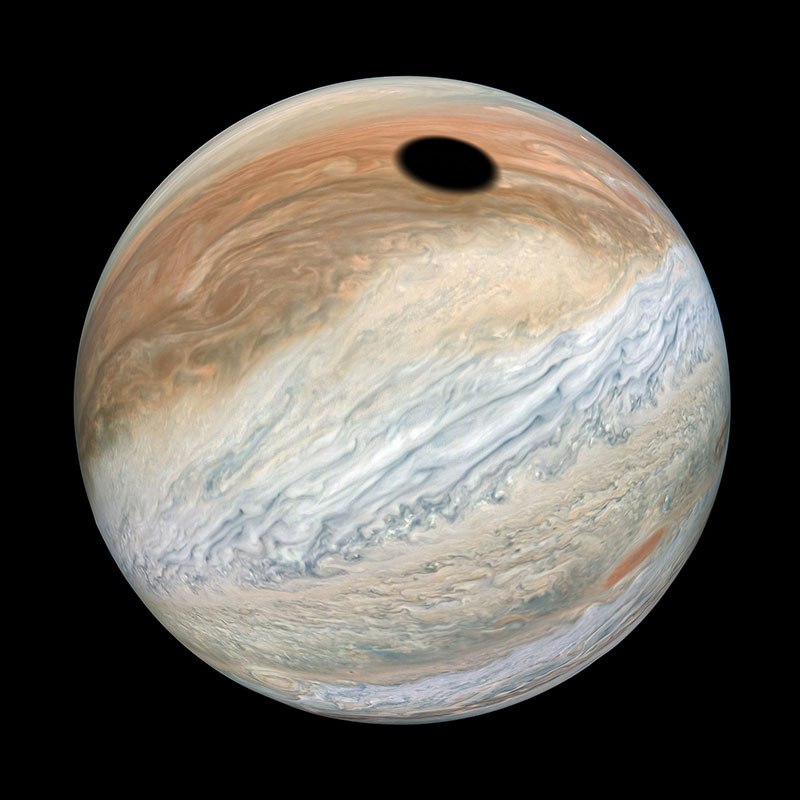 This Lamborghini Gallardo was Built to Go Offroad