Photo credit: Lets Go Digital
Back in June 2019, Sony Interactive Entertainment filed a patent with the INPI (Instituto Nacional da Propriedade Industrial) in Brazil, titled “Configuration applied to / in data recording and storage equipment,” and it was published on November 5, 2019. For those who don’t know, the PS5 Developers Kit was patented by the same office. Read more to see the patent filing and for additional information. 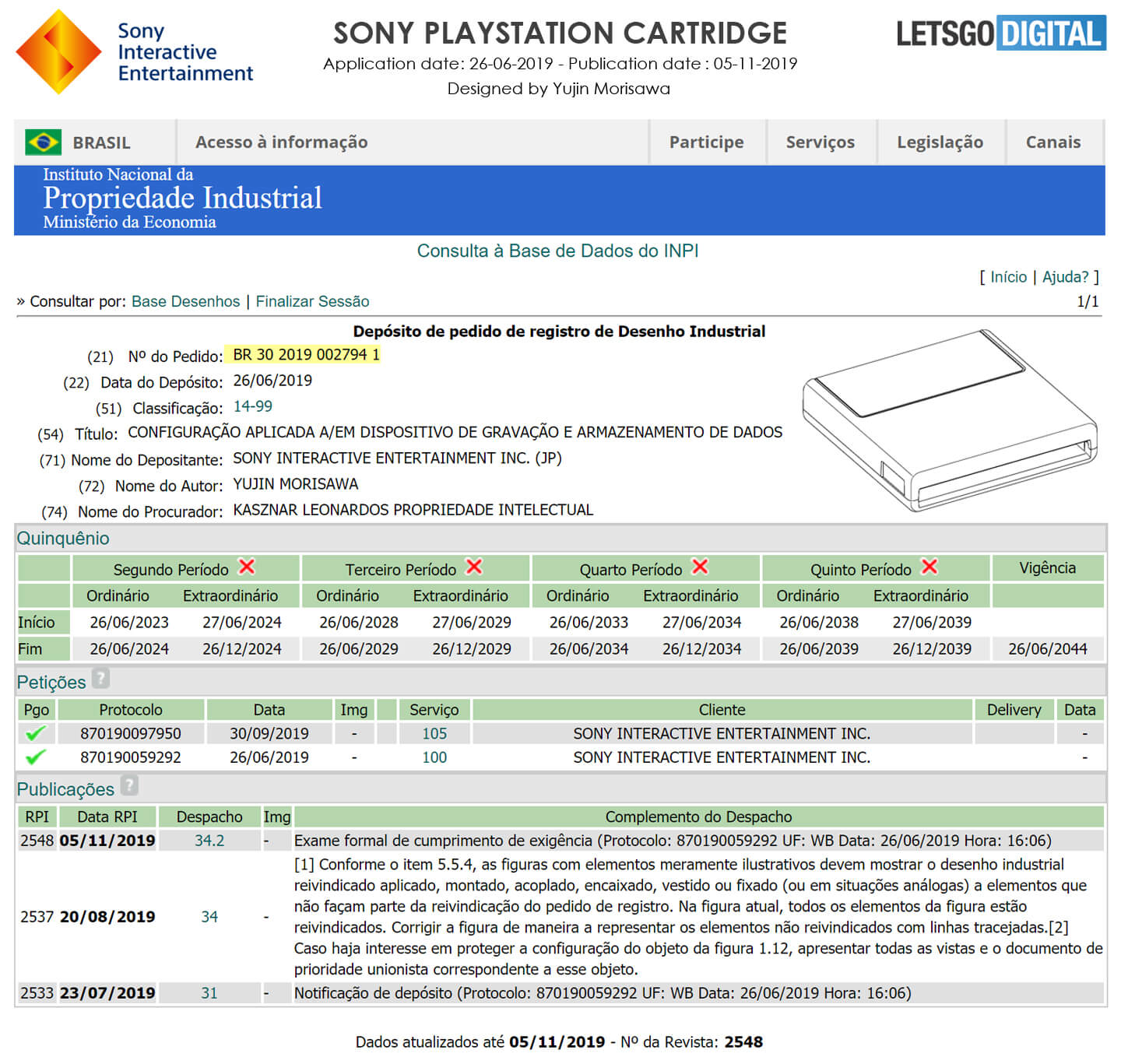 Sony used game cartridges for its handheld devices in the past, like the Vita, but there’s no definite confirmation yet on if this will be for an upcoming portable console or the PS5. Rather than a game cartridge, this could also possibly be a proprietary memory card of sorts for the company’s next-generation devices.