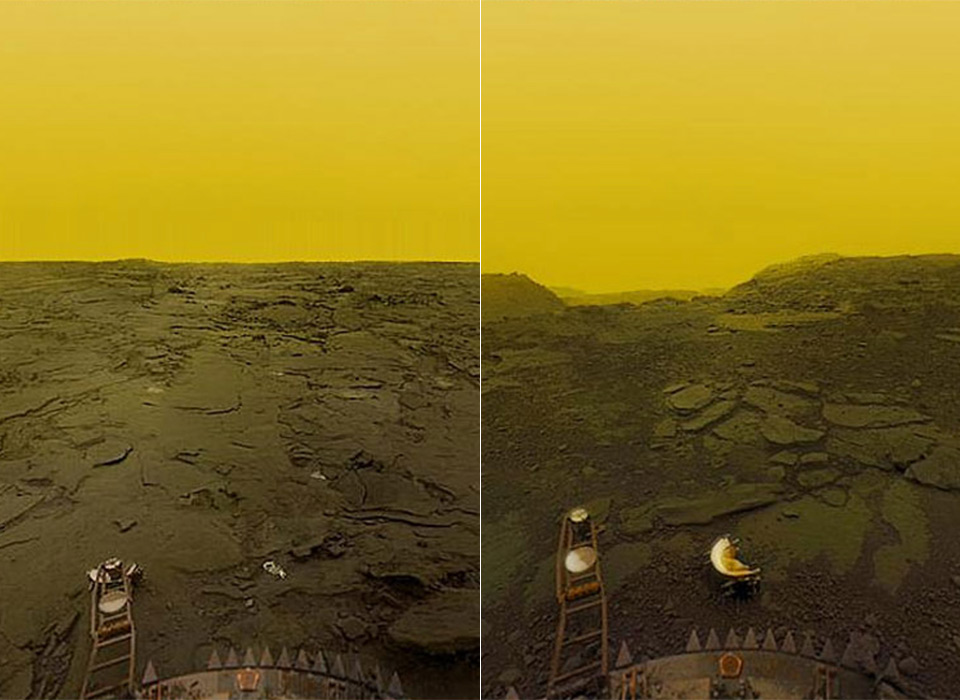 After Venera 13’s launch in 1981 and a four-month cruise to Venus, the descent vehicle separated from the cruise stage and plunged into the Venusian atmosphere on March 1, 1982. After entering the atmosphere, a parachute was deployed at an altitude of 31 mi and simple air-braking was used to slow its journey to the surface. The lander was equipped with cameras to take photograph the ground, while spring-loaded arms measured the compressibility of the soil. Once it landed, an imaging panorama was started and a mechanical drilling arm obtained a sample, which was deposited in a hermetically sealed chamber. Read more for a video and additional information.

An X-ray fluorescence spectrometer determined the composition of the sample determined to be in the class of weakly differentiated melanocratic alkaline gabbroids. The lander functioned for at least 127 minutes in an environment with a temperature of 457 °C (855 °F) and a pressure of 89 Earth atmospheres (9.0 MPa). Microphones recorded atmospheric wind noises in an effort to measure the speed, also making it the first recording of sound on another planet.