Photo credit: Khyzyl Saleem
Automotive designer Khyzyl Saleem has been a fan of the Tesla Cybertruck ever since Elon Musk presented it to the public, but he felt there needed to be another version of it. So, he used the truck as the base, altered a few body lines slightly just to make it a bit more interesting, and then gave it a Trophy Truck-like flair. What he ended up with is a futuristic supercar that wouldn’t look out of place in Bladerunner. Read more for a video and additional information.

The production Cybertruck interior will feature a 17″ center display, seating for 6 using two bench seats with the front middle seat being a fold-down center arm rest, a digital rear-view camera based mirror, a race car style steering yoke, and a marble-inspired dashboard. However, this coupe version only has two seats due to space constraints. 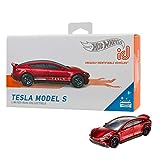 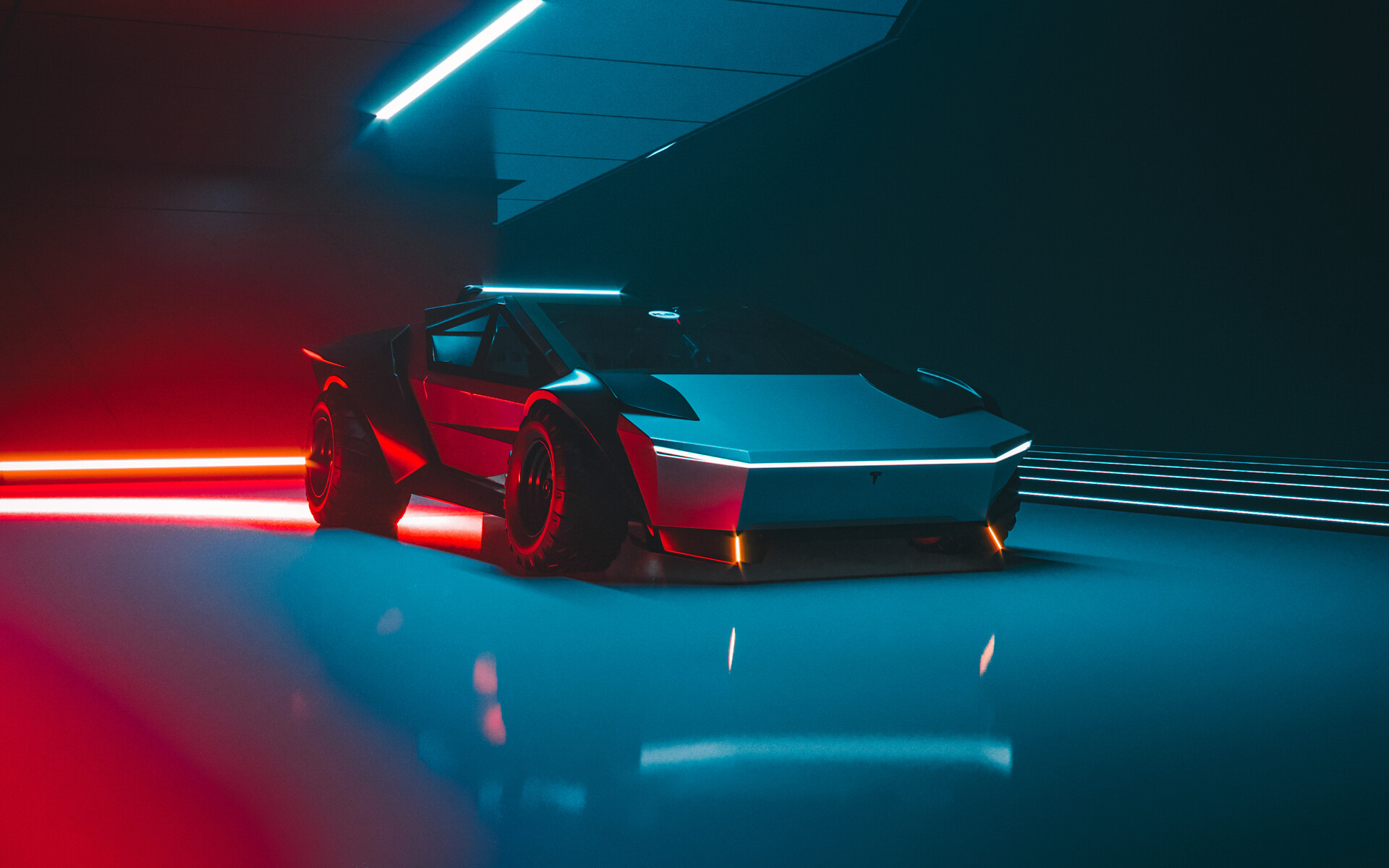 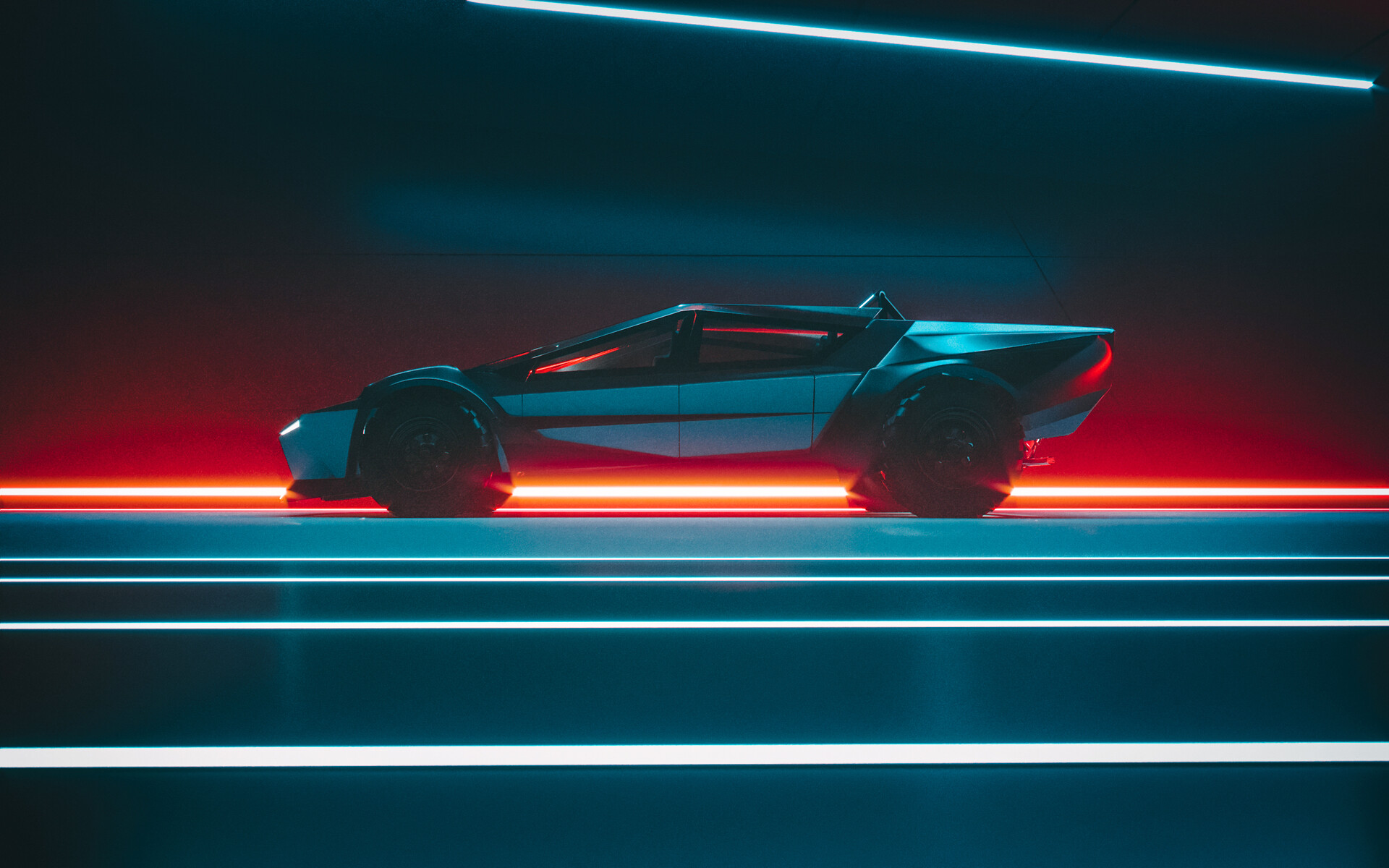 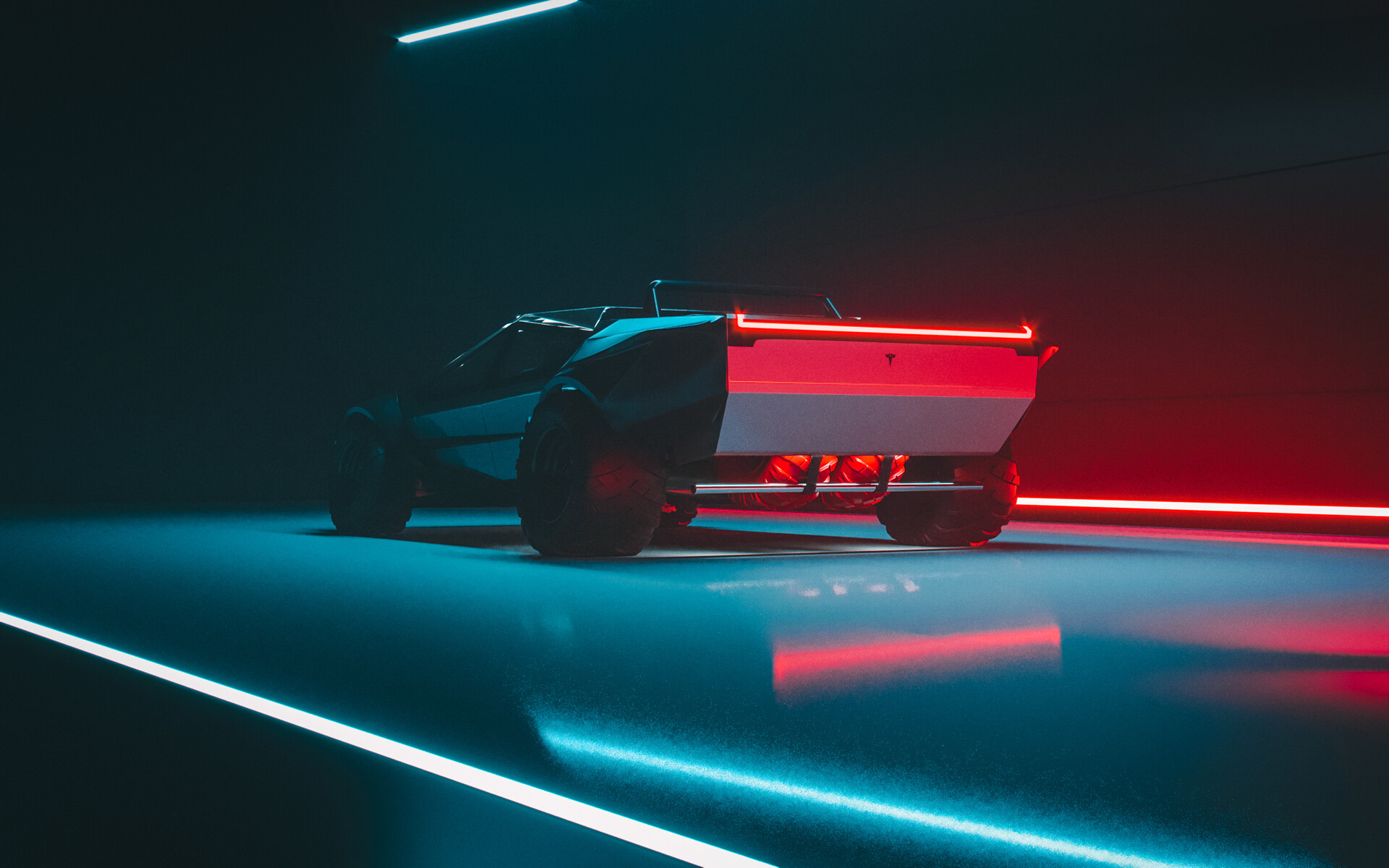 I added fenders that add a bit of curvature to the truck, but still tried to maintain the futuristic element to it. Bertone inspired, still the same size/scale as the original, just on the lowest height setting Genuinely had a blast with this one and happy with the outcome, I will make more renders to show the details properly,” said the deisgner.