Photo credit: Kolsea
Russia-based news outlet Kolsea gives us a first look at what the forthcoming Tesla Model 2 could possibly look like, or at least the version destined for the European and Chinese market. Tesla China recently announced that they were setting up special office to create a “designed in China” electric vehicle (EV) for the global market, and have started taking submissions for invited designers. Read more for another picture and additional information. 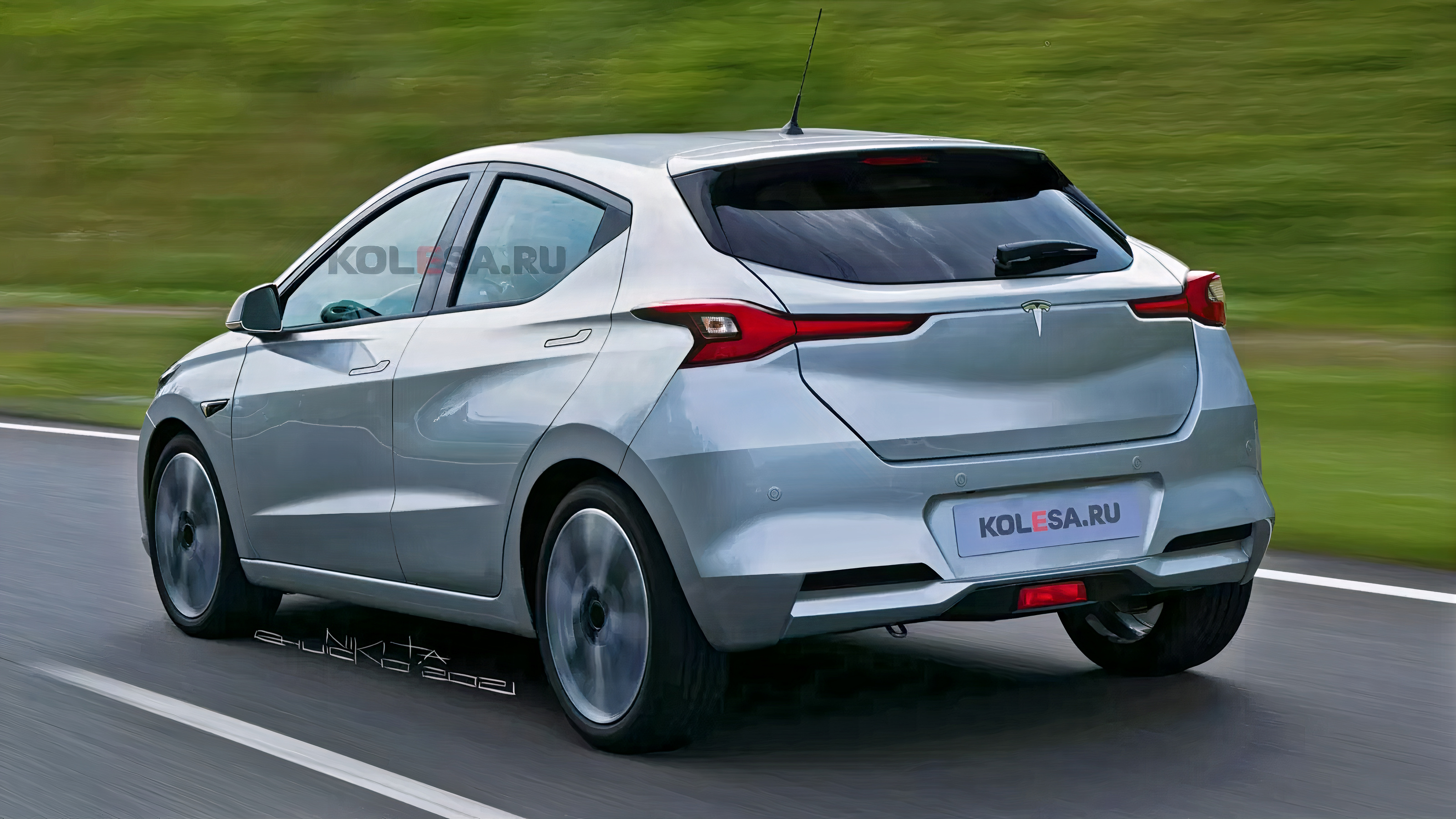 Yes, this does look like it started out as a Euro-spec Nissan Micra with a few Tesla touches added. Whatever the case may be, it will be set to compete with the Volkswagen ID.3, Nissan Leaf, and Chevy Bolt when released. Tesla hopes that it can begin production on this low-cost model some time in 2023, when battery prices drop and the chip shortage subsides.

In early January, we ushered in the long-awaited ‘Made in China’ Tesla. And now, in order to achieve the ‘Made in China’ to change ‘Chinese design,’ Tesla decided to do a very cool thing – set up design center in China, an invitation to the National excellent designers, creative talent,” said a representative from Tesla China.