Photo credit: InsideEVs | Domenick Yoney
Tesla is rumored to be officially unveiling their long awaited electric pickup truck either this month or in September, but Michael Bream of EV West just couldn’t wait. So, he decided to create his own makeshift version using a Tesla Model S and a reciprocating saw, called the “Teslamino”. Despite not having a roof behind the B-pillar, the vehicle retains its structural integrity, even with two bikes out back. Read more for two videos, additional pictures and information.

The Teslamino is still a work in progress, so don’t pay too much attention to the rough edges, but rather know that the finished product will look a lot more polished. In other words, the bodywork will eventually be smoothed out and the passenger compartment re-enclosed, the suspension lifted, all riding on a set of beefy Goodyear Wranglers on the 19-inch wheels. We’ll be sure to keep you posted if there’s an update. 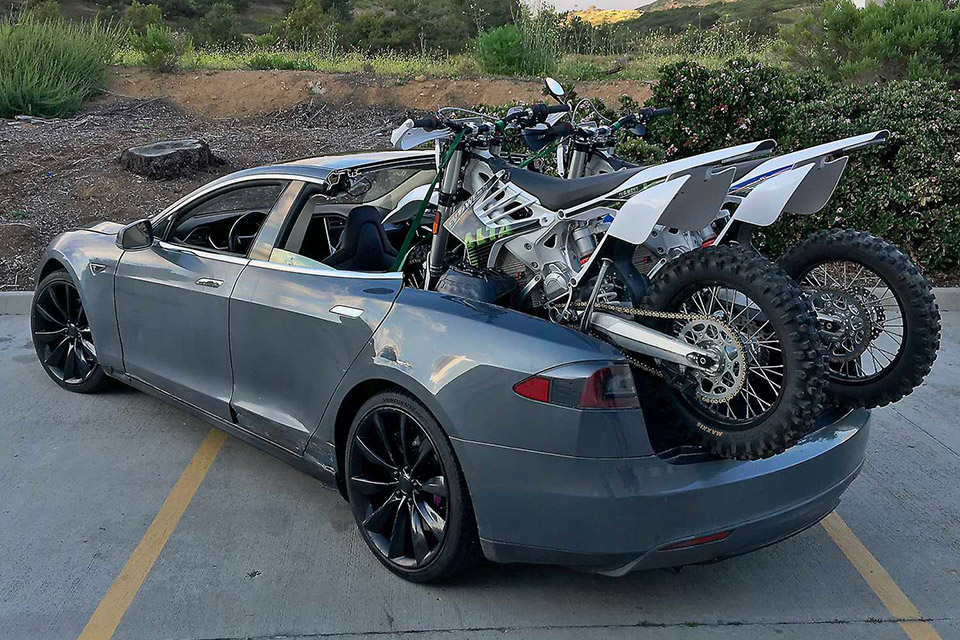 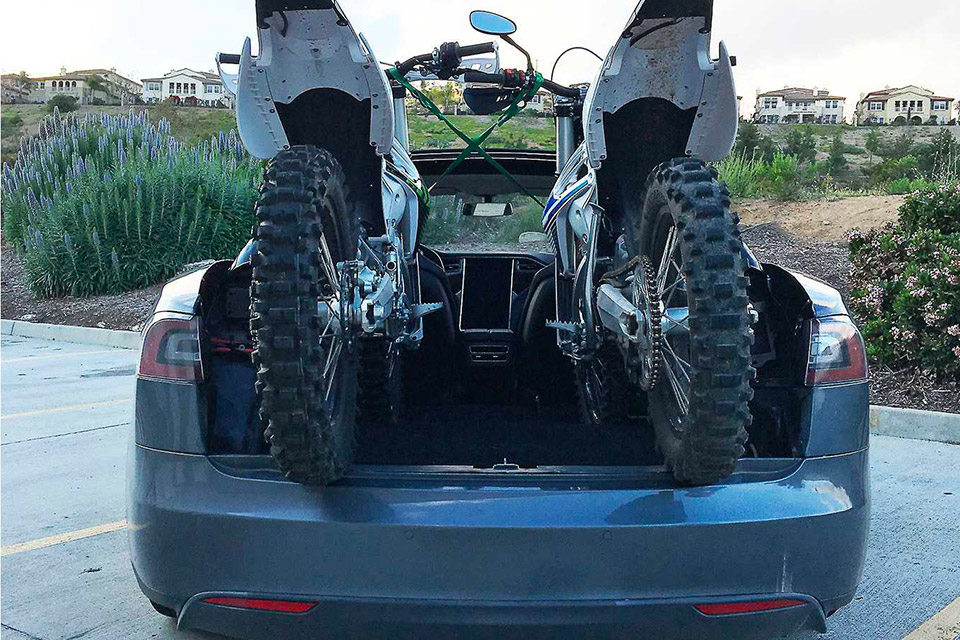 Is this the future of hot-rodding? @EVWestdotcom is ahead of the game doing electric swaps and cutting up Teslas for off-road purposes and we are fully on board. We drop by their HQ and @vin_tra gets behind the wheel of the @teslamino to find out on today's VHS episode. #hooniganVHS #veryhooniganshow