Disney’s The Mandalorian may appear to shoot on location in many scenes, but in reality, they’re using digital sets, in addition to practical, in-camera effects. Epic Games stepped in to develop an innovating technique combining digital sets projected on LED displays with the Unreal game engine for some amazing real-time camera trickery rendered with NVIDIA GPUs. Read more for a video and additional information.

To create these digital sets, they had to first build a 20-foot high, 270-degree semicircular LED video wall with a 75-foot diameter circular stage, while ILM’s digital 3D sets were directly projected on the walls. These were used as stand-alone backgrounds or extensions to practical set pieces placed on the stage. This allowed the production team to add realistic lighting effects mirroring the position of the sun. 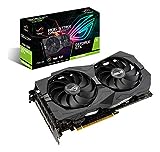